Democrats and members of the establishment media fell for a viral clip purporting that President Donald Trump called asylum seekers “animals” on Friday at an immigration roundtable.

In reality, the clip in question is from an event in May 2018 when the president was clearly referring to members of the MS-13 gang as “animals.” At the time, CSPAN posted a deceptively edited clip that cut out someone else’s remark about MS-13 that the president responded to, making it sound like Trump was talking about immigrants more generally. (RELATED: Media Falsely Accuses Trump Of Calling MS-13 Animals)

The shortened clip was reposted on Friday by Twitter user Mark Elliot, who falsely claimed that the president was referring to “people asking for asylum” and did not indicate that Trump’s remarks were not new.

“We have people coming into the country…You wouldn’t believe how bad these people are. These aren’t people. These are animals,” Trump said in the video.

.@realDonaldTrump on people asking for asylum “These aren’t people. These are animals.” pic.twitter.com/pTKY08Obm2

The fact that Trump held an immigration roundtable on Friday in Texas only added to the confusion of people who believed the remarks were said recently. Just as many members of the media fell for the old CSPAN clip last May, a number of Democrats, journalists, and pundits began tweeting angrily about the president’s “new” comments. 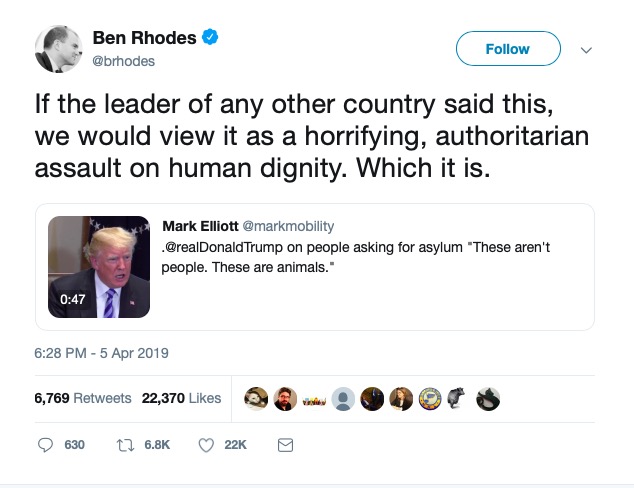 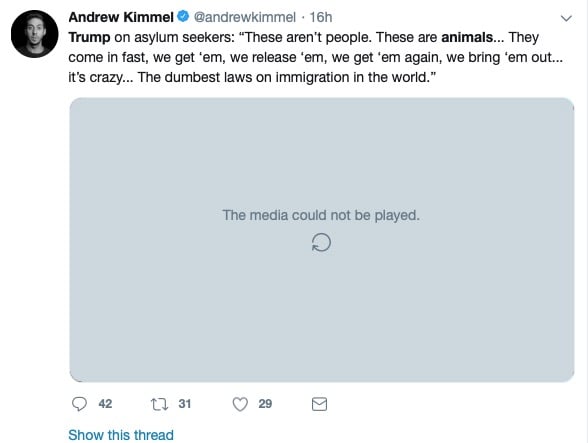 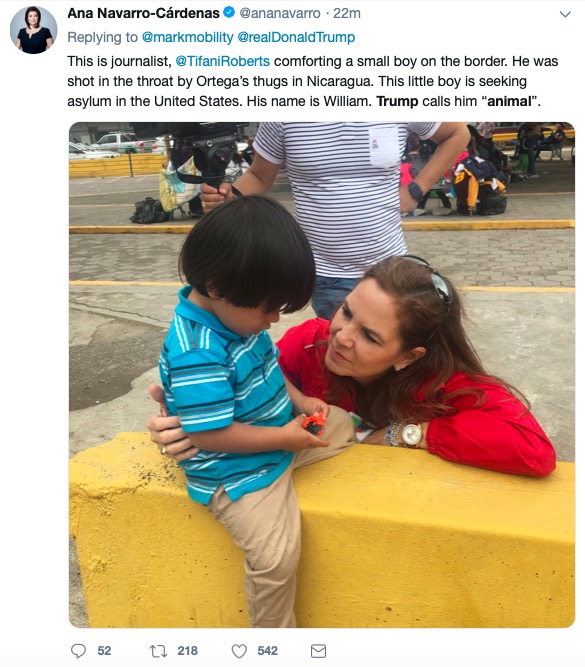 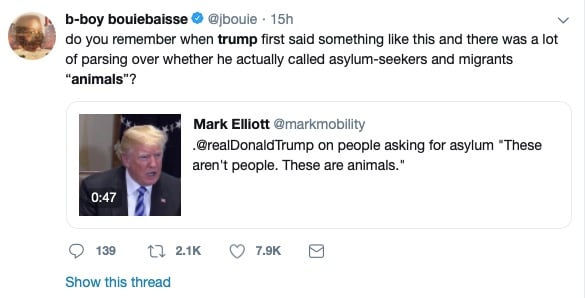 Elie Mystal, Above the Law editor:

Journalist Yashar Ali attempted to clear up the misconceptions about the viral video and noted that even Snopes determined in May 2018 that the president was talking about MS-13.

Now that guests on cable news networks and a presidential candidate are referring to these remarks as new, think it’s important to point out they were made in May 2018, not yesterday. Also, as Snopes pointed out then, Trump was referring to MS-13 membershttps://t.co/LOeAdRd3wx https://t.co/rqPiaa8dks

The president made clear in a separate instance last May that he was referring to the violent El Salvadoran gang, telling a reporter, “I’m referring to the MS-13 gangs that are coming in. If you look a little bit further on in the tape, you’ll see that.”

“So I’m actually surprised you’re asking this question because most people got it right,” Trump said. “MS-13, these are animals.”