“I stood with your Prime Minister at the White House to recognize Israeli sovereignty over the Golan Heights. The Golan Heights is something I’ve been hearing about for a long time,” Trump said at the Republican Jewish Coalition’s annual meeting. “The Golan Heights, so, I was talking to Ambassador Friedman and, not about this, they’ve been trying to get that approved for 52 years. They wanted recognition.”

The American Jewish Committee responded to Trump’s statement on twitter saying, “Mr. President, the Prime Minister of Israel is the leader of his (or her) country, not ours. Statements to the contrary, from staunch friends or harsh critics, feed bigotry.”

This was the not the only comment in Trump’s speech that seemingly conflated Jews and Israelis.

At another point during it, the president accused Democrats of pushing “by far the most extreme, anti-Semitic agenda in history,” and he went on to warn that if Democrats were to successful in their “radical agenda [it] could very well leave Israel out there all by yourselves.” 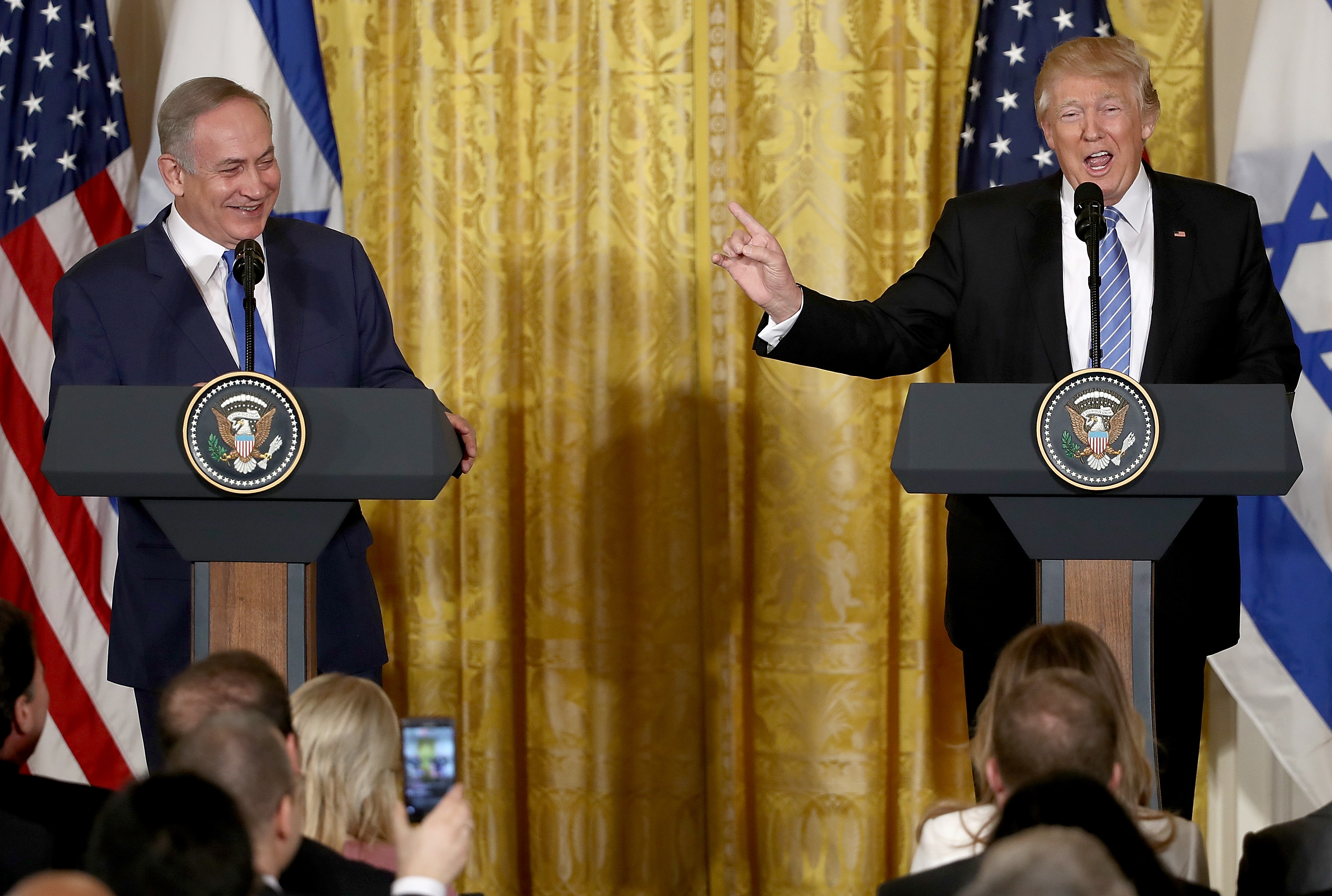 Trump’s decision to speak at the meeting comes as Israel has been in the forefront of the news in recent weeks.

As he mentioned during his speech, Trump officially recognized the Golan Heights as Israeli territory last month. The land has been disputed since Israel captured it in the 1967 Six Day War and later annexed it in a move that had not previously been recognized internationally.

Also on Saturday, Netanyahu announced that should he be reelected this week, he plans on annexing the settlements in the West Bank.