A man was shot to death at a Waffle House in Gainesville, Florida, after handing out $20 bills to patrons in the restaurant.

Craig Brewer, 41, was fatally shot after a man allegedly became upset because Brewer’s generosity didn’t include the woman he came to the restaurant with, according to witnesses, ABC News reported.

Authorities arrested Ezekiel Hicks, 25, on Sunday and charged him with Brewer’s murder.

Video surveillance shows Hicks and Brewer in an altercation, after which Hicks allegedly left the establishment and retrieved a 9mm pistol. Police recovered the gun at the scene of the crime, according to the Alachua County Sheriff’s Office. (Nude Gunman Kills Four At A Tennessee Waffle House)

The altercation “lasted only a few seconds,” the sheriff’s office reported after watching surveillance footage and obtaining recordings of the 911 calls made to police from the scene, ABC reported.

“A dude in a big shirt, a really big dude in a green shirt came in, shot some dude in the head and ran away,” one caller told police, according to ABC20. 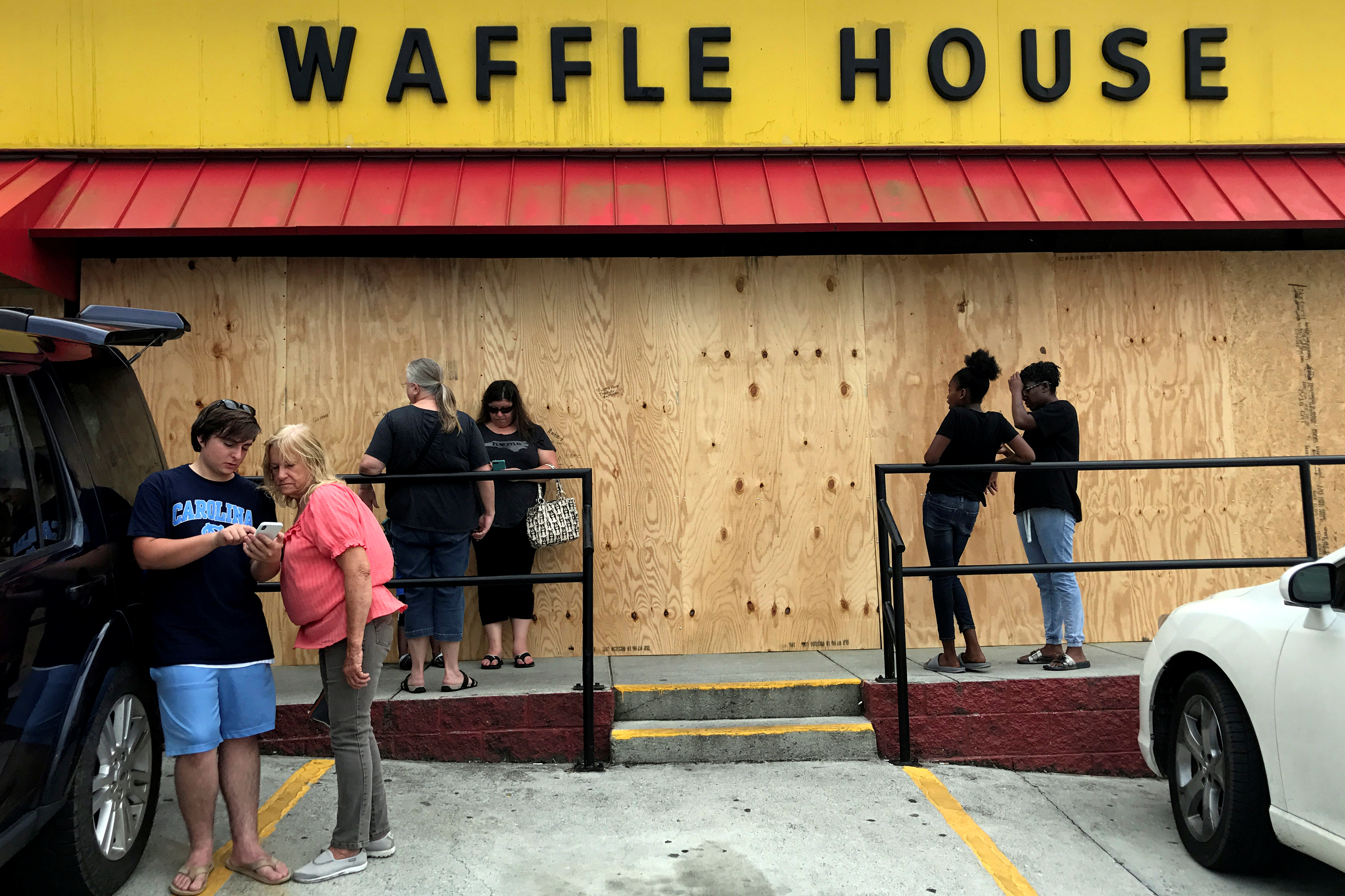 Officers were on their way to the Waffle House, responding to a call saying the restaurant was reaching its maximum capacity when the incident occurred, according to ASO Spokesman Lt. Brett Rhodenizer.

“They feel like they were so close and just far enough away to where they couldn’t change the outcome,” Rhodenizer told ABC News.

“The speed at which it happened and how quickly it went so bad — for both the victim and the suspect — is really kind of the thing that resonates the most with a lot of the folks that have been a part of the investigation,” he added.

The sheriff’s office is continuing to investigate whether the altercation prompted the shooting or whether Hicks and Brewer knew one another prior to the incident.

“The why of this case will persist for days and weeks as we conduct follow-up interviews, but the how is incredibly straightforward,” Rhodenizer said. “Out of all the investigations that I’ve seen, very seldom do you have an incident from start to finish on video that ends in a murder.”

Hicks is being held on first-degree murder charges without bail. He is also charged with illegally carrying an unlicensed weapon, according to ABC.

1
Farrakhan Accuses Fauci And Bill Gates Of Plotting To 'Depopulate The Earth' With Coronavirus Vaccine
US
2
Here's How Dem Candidates Who Supported Ocasio-Cortez's Green New Deal Are Faring In The Primaries
Elections
3
'It's Over': Atlanta Mayor Says Protesters Should Clear Out After 8-Year-Old Girl Shot And Killed
US
4
Police Officer Opens Fire During Altercation Over BBQ. The Video Is Absolutely Insane
Editorial
5
Black Lives Matter Totally Shuts Down Nation’s Capital On Independence Day
US