“One reason White House officials often decline to speak on the record: POTUS will undercut any of them at any time. White House strenuously told Wash Post yesterday that the idea was not under consideration and that we’d be wrong to say it was.”

Mood: “Writing a good headline is one of the things that sparks joy in my life.” — Blake Hounshell, overseeing editor, Politico Playbook.

“It’s starting to feel hot. Oh dear. That means boob sweat is gonna happen soon. What to do, what to do.” — Morgan Jenkins, author, This Will Be My Undoing, visiting assistant professor at Columbia University.

A note on bad hair days…

“’Wind advisory’ did not adequately prepare me for the bad hair day I’m about to have.” — Lara Seligman, Pentagon correspondent, Foreign Policy. (RELATED: Did This TV Journo Dye His Hair Over the Weekend?)

Reuters gets dinged for this headline: “Man arrested after boy falls from balcony at Minnesota’s Mall of America”

Twitchy editor Greg Pollowitz asks, “WTF Reuters? Is it common to arrest someone for attempted murder because of gravity?”

“I worked out an extra 20 min on the elliptical so I could hear his speech in its entirety. I never do that for anyone. (OK, maybe the Bachelor. But still…)” — Jessica Radloff, west coast editor, GLAMOUR.

“I asked Peru’s foreign minister what he might do if sanctions against Maduro start negatively impacting the humanitarian situation in Venezuela. Pompeo stepped in & said I ‘shouldn’t ask questions like that’ & accused me of blaming the crisis on the US. I didn’t, but you decide.” — John Hudson, national security reporter, WaPo. 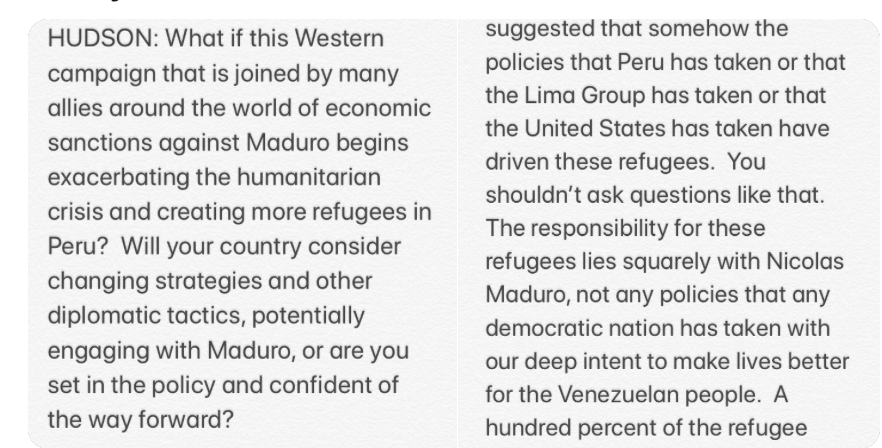 “Today was unreal. But what I am even more blown away by is that this morning, my husband woke up early, fed the dogs, went to church, came home, and wrote that launch speech by himself. He never fails to amaze me.”— Chasten Buttigieg, husband to Mayor Pete Buttigieg, who announced his candidacy for president over the weekend. “Yes. This morning. He’s been noodling on it for weeks. Didn’t even have a cup of coffee because he gave it up for Lent. (How?!?!) Buddy, Truman, and I felt very guilty for sleeping in.”

Editor talks angry reader into not dumping his subscription

“I talked an angry ‘cancel my subscription!’ reader around and am quietly pleased. A decent reply to a pissed-off reader can, apparently, work small miracles.” — Lane Greene, language columnist, editor, The Economist.

Condolences to… Politico Florida reporter Marc Caputo. His mother, Jill Cass, has died. She was 78. He wrote, “Thank you to everyone for your offer or support, condolences l, prayers and kind words. I’m sorry I can’t personally reply to you all.” He also apologized for his typos. “Bye mom, I love you,” he wrote and linked to her obituary at keysnews.com.

NYP‘s Maureen Callahan goes to see the Clintons in conversation. She was utterly bored except for that heckler who spiced things up before he was thrown out. Here. She writes that the Clinton’s have suffered the three D’s — they’ve been “dismissed, defanged and declawed” by their own party.

Meghan McCain puts on brave face after SNL parody: “I’m not supposed to be on twitter because of hiatus BUT this sketch is hilarious, and being parodied by @SNL is a huge pop cultural honor. – Signed, your old intern and ‘the princess of Arizona.’ — Meghan McCain, co-host, ABC’s “The View.”

Khloe Kardashian does her best to put her baby, True‘s, 1-year-old birthday before her bad blood with her baby daddy Tristan Thompson. But honestly, her behavior is not that great. Here.

Reporters ‘don’t like’ Tiger Woods: “The truth: most people in my business that cover golf don’t like Tiger because he & his people have made their life miserable. I think when Tiger’s life melted down, they all wanted a tearful public moment — something authentic for the cameras. And he wouldn’t give them that.” — Mike Wise, WUSA9, formerly, ESPN.

Carmine Sabia, managing editor, The Federalist Papers: “Hi Cher. We are keeping our eyes open. And we see that you have taken no Dreamers into your house and do not want them in your city. Bitch.”

Here’s what Cher wrote on Sunday: “I Understand Helping struggling Immigrants, but MY CITY (Los Angeles) ISNT TAKING CARE OF ITS OWN. WHAT ABOUT THE 50,000+Citizens WHO LIVE ON THE STREETS. PPL WHO LIVE BELOW POVERTY LINE,& HUNGRY? If My State Can’t Take Care of Its Own (Many Are VETS) How Can it Take Care Of More.”

S.E. Cupp and husband get sprayed with a lot of beer: “Had to share this photographic luck. Hubby ordered the ‘Mega Mug’ beer. I took a pic, but literally one second later, the bottom of the mug FELL OFF, smashing to the table and spraying us both with a quart of beer. In the before pic, zoom in and see the crack in the glass. WTF.” — CNN’s S.E. Cupp, who is married to John Goodwin, veep, communications, The Weather Channel. 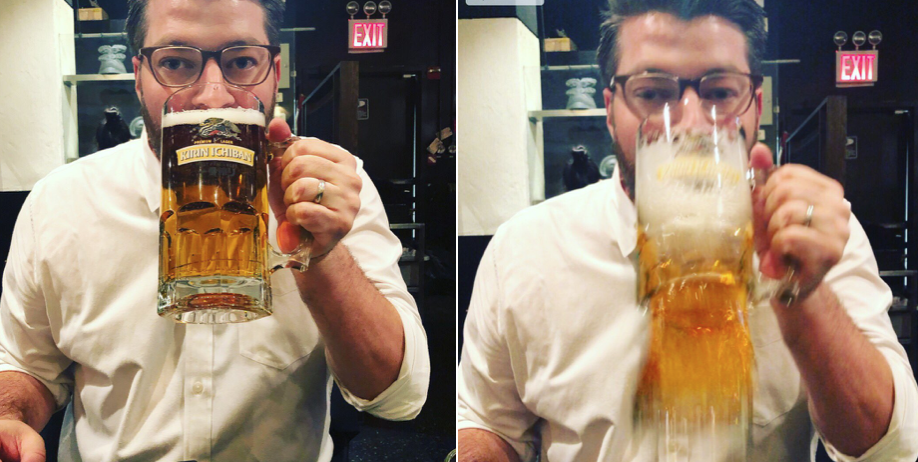 The White House in pictures…

Sanctuary at the WH for a Mourning Dove in a Magnolia tree by the Colonnade spotted last Tuesday and posted as an Official White House Photo by Shealah Craighead. pic.twitter.com/rhkbygdzFO