The roof and spire of the cathedral caught fire, leaving some to describe the scene as “the end of the world.” While terrorist groups such as ISIS are celebrating over the destruction of this historic landmark, arson and terror-related motives are not suspected, although an investigation into the cause of the fire is still ongoing. (RELATED: The Vatican Releases Statement On Notre Dame Fire)

TOPSHOT – (COMBO) This combination of pictures created on April 16, 2019, shows a view (L) of Notre-Dame Cathedral’s steeple and spire taken on December 9, 2018, and the same view as it is collapsing during a fire on April 15, 2019. (OLIVIER MORIN,GEOFFROY VAN DER HASSELT,BERTRAND GUAY/AFP/Getty Images)

Firefighters attempted to put the fire out, but because of the roof’s Gothic, medieval design renders it virtually waterproof, architecture expert Ted Henderson told The Daily Caller News Foundation on Monday.

“So the wood catches on fire, and it’s not actually exposed to the outside of the building anywhere,” Henderson said.  “In fact, the reason the roof is covered with lead is so water can’t get inside. It’s specifically fireproofed. So when the firemen, you know, arrive on the scene and they’re spraying cathedral with water, it’s running off the sides of the lead roof and can’t access this void where the fire is actually spreading.” 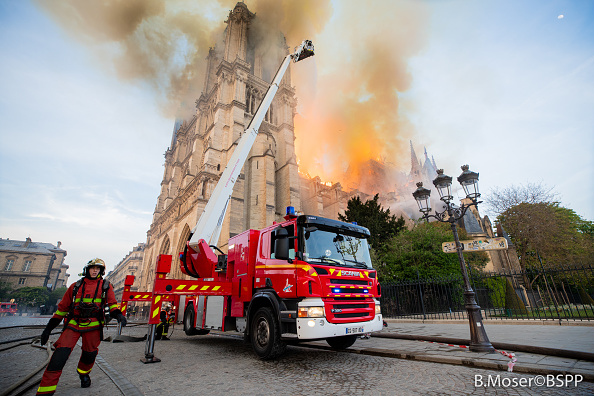 Outside the burning cathedral, dozens of French Catholics gathered to pray and sing. 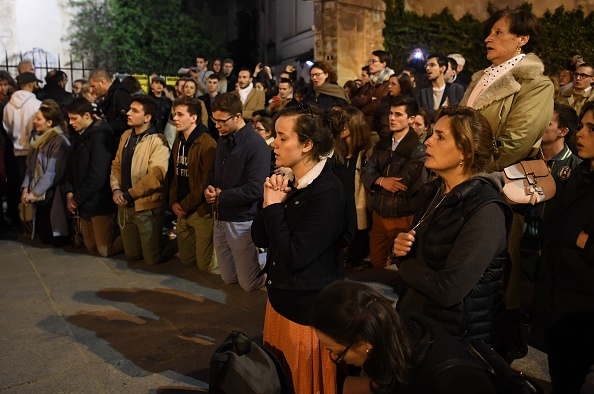 People kneel on the pavement as they pray outside watching flames engulf Notre-Dame Cathedral in Paris on April 15, 2019.  (ERIC FEFERBERG/AFP/Getty Images)

Despite the size of the fire, much of the artwork, and many of the Sacraments were rescued, and the walls of the Cathedral are still standing, and so is the Cross. 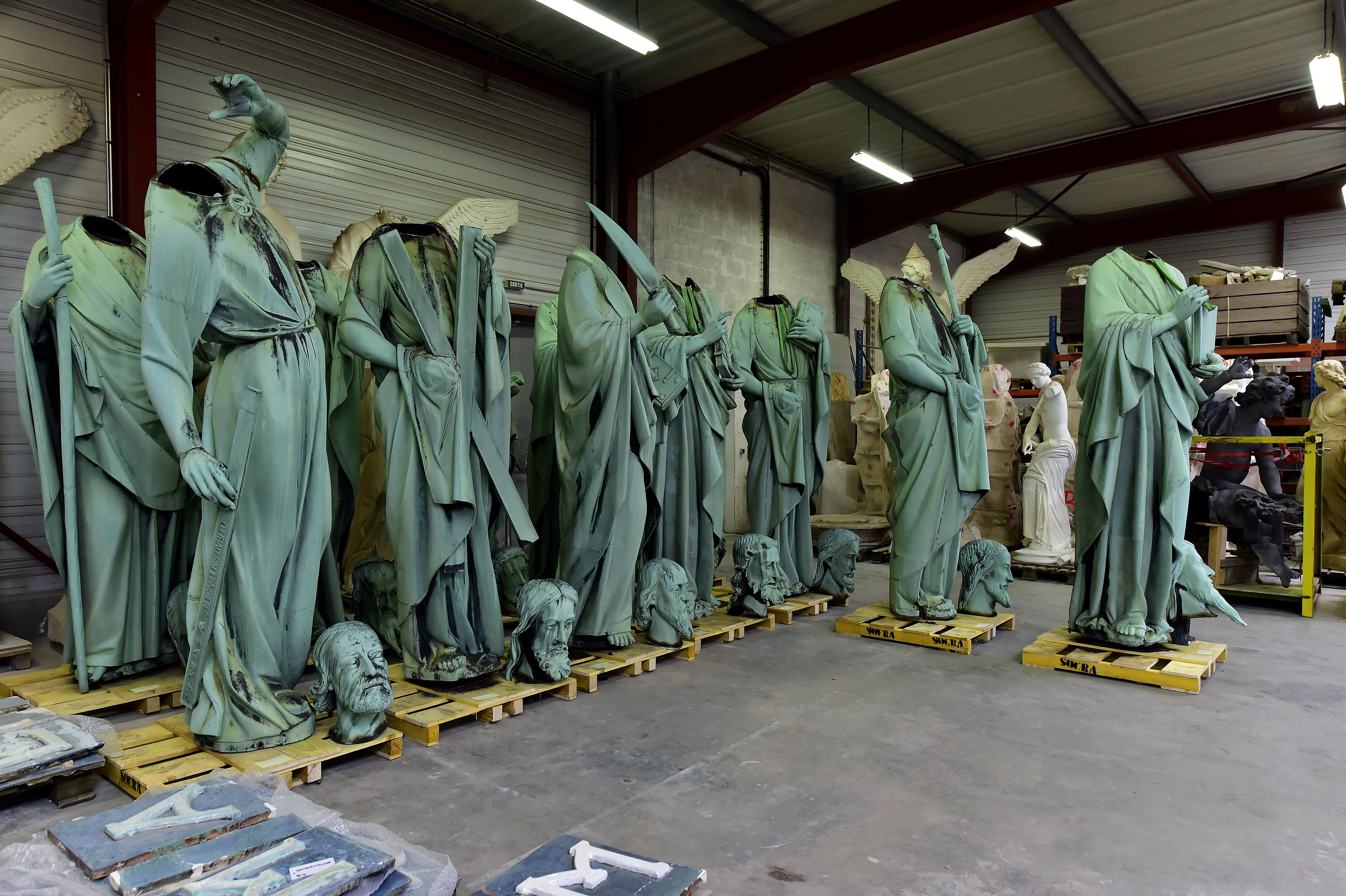 A picture taken in Marsac-sur-Isle near Bordeaux, on April 16, 2019 shows statues which sat around the spire of the Notre-Dame cathedral in Paris, stored in SOCRA workshop before restoration. (Photo: GEORGES GOBET/AFP/Getty Images) 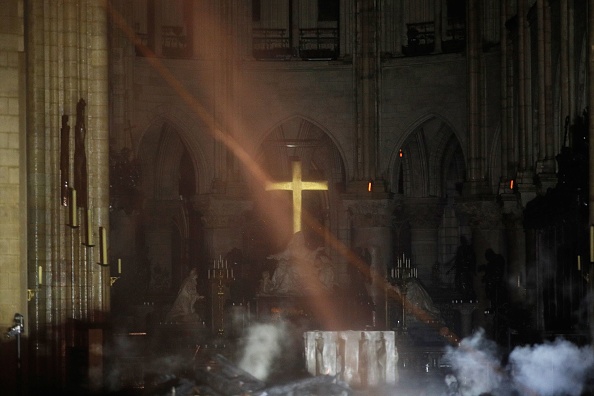 TOPSHOT – Smoke rises around the alter in front of the cross inside the Notre-Dame Cathedral as the fire continues to burn on April 16, 2019 in the French capital Paris. (PHILIPPE WOJAZER/AFP/Getty Images) 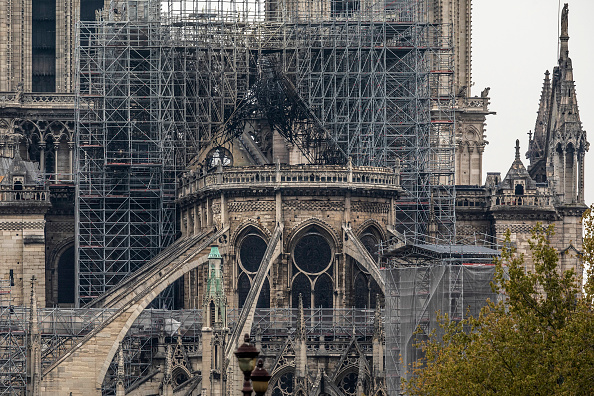