After nearly two years of investigation, a redacted version of special counsel Robert Mueller’s report is set to be released on Thursday morning.

The report, which clocks in at nearly 400 pages, will contain Mueller’s findings about Russian efforts to influence the 2016 election. It will also detail the investigation into whether members of the Trump campaign conspired with Russians, and whether President Trump himself attempted to obstruct the FBI’s probe by firing James Comey as FBI director.

Attorney General William Barr has already revealed that Mueller & Co. were unable to establish that Trump associates conspired with Russia. But the report will likely shed light on how the investigation unfolded, and what other information was uncovered about any Russian attempts to infiltrate the campaign. (RELATED: Mueller Finds No Collusion)

Here is a guide for the report’s release.

Where will it be released?

The Justice Department has said the report will be sent to Congress and made public. It will likely be posted online, and can also be found at DailyCaller.com.

What will be in the report?

A lot. The report is the product of a 22-month investigation that relied on 2,800 subpoenas, 500 witness interviews, 19 prosecutors, 50 FBI agents and a review of millions of pages of emails and financial documents.

Mueller indicted or obtained guilty pleas for 34 separate individuals and three Russian companies. Details of those investigations are likely to be included in the report.

What do we know about Mueller’s findings so far?

“[T]he investigation did not establish that members of the Trump campaign conspired or coordinated with the Russian government in its election interference activities,” Mueller’s report says, according to Barr.

Barr also revealed that Mueller “did not find that the Trump campaign, or anyone associated with it, conspired or coordinated with the Russian government in these efforts, despite multiple offers from Russian-affiliated individuals to assist the Trump campaign.” 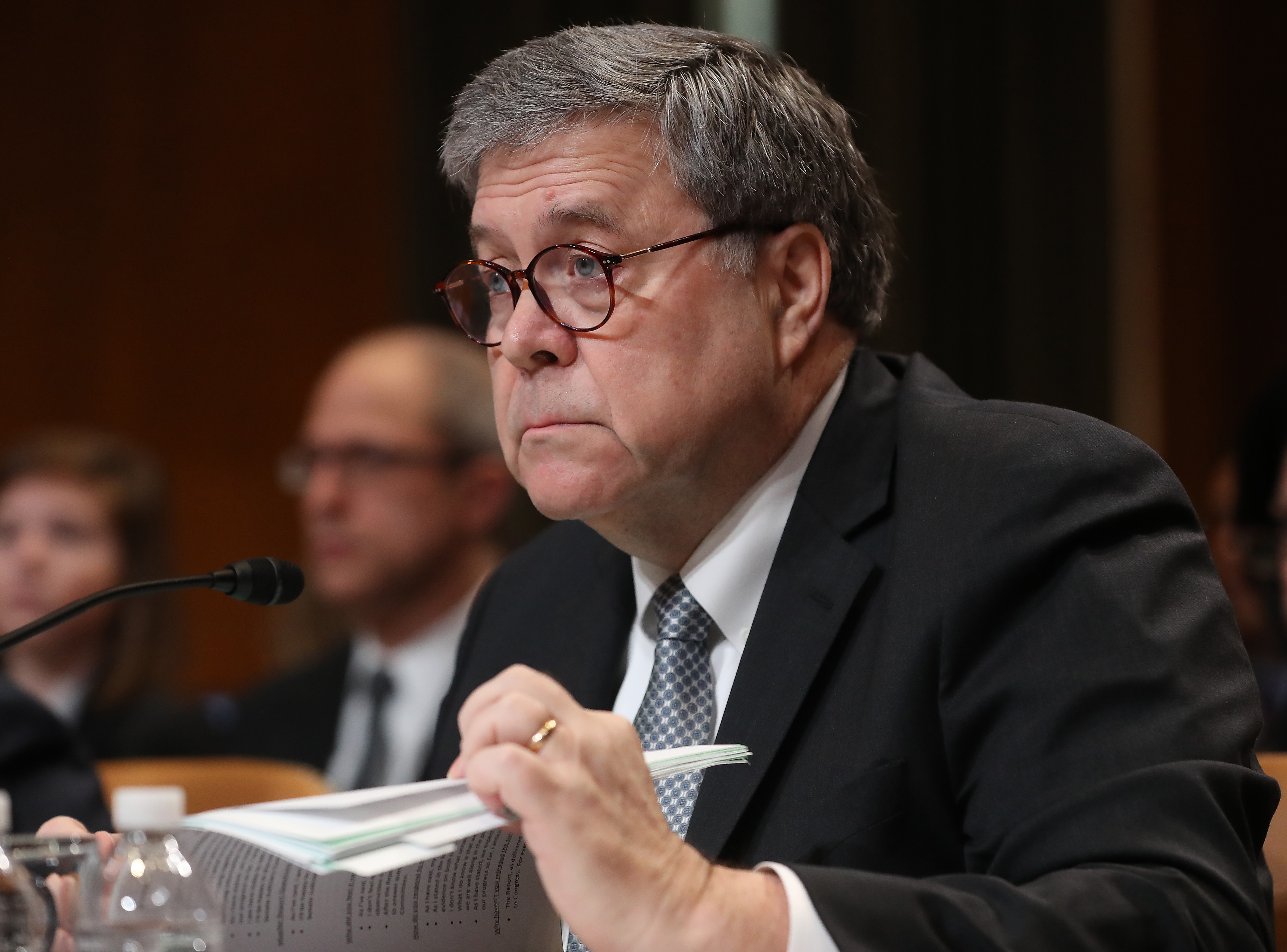 Barr said that Mueller was less definitive on the question of obstruction.

“While this report does not conclude that the President committed a crime, it also does not exonerate him,” the Mueller report states.

Barr said that after consulting with Deputy Attorney General Rod Rosenstein and DOJ lawyers, he decided against pressing charges on the obstruction issue.

One rationale for that decision was that Mueller did not establish an underlying crime, conspiracy with Russia, to obstruct.

What information will be withheld?

Barr has said that the Justice Department will redact four broad categories of information.

Grand jury, or 6(e) material: It is illegal to release information provided to a grand jury without a judge’s authorization, and Barr has not asked any courts to release the information.

The White House has reportedly chosen not to exercise executive privilege to block the release of any of that information.

Information that involves ongoing investigations: The Mueller probe spawned numerous investigations that are now being handled by U.S. attorney offices in Virginia, New York and Washington, D.C. One example is Roger Stone, the longtime Trump confidant who was indicted by Mueller on Jan. 24. His case is being handled by the U.S. Attorney’s Office in Washington. Information that pertains to that case is likely to have some redactions.

Private and derogatory information: Redactions will be made for information that, if released, would “unduly infringe on the personal privacy and reputational interests of peripheral third parties.”

Will the full report ever be made public?

Probably, but it remains to be seen if that process will take months, or years.

Democrats have said that they will subpoena the full report to view grand jury information. According to one report, Democrats on the House Judiciary Committee are prepared to subpoena for the redactions as early as Friday.

Will we hear from Mueller?

Democratic California Rep. Adam Schiff, the Democratic chairman of the House Intelligence Committee, has said it is “inevitable” that Mueller will testify before Congress.

Republicans have also indicated they want to hear from Mueller. Georgia GOP Rep. Doug Collins, the top Republican on the House Judiciary Committee, on April 8 called on Mueller to testify “immediately.”

How is Trump preparing for the report?

Trump is reportedly in good spirits, largely due to Barr’s letter and his congressional testimony last week vowing to investigate the FBI’s handling of the Russia probe.

Trump has also posted several tweets to express his thoughts on the upcoming report.

No Collusion – No Obstruction!

But some at the White House are reportedly on edge about Mueller’s findings.

According to one press report, White House officials are preparing for Trump to lash out against any embarrassing details about his administration that might end up in the Mueller document.

Former Trump attorneys who worked on the Russia investigation have said they expect the report to contain information that Democrats can spin against Trump. John Dowd, who was Trump’s lead Russia lawyer until last year, told The Daily Beast that the sheer volume of the report suggests that there will be negative information in the report.

“We know that the plane landed safely, with no injuries and no damage to the aircraft,” Trump lawyer Jay Sekulow told The Atlantic.

“Now we’ll find out if the landing was really smooth or a little bumpy.”

How will the media cover it?

The liberal press has already shifted away from focusing on the collusion aspect of the investigation, which outlets like CNN, MSNBC, The Washington Post and New York Times have touted for more than two years. The focus has since turned to the obstruction component, as Mueller’s finding there seems to have more opportunity for drama.

Will we learn more about the Steele dossier, or the origins of the Russia probe?

The FBI officially opened its counterintelligence investigation into the Trump campaign on July 31, 2016, after receiving a tip from the Australian government regarding George Papadopoulos, a young Trump aide.

The investigation gained steam after the FBI began receiving reports from Christopher Steele, a former British spy who worked during the campaign for Hillary Clinton’s campaign and the DNC.

Steele compiled a series of memos that alleged a “well-developed conspiracy” between the Trump team and Kremlin. Steele also alleged that the Russian government had blackmail material on Donald Trump.

What the FBI and Mueller team found regarding the dossier is still a mystery. Mueller & Co. reportedly interviewed Steele soon after the special counsel’s probe began on May 17, 2017. Since then, many of the dossier’s claims have come under intense scrutiny.

In one example, former Trump lawyer Michael Cohen told Congress on Feb. 27 that he has never visited Prague, which is where the dossier claims Cohen secretly met Kremlin insiders in August 2016. (RELATED: Michael Cohen Puts Dagger In The Heart Of Steele Dossier)

The FBI relied heavily on the dossier to obtain surveillance warrants against another Trump campaign adviser, Carter Page.

Page, who testified to Mueller’s grand jury on Nov. 17, 2017, faced no charges in the Mueller probe.

It also appears that the FBI’s initial premise for the counterintelligence investigation, Papadopoulos, went nowhere. Papadopoulos pleaded guilty in the special counsel’s probe on Oct. 5, 2017, and has served a 14-day jail term. But the guilty plea was for making false statements to the FBI, not for conspiring with Russia.