California’s minimum wage increase has cost the state thousands of jobs worth of growth in the state’s booming restaurant industry, according to a recent study by the University of California Riverside.

“The research does not suggest that the minimum wage should not rise or that rising wages do not have any benefits,” the study’s author Christopher Thornberg said in a statement, according to Restaurant Business Online. (RELATED: Almost Three-Quarters Of Economists Say A $15 Minimum Wage Is A Bad Idea)

“However, increases to the state’s minimum wage in recent years have been the fastest since California first set a minimum wage in 1916 — and that pace is creating certain negative consequences for smaller businesses and people who need the most help rising out of poverty,” Thornberg said.

“Data analysis suggests that while the restaurant industry in California has grown significantly as the minimum wage has increased, employment in the industry has grown more slowly than it would have without minimum wage hikes,” the study, published in April, says. “The slower employment is nevertheless real for those workers who may have found a career in the industry.”

“The impact of a higher real minimum wage on employment growth is roughly twice as high in low income compared to higher income communities in full-service restaurants,” the study says. Employment throughout the restaurant industry is affected more in poorer areas. 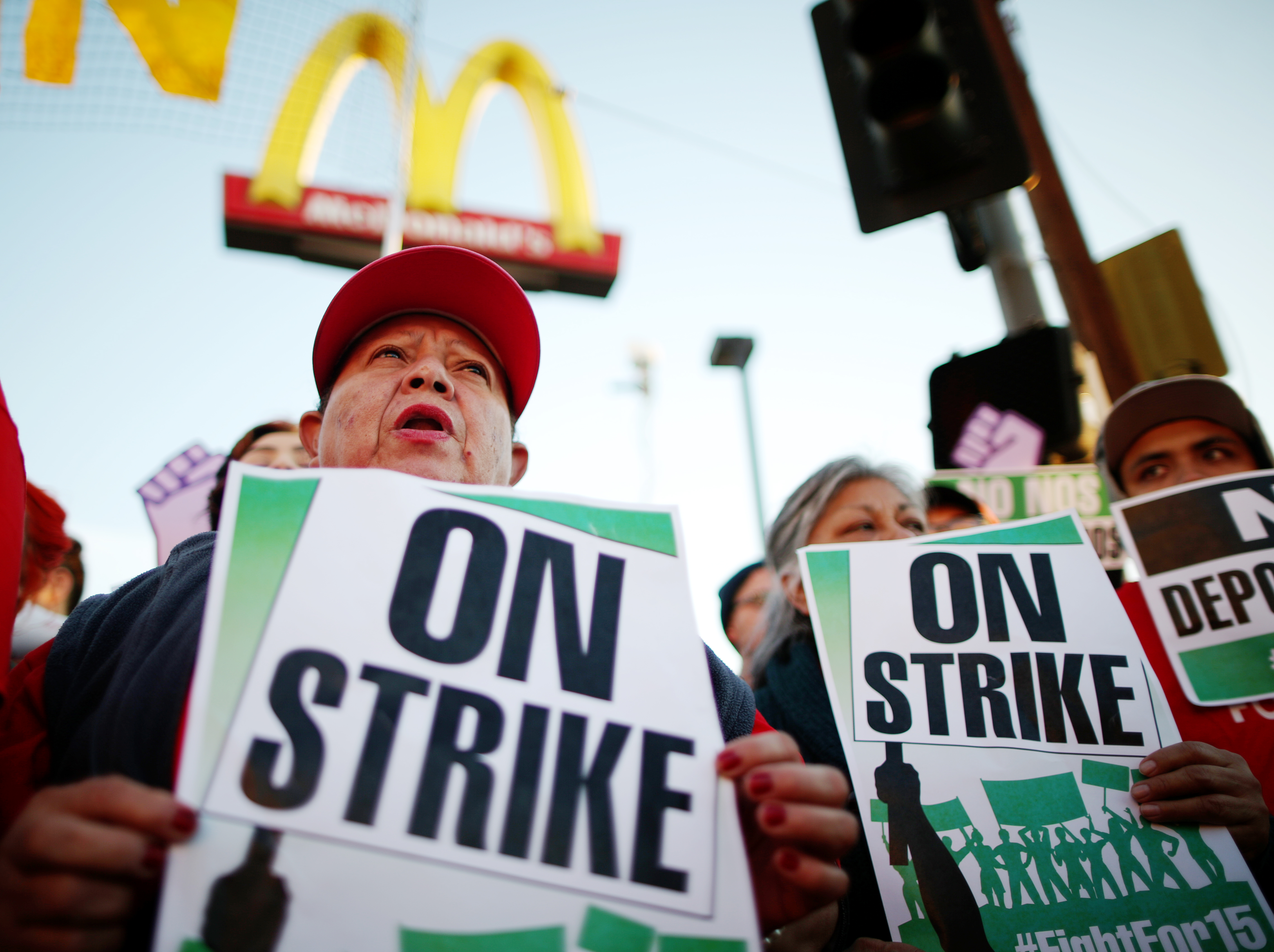 Protesters call for a minimum wage of $15 an hour during a demonstration in Los Angeles, Nov. 29, 2016. REUTERS/Lucy Nicholson

Researchers estimate that the minimum wage increases will cost the state roughly 30,000 jobs from 2017 to 2022.