President Donald Trump threatened Congress over impeachment Wednesday morning saying he would immediately head to the Supreme Court and alleging that the Democrats were the ones who committed crimes.

Trump mentioned special counsel Robert Mueller’s investigation, which found no collusion or obstruction by the president, saying the report was written by “Angry Democrats and Trump Haters” and that he “DID NOTHING WRONG,” in a pair of tweets Wednesday morning.

The Mueller Report, despite being written by Angry Democrats and Trump Haters, and with unlimited money behind it ($35,000,000), didn’t lay a glove on me. I DID NOTHING WRONG. If the partisan Dems ever tried to Impeach, I would first head to the U.S. Supreme Court. Not only……

Trump also mentioned there were no “High Crimes and Misdemeanors” and that all of the crimes that were committed were done by former presidential candidate Hillary Clinton, the Democratic National Committee and “Dirty Cops.” The president also said Republicans “won” after the Mueller report was released and that Democrats are looking at Congress “as last hope!”

…..are there no “High Crimes and Misdemeanors,” there are no Crimes by me at all. All of the Crimes were committed by Crooked Hillary, the Dems, the DNC and Dirty Cops – and we caught them in the act! We waited for Mueller and WON, so now the Dems look to Congress as last hope! 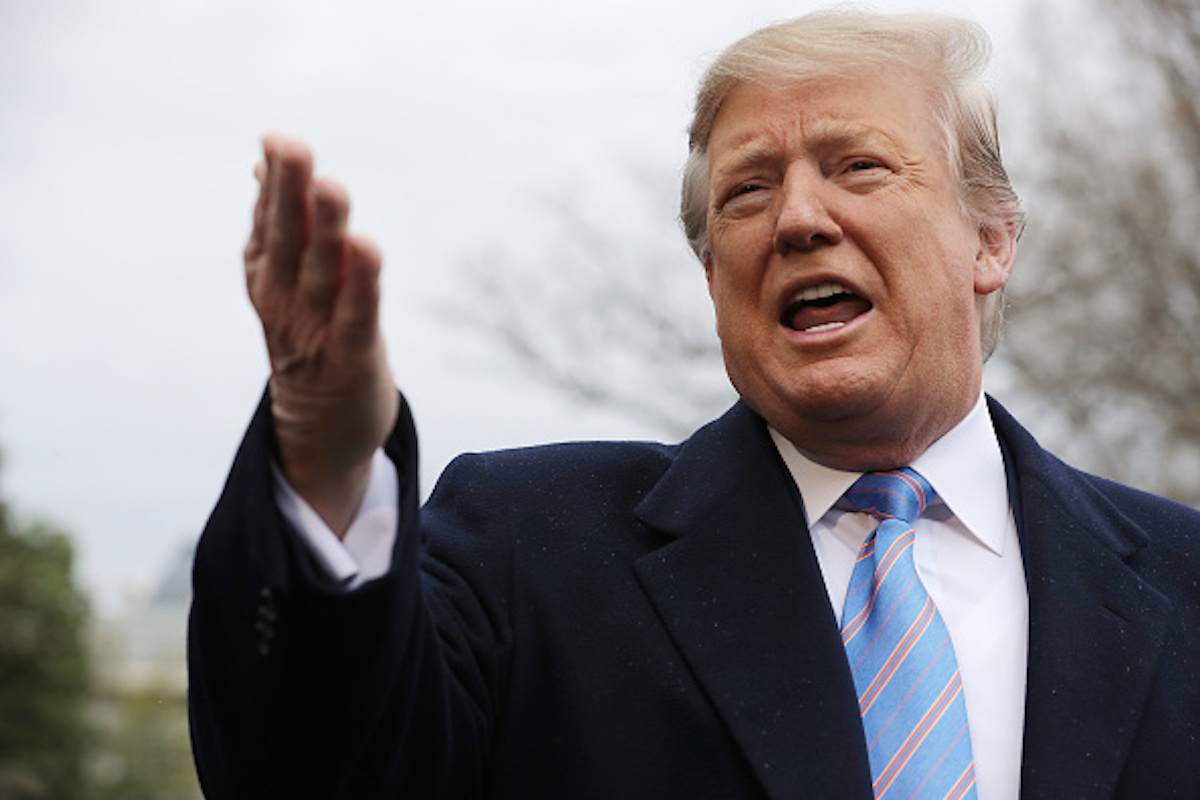 Nadler wrote a letter to Barr saying he has until May 1 to deliver the full unredacted report, adding he “cannot accept any proposal which leaves most of Congress in the dark.” Barr has already pledged to give a version of the report where the only redactions will be grand jury info, which is illegal to share, but Nadler is still issuing the subpoena.

The House Judiciary chairman also has sent requests to 81 groups, people and organizations, searching for constitutional abuses and corruption by Trump. Nadler said in March the requests for documents are to “begin investigations, to present the case to the American people about obstruction of justice, about corruption and abuse of power.”