Former Vice President Joe Biden did not preemptively notify the mother of Heather Heyer—the woman who was murdered in 2015 by a neo-Nazi in Charlottesville, Virginia—that he would be using footage of her death in his 2020 campaign announcement video.

“But I wasn’t surprised,” Susan Bro told The Daily Beast on Thursday. “Most people do that sort of thing. They capitalize on whatever situation is handy. He didn’t reach out to me, and didn’t mention her by name specifically, and he probably knew we don’t endorse candidates.”

“Since we had not spoken, I’m glad he didn’t specifically mention Heather. It’s not all about her,” she added. “It’s been almost two years since Heather died. I’m moving forward. I still grieve for my daughter. But I have a realistic understanding that this was a public event, and people will use it however it suits them. It’s just a fact of life.”

Biden announced his presidential campaign on Thursday morning. The accompanying video included a lengthy statement from Biden about the 2015 Charlottesville rally that pitted white supremacists against University of Virginia students. (RELATED: Anita Hill Says She’s Not ‘Satisfied’ After Conversation With Biden) 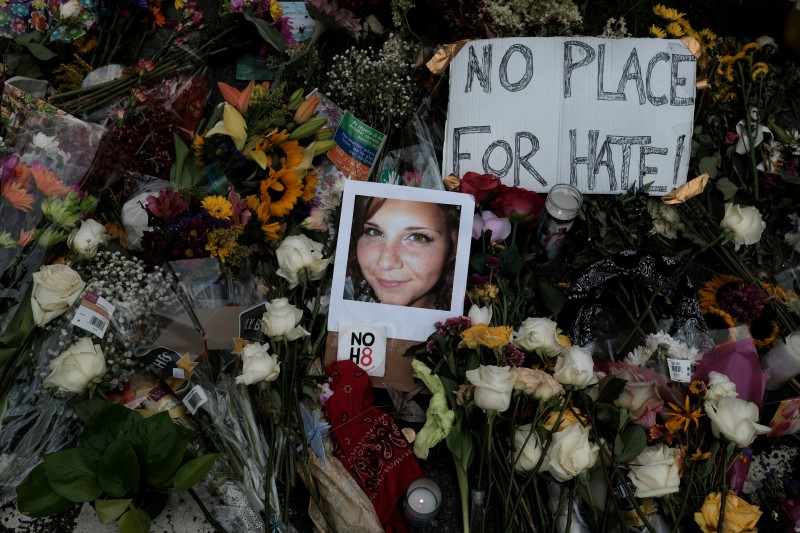 A photograph of Charlottesville victim Heather Heyer is seen amongst flowers left at the scene of the car attack on a group of counter-protesters that took her life during the “Unite the Right” rally as people continue to react to the weekend violence in Charlottesville, Virginia, U.S. August 14, 2017. REUTERS/Justin Ide

“We saw Klansmen and white supremacists and neo-Nazis come out in the open,” Biden said in his announcement video. “Their crazed faces illuminated by torches, veins bulging and baring the fangs of racism, chanting the same anti-Semitic bile heard across Europe in the ’30s.”

Biden’s video focused on fighting against a culture of white supremacy — and it included President Donald Trump’s statement in response to that altercation, in which the former vice president claimed Trump had called white supremacists “very fine people.”