Democratic New York Rep. Alexandria Ocasio-Cortez on Thursday attacked a Democratic colleague in the House after apparently mistaking him for a Republican.

Ocasio-Cortez took a shot at Democratic Kentucky Rep. John Yarmuth on Twitter for posing next to a cardboard cutout of herself. She appeared to think Yarmuth — the chairman of the House Budget Committee — is a Republican.

The freshman congresswoman’s swipe at Yarmuth came after the Republican Party of Kentucky tweeted a picture of Yarmuth standing next to the Ocasio-Cortez cutout.

Ocasio-Cortez accused Republicans of posing “older male members next to cardboard cutouts of young female legislators,” seemingly not realizing that Yarmuth is a Democrat. 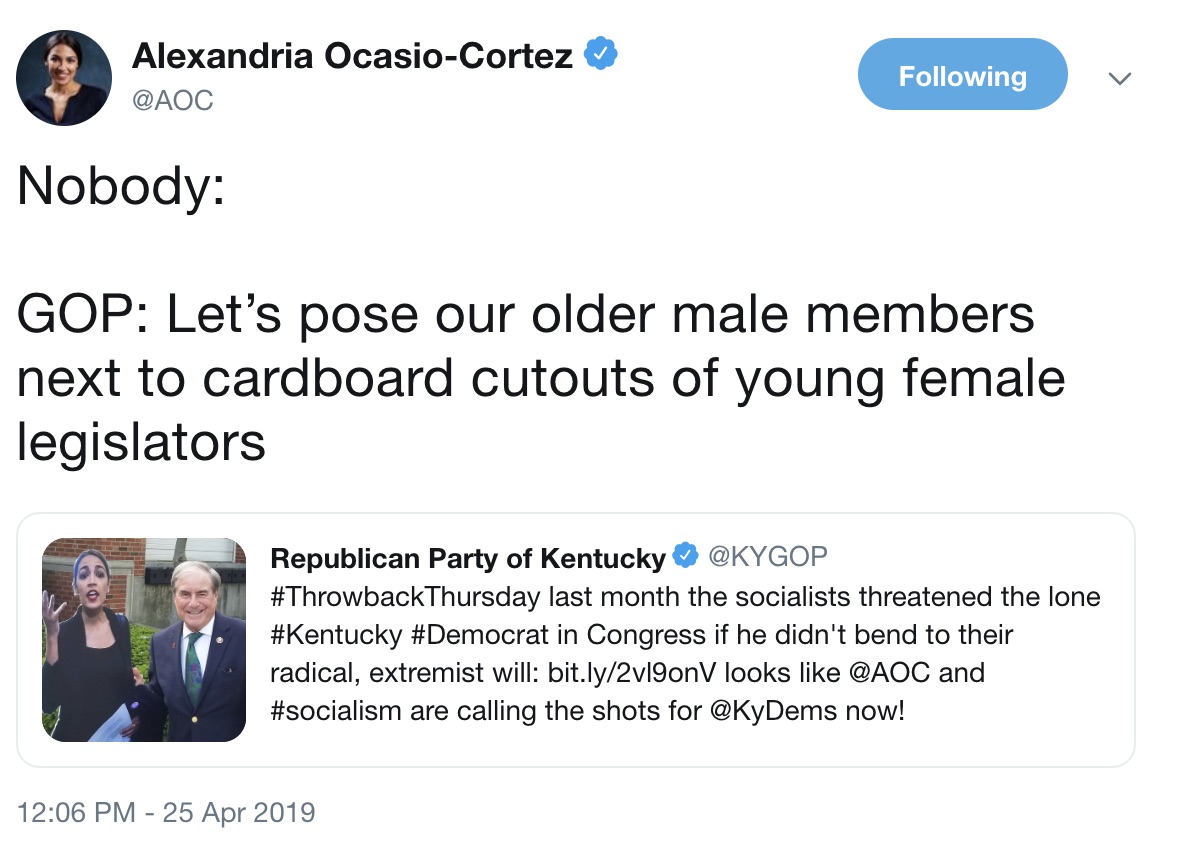 Ocasio-Cortez deleted the tweet after she was mocked online for the error.

It wasn’t the first time she spread misinformation on Twitter, where she has more than 4 million followers. (RELATED: Ocasio-Cortez’s Adviser Went Viral For What He Told Tucker Carlson — But He Got It Wrong) 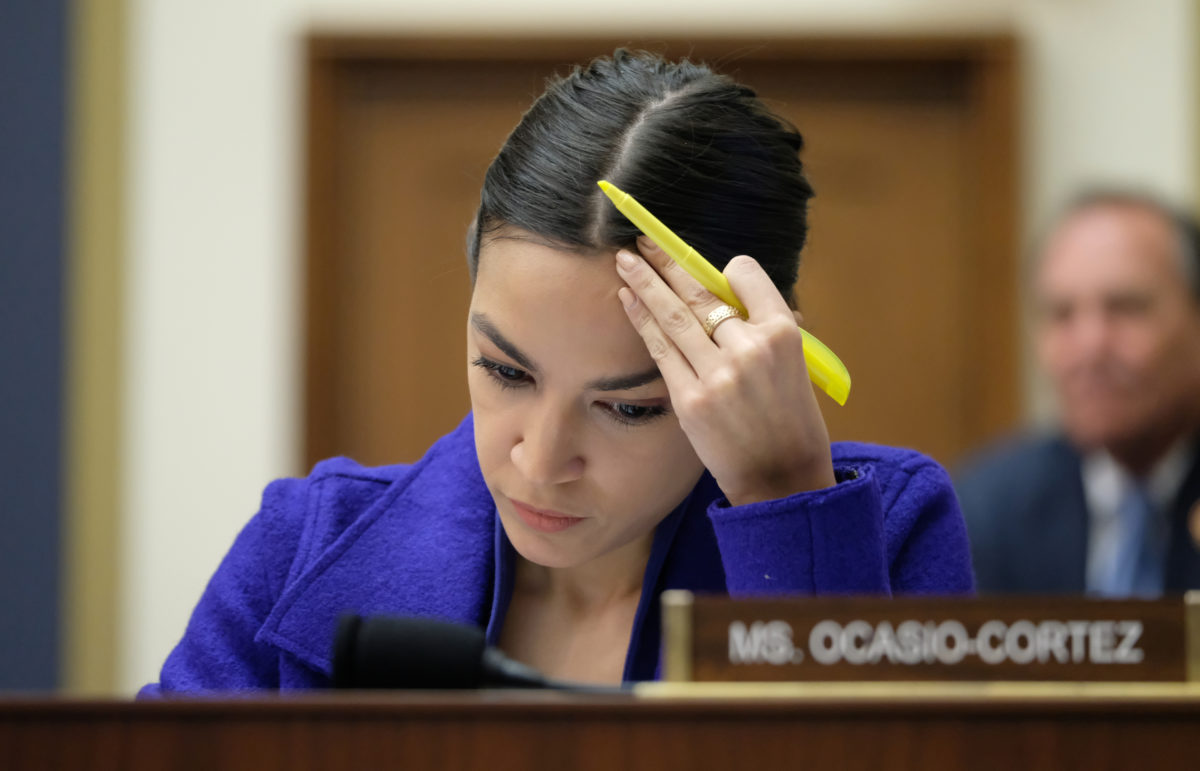 She launched a blatantly false accusation against a Republican operative in February, accusing him — without any evidence — of running “a multimillion dollar operation to have bot accounts manipulate online discourse.”

She made a series of false claims in March in an attempt to discredit a string of ethics complaints that watchdog groups have filed against her.