If you are not familiar with this piece of iconic movie history, it involves a very sexual scene of kissing between her and actress Neve Campbell in a pool as the two undress each other. (RELATED: Take A Look Back At Our Favorite Celebs’ Hottest Looks Of 2018) 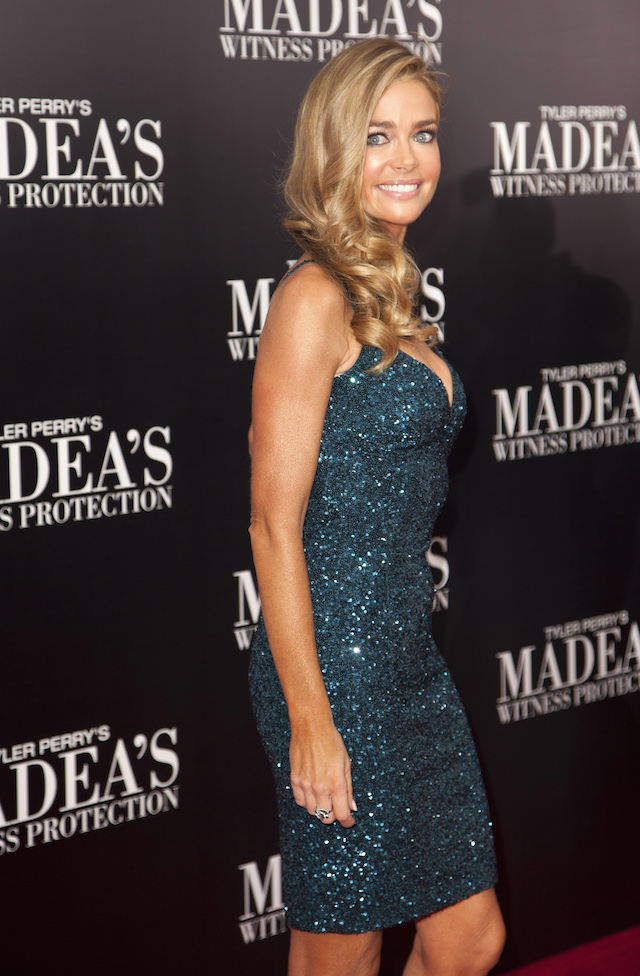 “I definitely did not give them a copy,” the 48-year-old actress and mother of three daughters–all under the age of 16—shared, per Yahoo Lifestyle Australia. ” I told them, ‘I don’t want you guys watching this,’ because one of my daughters brought it up to me and I was shocked.” (RELATED: Celebrate Samantha Hoopes’ Birthday With Her Hottest Looks)

“A couple of friends had told her about it and I just said to her, ‘I would appreciate if you didn’t watch it,'” she added.  “It’s not age appropriate and it was a movie I did, it was a script I loved, it’s me being creative”

Richards continued, “I worked with amazing actors and one day if you do see it, you may not agree with my decision but that’s what mum decided to do.'”

“My girls are starting to get older,” the “Real Housewives of Beverly Hills” explained. “They have friends saying, ‘I saw this picture of your mum.'”

“It’s weird for them, to see their mum in something that’s sexy or different,” she added. “I think it would be very rude for me if it were my parents.”

The “Starship Troopers” star also recently opened up about the “dysfunction” she’s had with her ex-husband Charlie Sheen and how she hopes they look back on their childhood and recall more than just the fighting, per Fox News Friday.

“It’s so funny, this age when you start to see your kids become adults,” Richards said. “It makes me cry. I just feel like I [expletive] up a lot with their dad. I don’t want them to look back on their childhood and just remember [fighting].”