Attorney General William Barr might cancel his testimony before the House Judiciary Committee on Thursday over disagreements with Democrats regarding the proposed format for the highly anticipated hearing.

Democrats, led by New York Rep. Jerry Nadler, proposed allowing committee staffers to ask Barr about their concerns during a second round of questioning at Thursday’s hearing, according to CNN. Nadler also wants to be able to question Barr in a closed session about the redacted parts of the Mueller report.

But Barr reportedly opposes that format, saying he should only face questioning from members of Congress in a public hearing. Staffers typically do not ask questions of witnesses during public hearings. (RELATED: Nadler Claims Don Jr. Was Offered Stolen Information In Trump Tower Meeting. That Didn’t Happen)

Barr is scheduled to testify before the Senate Judiciary Committee on Wednesday. Both hearings are expected to focus on the special counsel’s Russia report. 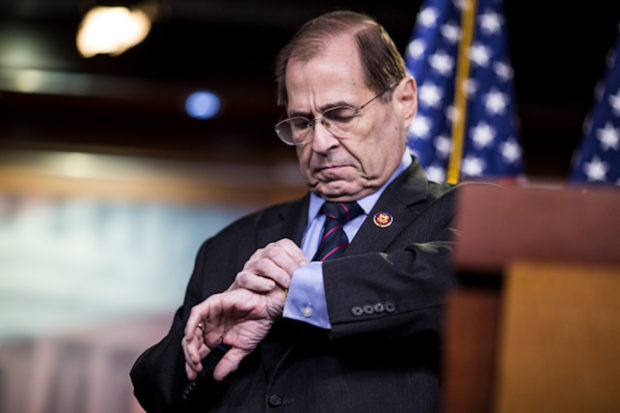 The standoff will escalate tensions between Nadler and Barr. The Democrat has been heavily critical of Barr’s handling of the rollout of the special counsel’s report, which said investigators found no evidence of collusion between the Trump campaign and Russian government.

Nadler threatened to subpoena Barr if he skips the hearing.

“The witness is not going to tell the committee how to conduct its hearing, period,” Nadler told CNN on Sunday.

He said the committee will “use whatever means we can to enforce the subpoena.”

Nadler subpoenaed the partially redacted Mueller report April 19, a day after it was released to Congress and the public. Barr redacted parts of the 448-page report that discussed grand jury information, classified information, and information related to ongoing investigations.