Troops loyal to Guaidó wore blue bandanas and shot tear gas early Tuesday from inside the Carlota air base, an air force installation in the city of Caracas, The Associated Press reported. Armed national guardsmen and armored vehicles back Guaidó, in addition to hundreds of military members that flipped loyalties to support Guaidó.

“People of Venezuela, we need to go out on the streets together, to support the democratic forces and to regain our freedom,” Guaidó tweeted Tuesday morning as the uprising to oust Maduro began.

Shortly after the operation began, America’s leaders came out in solidarity with Guaidó and his supporters.

To @jguaido, the National Assembly and all the freedom-loving people of Venezuela who are taking to the streets today in #operacionlibertad—Estamos con ustedes! We are with you! America will stand with you until freedom & democracy are restored. Vayan con dios! #FreeVenezuela

The U.S. Government stands in support of interim Venezuelan President Juan Guaido and the people of Venezuela in their quest for freedom and democracy as they take back their country with #OperacionLibertad.

Maduro is not the rightful leader of this country and the people of Venezuela are yearning for freedom. It’s time to restore constitutional democracy! #OperaciónLibertad

A group of Maduro’s security forces drove up to the airbase on motorcycles after the uprising began and dropped tear gas, prompting an exchange of gunfire between opposition and Maduro forces. No fatalities have been reported thus far, the AP reported. (RELATED: Live Updates: Firefights In Venezuelan Capital As Military Uprising Ensues) 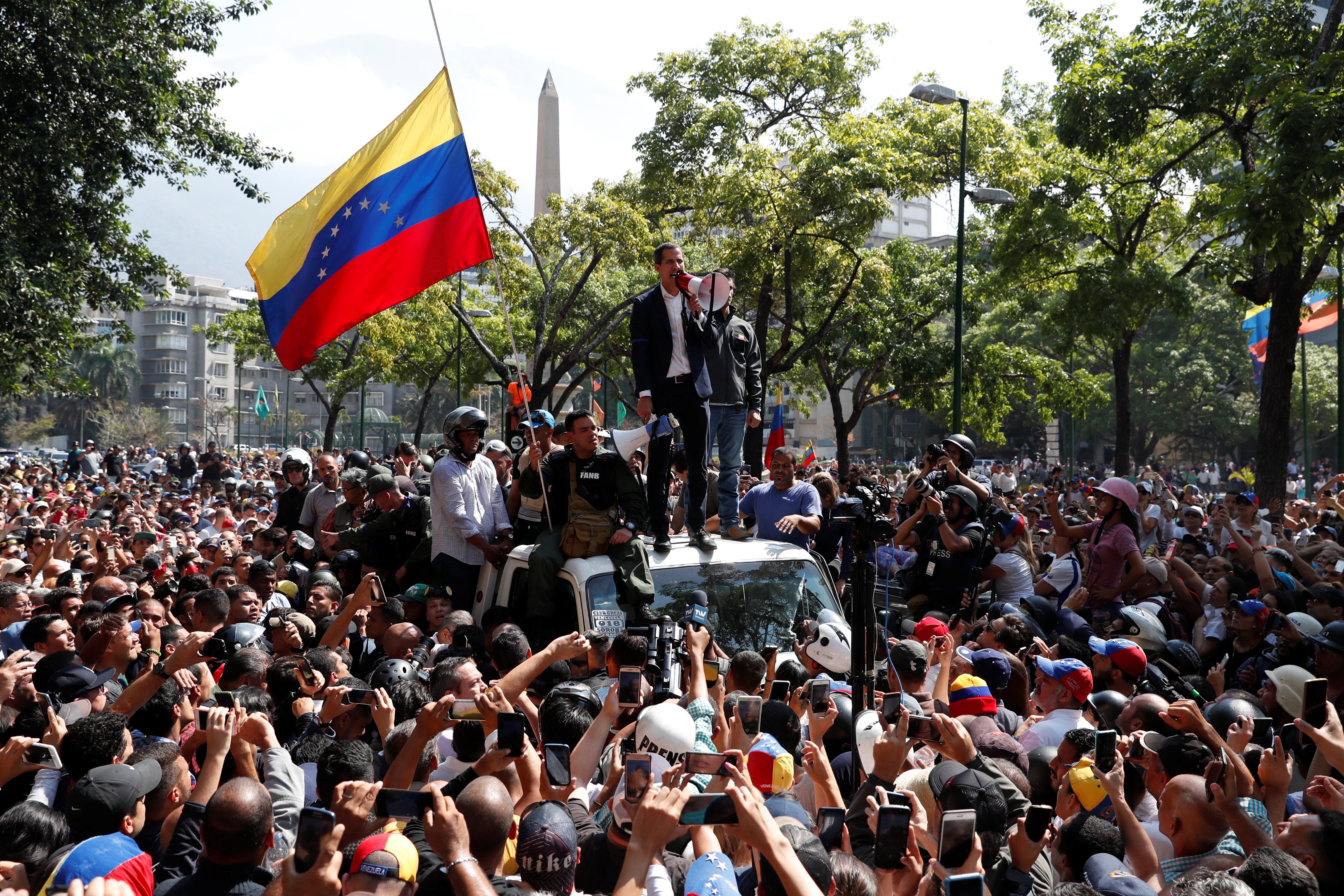 Hundreds of Venezuelan citizens gathered near the air base to support the uprising that could develop into the strongest attempt to overthrow Maduro the nation has seen.

BREAKING: Forces of Juan Guaido and Leopoldo Lopez set up positions near La Carlota military airbase as they call for a revolt against the Maduro regime. #OperacionLibertad pic.twitter.com/kB1071NgIw 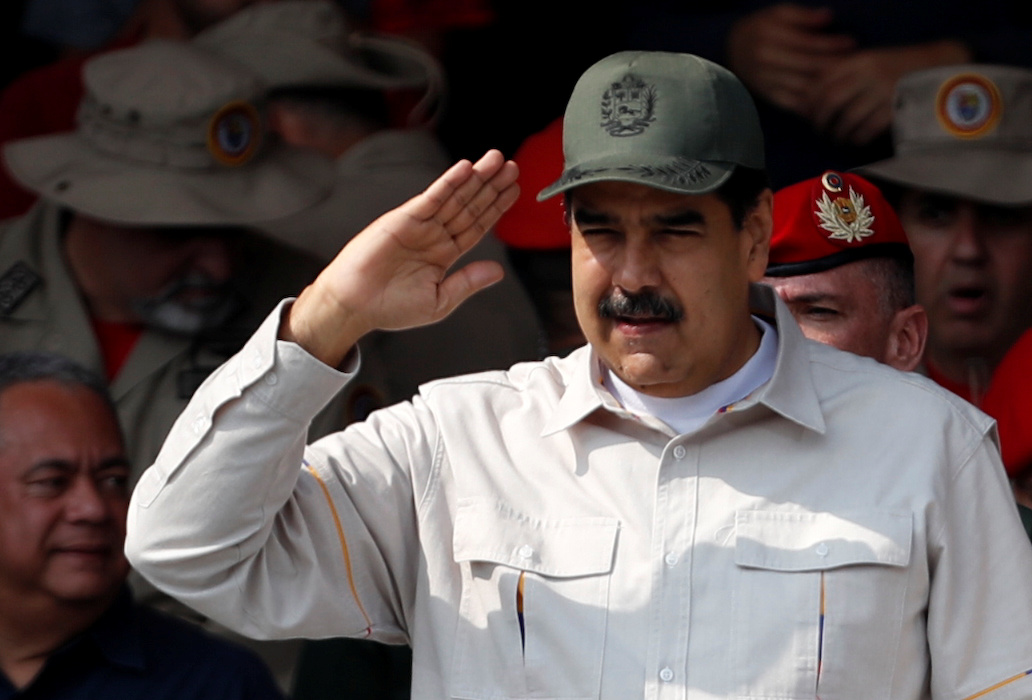 Venezuela’s President Nicolas Maduro salutes as he takes part in a ceremony to mark the 17th anniversary of the return to power of Venezuela’s late President Hugo Chavez after a coup attempt and the National Militia Day in Caracas, Venezuela April 13, 2019. REUTERS/Carlos Garcia Rawlins

“I want to tell the Venezuelan people: This is the moment to take to the streets and accompany these patriotic soldiers,” activist Leopoldo Lopez said Tuesday, the AP reported. Lopez said the military freed him early that day. “Everyone should come to the streets, in peace,” he said.

Lopez has been imprisoned since 2014 for leading anti-Maduro protests.