As of this writing, the president has appointed 102 judges to the federal bench. That total includes 63 trial judges, 37 appeals judges and two Supreme Court justices.

“Today marks an incredible milestone as the Senate confirmed President Trump’s 100th judicial nominee,” said Carrie Severino, chief counsel of the Judicial Crisis Network. “This is a big win for the country to have judges who fairly apply the law and adhere to the Constitution sitting on our nation’s most prized courts.”

Though Trump and the Senate Republican caucus have processed nominees with stunning proficiency, the administration has not yet overcome left-leaning majorities on many federal appeals courts, while a burgeoning number of trial court vacancies present a daunting challenge.

The Senate reached the 100-judge mark with the confirmation of Rodolfo “Rudy” Armando Ruiz to the U.S. District Court for the Southern District of Florida on a 90-8 vote. Ruiz is a state court judge and a member of the Federalist Society, a conservative legal group that advises the White House of judgeships. The confirmations of Raul Manuel Arias-Marxuach to the District of Puerto Rico and Joshua Wolson to the Eastern District of Pennsylvania followed.

The nation’s 12 circuit courts hear appeals from the federal trial courts. Since the Supreme Court reviews approximately 75 disputes each term, the circuit panels render the final decision in the overwhelming majority of federal cases.

That astounding clip was enabled by a sequence of changes Republican lawmakers made to Senate process over bitter Democratic objections. The Republican-led Senate Judiciary Committee has held at least a dozen hearings in which multiple circuit nominees testified before the panel, a break from prior practice in which appellate nominees generally appeared before the committee one at a time. (RELATED: One Supreme Court Justice Thinks Term Limits Aren’t Such A Bad Idea)

The Judiciary Committee has also eschewed the so-called blue slip system for appeals court nominees. The blue slip protocol provides that the Judiciary Committee will not convene a hearing for a nominee until senators return an opinion on a nominee selected for a federal court in their state. Republicans say that rule has been enforced erratically in the modern period. 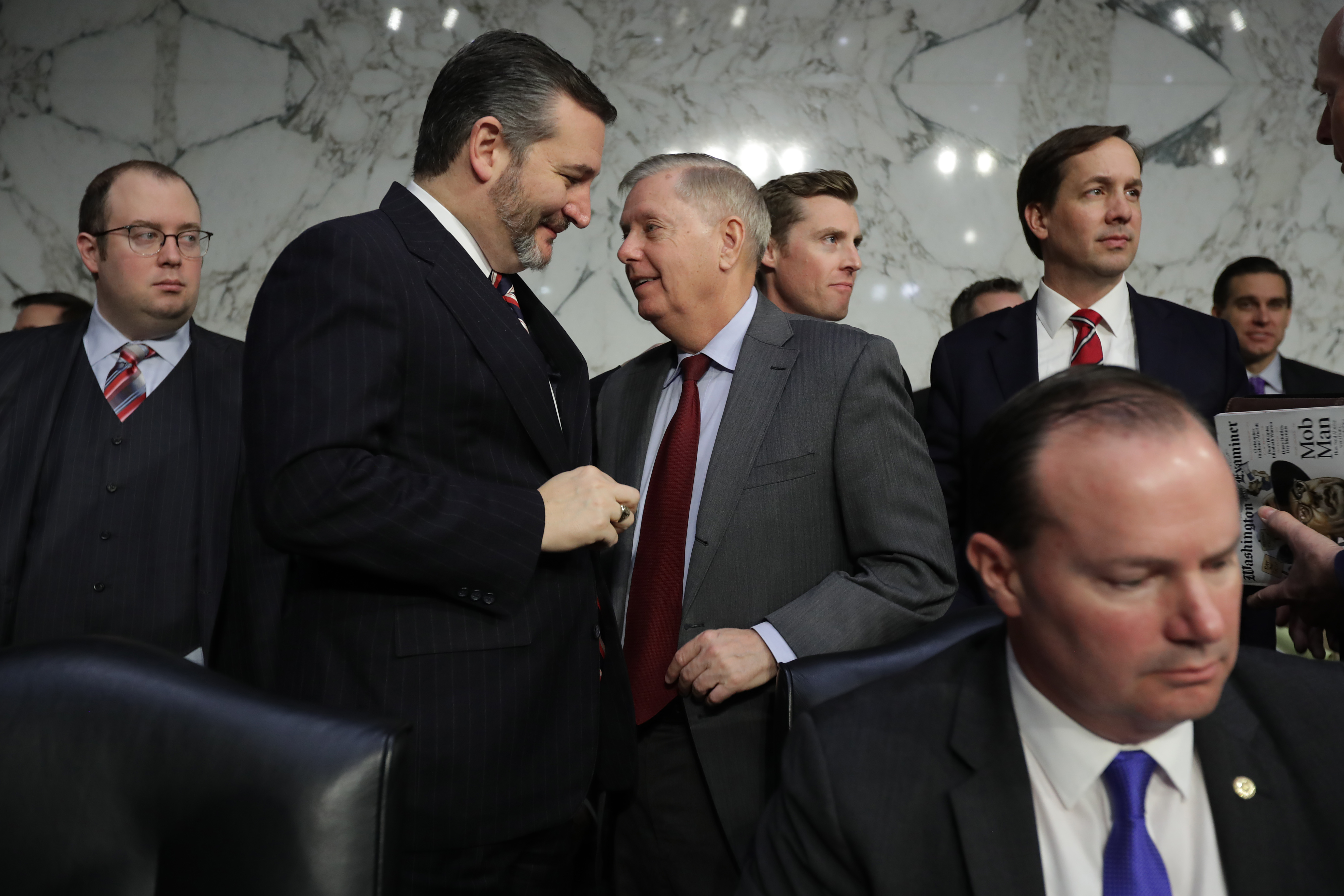 In turn, Democrats used a procedural gambit to slow the confirmation tempo for trial court nominees. That prompted Republicans to trigger the “nuclear option” in April, reducing the pre-vote debate time from 30 hours to two hours.

Yet the reach of Trump’s judicial confirmations is limited in an important respect — many of his nominees are themselves succeeding Republican appointees on appeals courts where right-leaning judges are already in the majority.

“If the confirmation juggernaut proceeds, one thing to watch is who creates vacancies to fill,” The Brookings Institution’s Russell Wheeler wrote in an August 2018 report. “As explained, the fact that Republican-appointees have created most vacancies so far has blunted, to some degree, Trump’s and Senate Majority Leader Mitch McConnell’s efforts to change the party-of-appointing-president balance on the courts of appeals.”

Still, replacing Republican appointees can move a particular court in a conservative direction. For example, in the space of two months, Judge Richard Posner retired from the 7th U.S. Circuit Court of Appeals, while Judge Amy Coney Barrett was confirmed to that same panel. Though Posner was a Ronald Reagan appointee, his pragmatic judicial philosophy favors abortion and LGBT rights. That Barrett would join the 7th Circuit as Posner leaves is a meaningful change to the court’s ideological valence.

While progress has been slow on left-leaning benches, Trump may flip an important appeals court to majority Republican appointees by year’s end. Judge Christopher Droney of the 2nd U.S. Circuit Court of Appeals, a Bill Clinton appointee, announced in April that he will take senior status, a form of quasi-retirement that allows judges to leave regular service while still participating in cases on a limited basis.

With Droney’s departure, there will be four vacancies on the 2nd Circuit, though Michael Park’s imminent confirmation will reduce that figure to three. If Trump nominees fill the three remaining seats, GOP appointees will have a 7-6 majority on the 2nd Circuit, which covers Connecticut, New York, and Vermont.

All told, Trump’s nominees have indisputably rotated a more conservative cast into the federal courts, according to University of Richmond School of Law Professor Carl Tobias, who studies judicial selection.

“Trump’s judges have made most circuit courts more conservative, except for the Boston and Washington, D.C. based appeals courts,” Tobias said. “The 3rd U.S. Circuit Court of Appeals is the only panel that has ‘flipped’ to majority Republican appointees.”

The 3rd Circuit is the federal appellate court for Delaware, New Jersey, Pennsylvania, and the Virgin Islands. Trump has made three appointments to that panel.

Whatever the benefits of the GOP’s push for appellate nominees, the administration has struggled to manage the growing number of trial court vacancies, though the April rule change may renew Republican interest in those judgeships. (RELATED: Judge Says Congressional Democrats Can Proceed With Novel Emoluments Lawsuit Against Trump)

“Though nominations have kept pace with retirements at the circuit court level, they have not kept pace for trial courts,” Tobias told TheDCNF.

That trend is particularly worrisome in view of the growing number of “judicial emergencies.” A judicial emergency exists when a court is unable to process its caseload in a timely manner. The Judicial Conference of the United States, the policy-making arm for the federal courts, uses several different metrics to identify judicial emergencies. Tobias told TheDCNF that emergencies have proliferated in recent years.

“Trump has not prioritized judicial emergencies, which is a big mistake because by definition they have the greatest need,” Tobias said. “Since Republicans took the Senate majority, emergencies have soared from 12 to as high as 88 and are now at 82.”

After Thursday’s confirmations, McConnell teed up Park’s confirmation vote for the 2nd Circuit. Final action will follow in the coming days.