Douglas Heye, who was the deputy chief of staff to Eric Cantor and is currently GOP strategist, penned the piece following Cohen’s decision to bring a bucket of KFC fried chicken and a fake chicken to the hearing. He also gave the attorney general a relevant nickname: “Chicken Barr.”‘

“Political stunts in Washington usually do. Videos and photos of Cohen devouring fried chicken ran everywhere, a sign that perhaps the hearing was designed to be more of a farce than a serious inquiry,” Heye wrote. “An absent hearing witness is and should be a serious thing. Given the theatricality of politics, a chair was placed at the witness table to highlight Barr’s absence — a move that was as inevitable as it was obvious.” 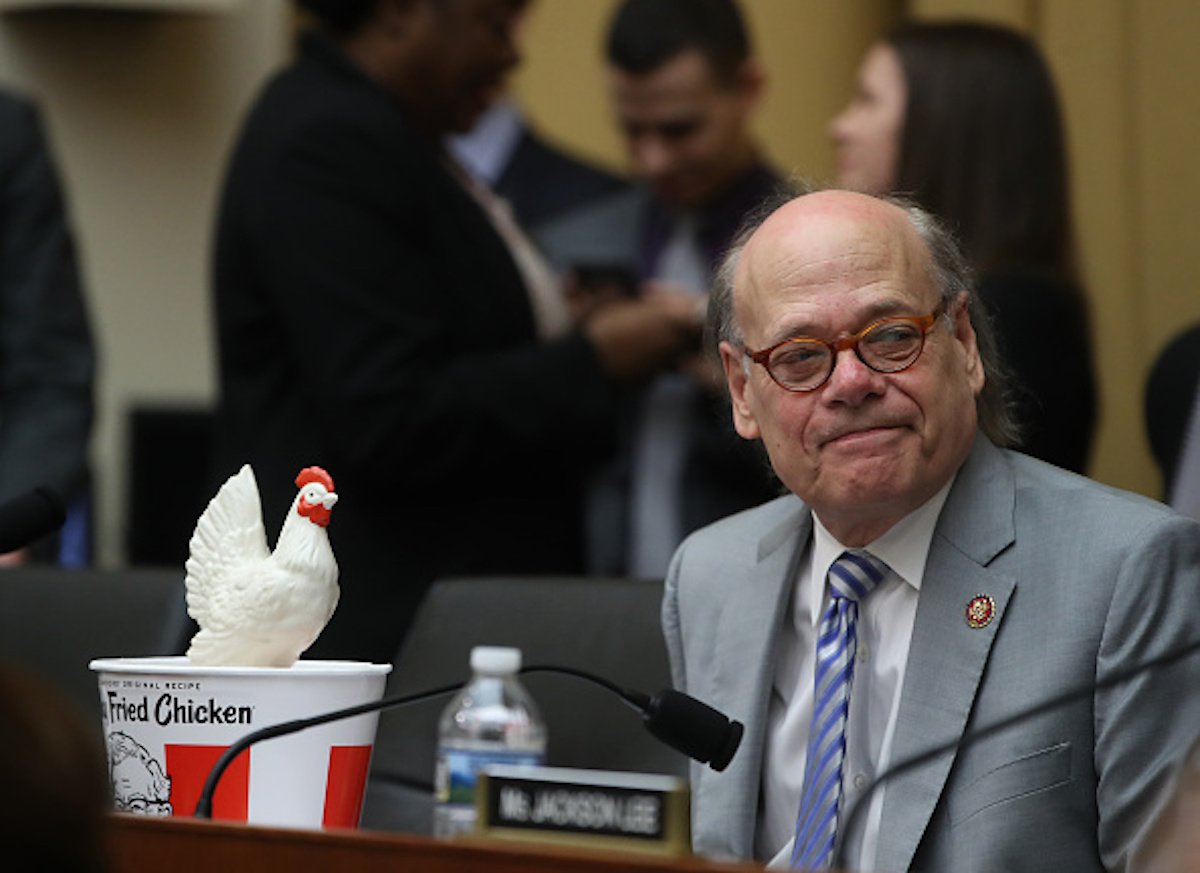 WASHINGTON, DC – MAY 02: Rep. Steve Cohen (D-TN) sits with a plastic chicken after Attorney General Robert Barr was a no show for a House Judiciary Committee hearing, on Capitol Hill May 2, 2019 in Washington, DC. (Photo by Mark Wilson/Getty Images)

“It calls into question not only the sincerity of the Barr hearing but also the earnestness of the numerous investigations House Democrats are pursuing,” he continued. “Our politicians and our media keep telling us that these are serious times. Just last week, speakers at the White House Correspondents’ Dinner emphatically defended the press. Media coverage should reflect the gravity of the situation, instead of focusing on a member of Congress looking for some finger-lickin’ attention.” (RELATED: Attorney General Bill Barr To Not Testify In Front Of House Judiciary Committee)

Ridiculous! #ChickenBarr not duckBarr or salamanderBarr, so I ate chicken ,though cold, and KFC, though not @GusFriedChicken ( much better) or Churches( also better) as appropriate prop.Racial? Totally ridiculous! Myopic search for racial slant. Look to Trump & his “fine people” https://t.co/Wt3ZfyT0qN