Washington Gov. Jay Inslee unveiled his plan “to make the entire electrical grid and every new car and building climate pollution-free,” according to a campaign document outlining his climate change agenda.

Much like the Green New Deal, Inslee’s climate agenda “will require a massive, full-scale mobilization of our federal government that will spur major innovation and deployment of clean energy” over 10 years, according to the plan.

“In his first policy release, it’s clear that Gov. Inslee embraced the goals of the Green New Deal to decarbonize our economy quickly, grow jobs, and address inequity through a just transition,” said Greg Carlock, who wrote a report on the Green New Deal for the liberal Data for Progress.

“I look forward to seeing additional policy and investment proposals to address the full scope of the problem and the opportunities it presents the country,” Carlock told The Daily Beast. 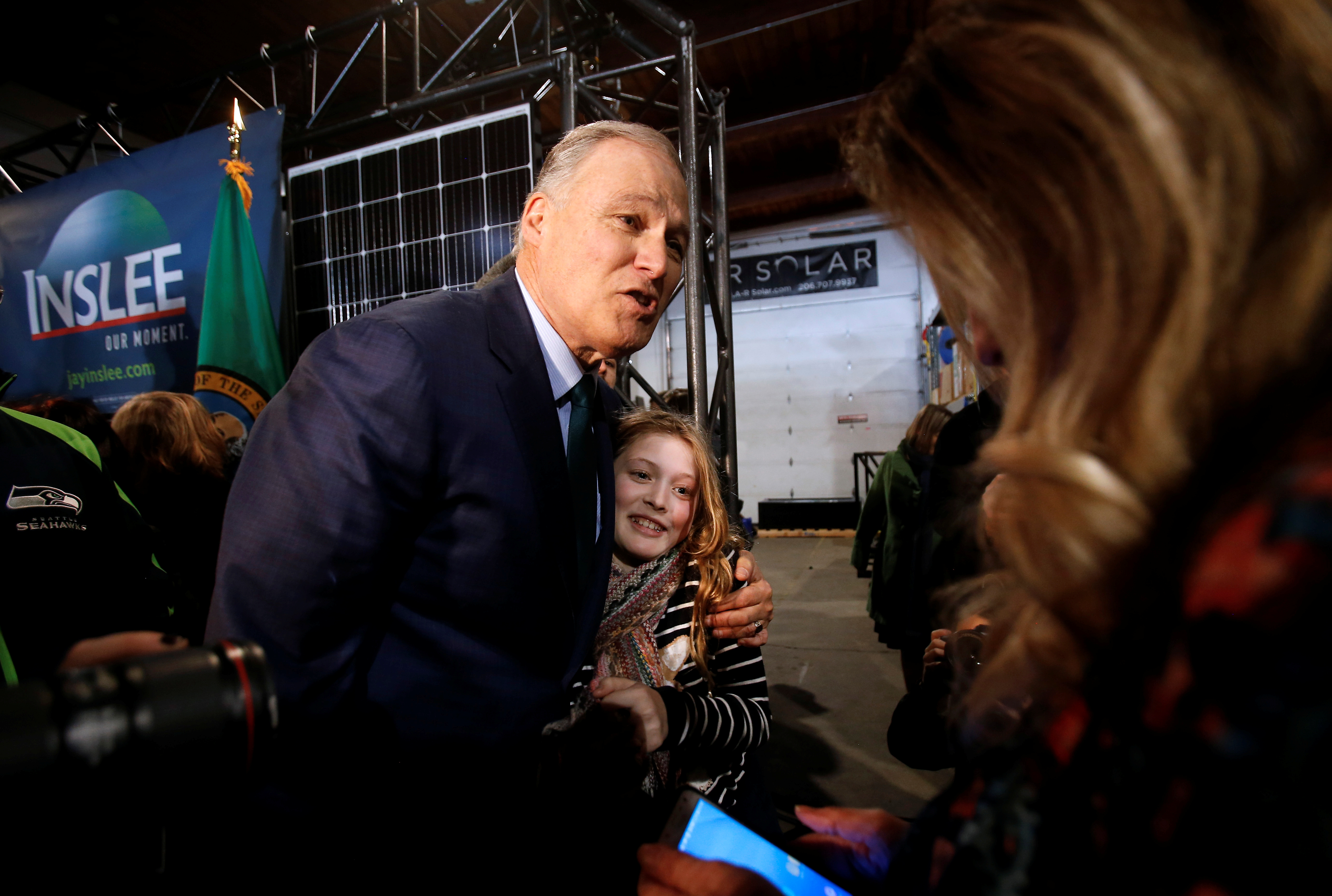 “We’re the first generation to feel the sting of climate change,” Inslee said in his campaign launch video. “And we’re the last who can do something about it. We went to the moon and created technologies that have changed the world. Our country’s next mission must be to rise up to the most urgent challenge of our time — defeating climate change.”

Inslee, largely through executive actions, would mandate utilities use “100% carbon-neutral power by 2030” and then “all-clean, renewable and zero-emission energy in electricity generation by 2035,” according to the plan.

The plan also calls for 100 percent of new vehicle sales to be “zero emissions,” which in practice means he would mandate electric vehicles. Inslee also aims for “100% zero-carbon pollution from all new commercial and residential buildings,” reads the plan.

Inslee’s plan, however, lays out specific policies rather than just broad goals like the Green New Deal, including tax credits for electric cars, banning coal power, mandating “clean” energy, worker transition programs and even a “Clean Cars for Clunkers” program. 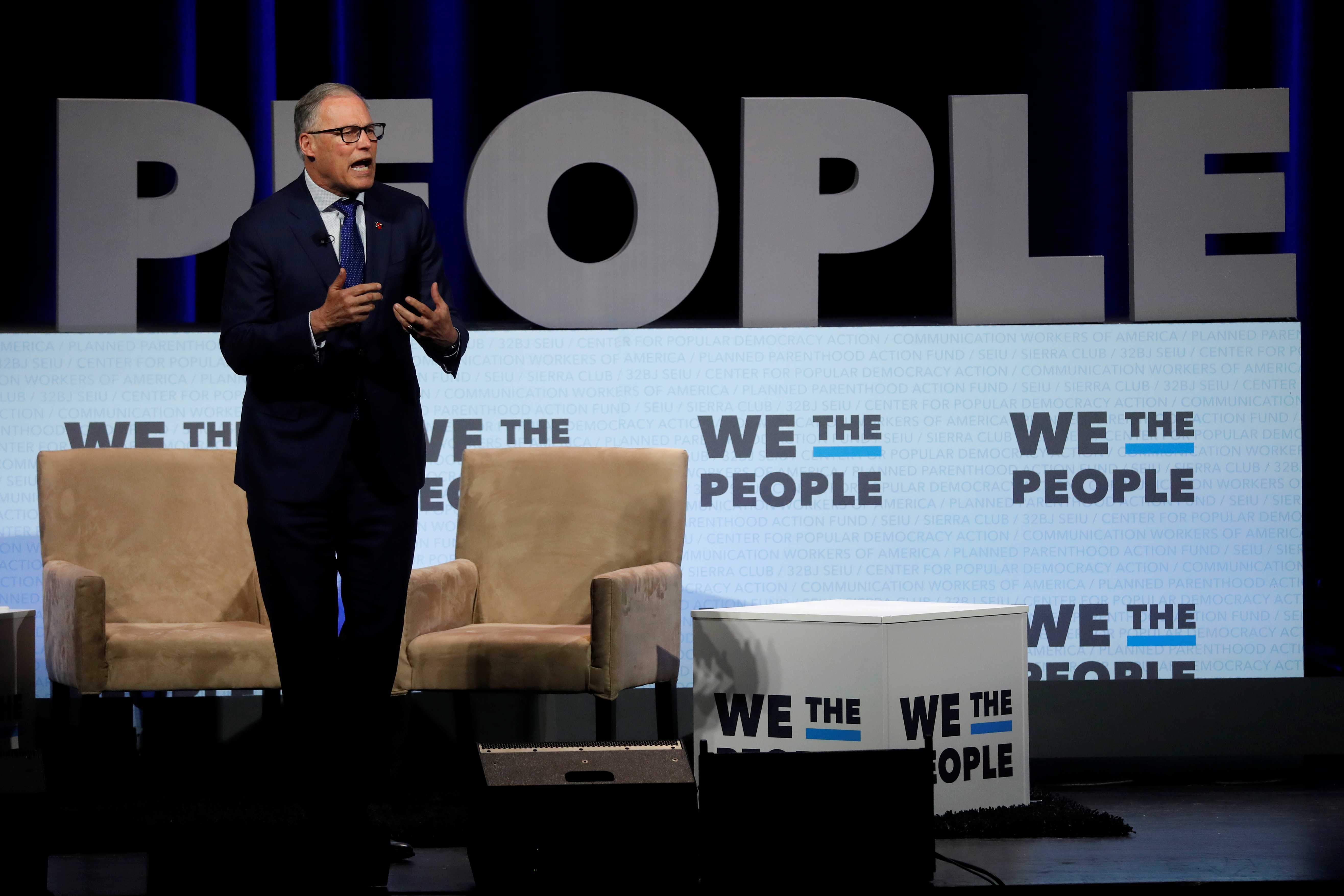 U.S. 2020 Democratic presidential candidate and Governor Jay Inslee participates in a moderated discussion at the We the People Summit in Washington, U.S., April 1, 2019. REUTERS/Carlos Barria

“Like the 2009 ‘Cash for Clunkers’ program, this initiative will drive increased American auto manufacturing and sales, this time for [zero emissions vehicles],” reads Inslee’s plan.

The Obama-era “Cash for Clunkers” program gave drivers up to $4,500 to turn in their gas-guzzler for a more fuel-efficient vehicle. The ultimate goal was to jump-start auto sales during the recession, but 2014 Texas A&M study found the program was actually a drag on the economy.

“Strikingly, we find that Cash for Clunkers actually reduced overall spending on new vehicles,” the study found. Drivers “tended to purchase less expensive and smaller vehicles such as the Toyota Corolla, which was the most popular new vehicle purchased under the program,” the study found.

Auto industry revenue fell $3 billion over the program’s life and cost taxpayers $3 billion to subsidize the vehicle trade-ins, according to the study.