Booker suggested on CNN’s “State of the Union” that Trump was “taking credit for a recovery that started under Obama.”

Kudlow dismissed that argument. “What Mr. Booker and some others are saying is simply not true factually,” Kudlow told Fox News’ “America’s News HQ.”

Kudlow’s comments came just days after the release of the April jobs report indicating the creation of 263,000 new positions and an unemployment rate that has fallen to 3.6% — the lowest in 50 years. But those figures failed to impress Booker, who claimed the new prosperity was isolated to upper income Americans. (RELATED: Cory Booker Says People Won’t Mind Paying Higher Taxes Because ‘Patriotism’)

“You have people on my block – I’m the only presidential candidate that lives in a low-income inner-city neighborhood. Talk to folks, and they’ll tell you: ‘I have to work two jobs just to try to keep myself in housing. And, by the way, that housing isn’t reflected in any of my family,'” the Democratic presidential candidate told CNN. “Americans are struggling. Their wages are too low … for the last four decades, I don’t think they’ve budged that much … We’ve got to make sure that this is a shared recovery, because, right now, it definitely is not.”

Kudlow issued an enthusiastic thumbs-up to the economic news on Friday  in a White House Instagram video. 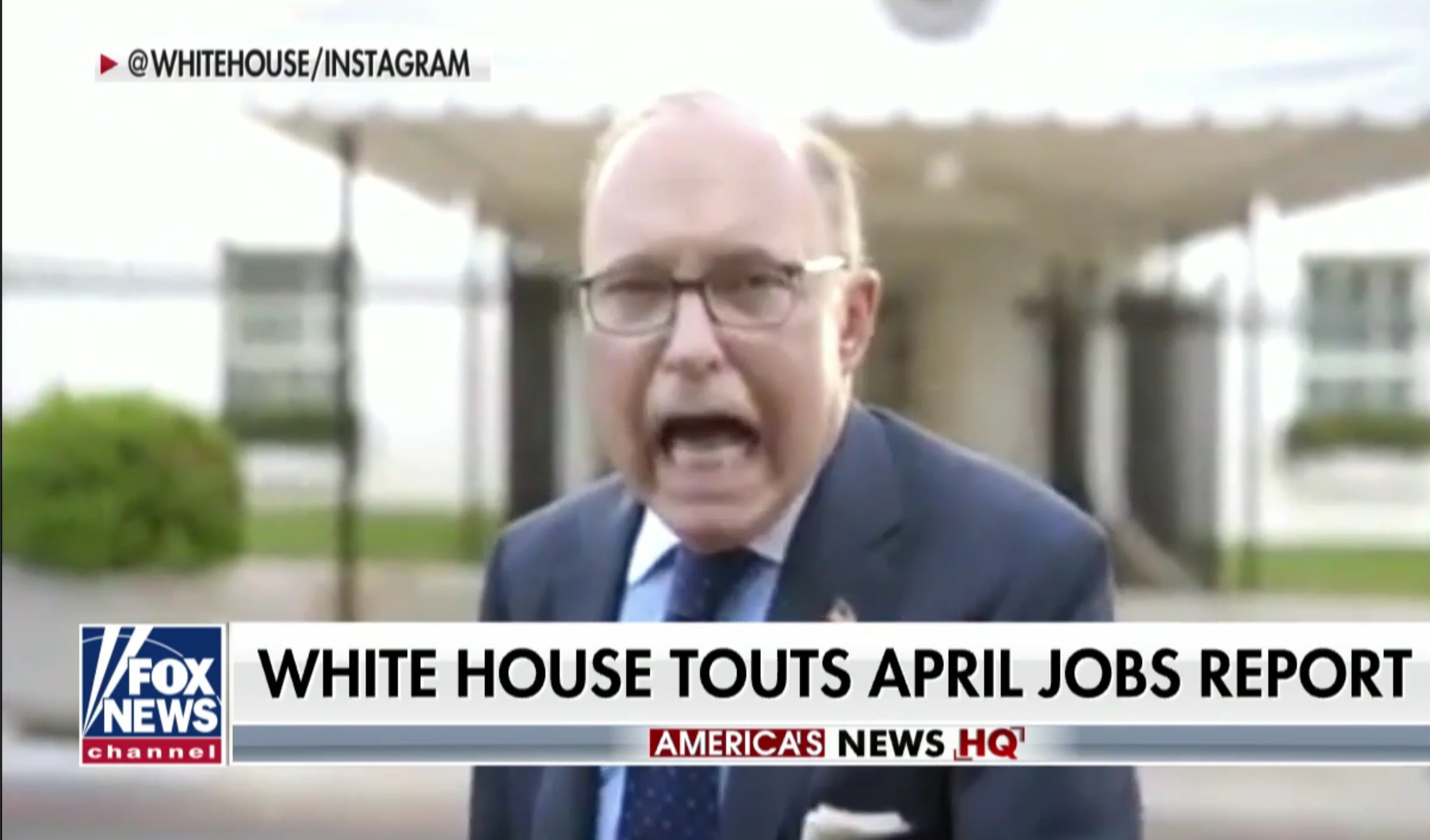 “I don’t know how I had the energy to do that,” Kudlow explained on Sunday. “I just walked out and, I don’t know, man, let her rip. These are blowout numbers. The economy is going great guns and POTUS’ policies, to be perfectly honest, his policies to rebuild this economy have entered us into a tremendous prosperity cycle. And I don’t see any end to it right now.”