As passengers and pilots waver in their trust of aircraft Boeing and the Federal Aviation Administration that regulates it, an advanced aircraft operations expert told The Daily Caller News Foundation he wants to see a focus not on punishing Boeing, but on improving systems to ensure passenger safety.

The House Transportation Committee announced April 30 it will hold a hearing on the grounded Boeing 737 MAX and the FAA’s aircraft certification program, but a Sunday admission by Boeing could give lawmakers an edge to their questions.

Boeing representatives said Sunday it knew of a warning light problem in 737 MAX aircraft in 2017 but only notified the FAA after the Indonesian Lion Air crash that killed 189 people on Oct. 29, 2018. The warning light would have turned on prior to both tragic crashes, but it is unlikely it would have given pilots enough time to fully correct the issues and avoid crashing, according to The Seattle Times.

The spotlight is on aircraft safety after Boeing’s 737 MAX was grounded following the Indonesian crash and the similar Ethiopian Airlines crash March 10. Investigations suggest in both crashes, a faulty angle of attack (AOA) sensor triggered MCAS, the aircraft’s anti-stall software, which caused the plane to pitch downward despite pilots’ best efforts, reported CNN. (RELATED: Boeing Knew About Warning Light Problem A Year Before Fatal Crash, But Kept Info To Itself)

“The MCAS and the Boeing situation will be fixed. What we really need to do is consider our regulatory framework and our congressional oversight, administration oversight to make sure that we start looking at these kinds of events so we don’t see another one,” Shem Malmquist, a visiting professor of advanced aircraft operations at Florida Institute of Technology and Boeing 777 captain, said in a phone interview Monday. 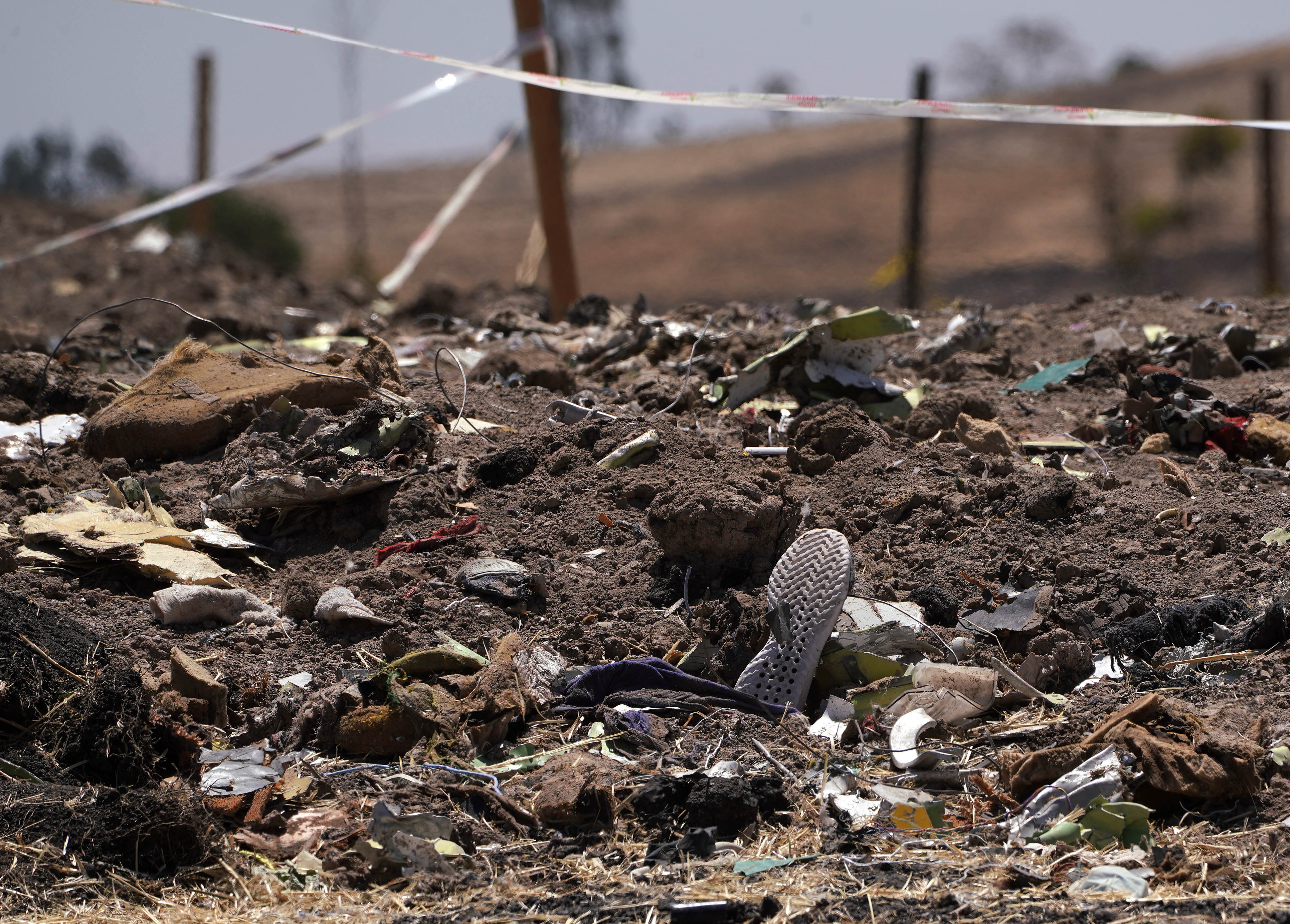 A shoe rests amidst other debris just outside the crater where Ethiopian Airlines flight ET302 crashed on March 10, 2019. (Photo by Jemal Countess/Getty Images)

Technology has surpassed current regulation, so members of the Transportation Committee should ask why the FAA has not caught up, Malmquist said. Acting FAA Administrator Dan Elwell will be at the May 15 hearing, as will National Transportation Safety Board chairman Robert Sumwalt, according to the committee website.

“Software does not act like a regular component,” Malmquist said when discussing how the FAA certifies complex systems.

“It gets very complicated very quickly if you don’t account for how the entire system will work together,” he continued. “The current methods look at it at the component level, evaluate the individual components, but they’re not really up to the task to handling the interaction of various components together.”

Because the airline industry is slow to adopt changes, better methods of accident prevention haven’t caught on yet.

“But the computers are causing these changes to be needed whether anybody wants it or not,” Malmquist said.

The company caused union outcry Monday when it announced it will cut about 900 inspector jobs and replace them with technology improvements, reported USA Today.

Malmquist said he does not want to see Boeing punished more than has already happened in the market — Boeing shares fell nearly 9 percent in a roughly 30-day period this spring following the March 737 MAX crash, reported CNBC.

“Blame doesn’t solve accidents. All that happens is it causes everybody to cover everything up, not to share information, not to make changes, not to admit to any fault. … The FAA has their methods [of punishment], they have fines they could use and different other incentives,” Malmquist said. 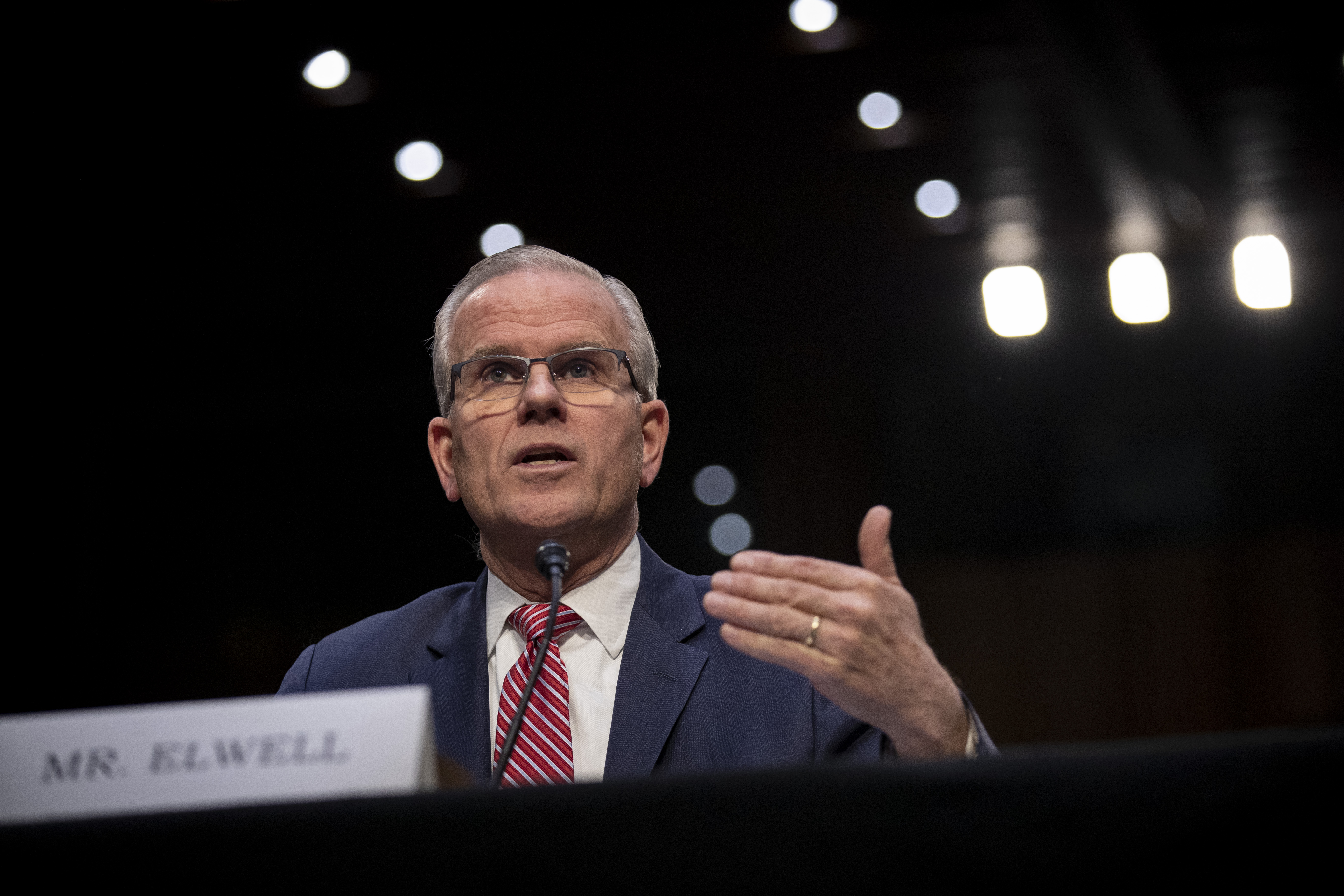 Acting administrator of the Federal Aviation Administration (FAA) Daniel Elwell testifies during a Senate Commerce Subcommittee on Aviation and Space hearing about the current state of airline safety in the Hart Senate Office Building, March 27, 2019 in Washington, DC. (Photo by Drew Angerer/Getty Images)

Prosecutors may not take that viewpoint, however. Judge Andrew Napolitano said Boeing could be on the hook for “criminally negligent homicide” while appearing on Fox News Monday.

“There is a potential for prosecutors to make that claim,” he said. “The failure to comply with a legal obligation to inform the carrier, the airline, of a defect in the software when that failure arguably resulted in death is the definition of criminally negligent homicide.”

Important In Other Industries Too?

Malmquist’s entreaty to use the fatal crashes to improve safety for passengers and pilots was echoed by Allied Pilots Association spokesman Dennis Tajer in phone interview with TheDCNF April 28.

“We cannot walk by this opportunity noting something could be done better,” Tajer said.

Pilots from his union submitted written comments to the FAA about their concerns that Boeing is not taking adequate steps in new draft training proposals for the 737 MAX.

But Malmquist sees Boeing’s and the FAA’s newly highlighted shortcomings as an example for a wide swatch of industries.

“[T]his applies to nuclear power plants, everything that uses software. We’re using methods that used to apply to really basic systems. … These accidents are occurring not just in aviation but across various fields, so if we can start learning everything we can… then we can prevent accidents in fields that seem to be unrelated because the superficial symptoms look a lot different,” he said.

TheDCNF reached out to Boeing, the House Transportation Committee and the Department of Transportation but did not receive a response at the time of publication.