A majority of Americans oppose expanding the Supreme Court, according to survey data that comes as Democratic presidential candidates float a proposal to change the Court’s composition.

Though opposition to court-expansion is high, voters are quite receptive to less aggressive reform measures like term limits.

A Rasmussen telephone and online survey of 1,000 likely voters found 51% of respondents opposed expanding the Supreme Court. 27% supported adding seats to the bench, while 22% had no opinion on the matter.

Democratic presidential candidates are entertaining different proposals to reform the high court, including measures that would add justices. One plan suggests expanding the Court to 15 members; Republicans and Democrats would each select five justices, with the remaining five appointed with the unanimous consent of the first 10.

The move comes amid a concerted push from progressive dark money groups to make judgeships and judicial administration a priority for liberal voters. With superior fundraising and organization, conservatives generally outpace liberals in the confirmation advocacy space, a longstanding tactical gap progressives are racing to close. Republican enthusiasm on judgeships is near the heart of President Donald Trump’s political success.

Though court-expansion has poor political prospects at this juncture, public opinion is markedly different where other reform measures are concerned. One 2018 survey showed 78% of likely voters favor capping a justice’s term of service or imposing a mandatory retirement age. (RELATED: The 100: Trump Installs 100th Judge On The Federal Bench)

Republican lawmakers have expressed support for term limits in the past. GOP Sens. Marco Rubio of Florida and Ted Cruz of Texas contemplated such action as presidential candidates — Cruz said “meaningful action” is necessary to return the judiciary to its proper, limited role. 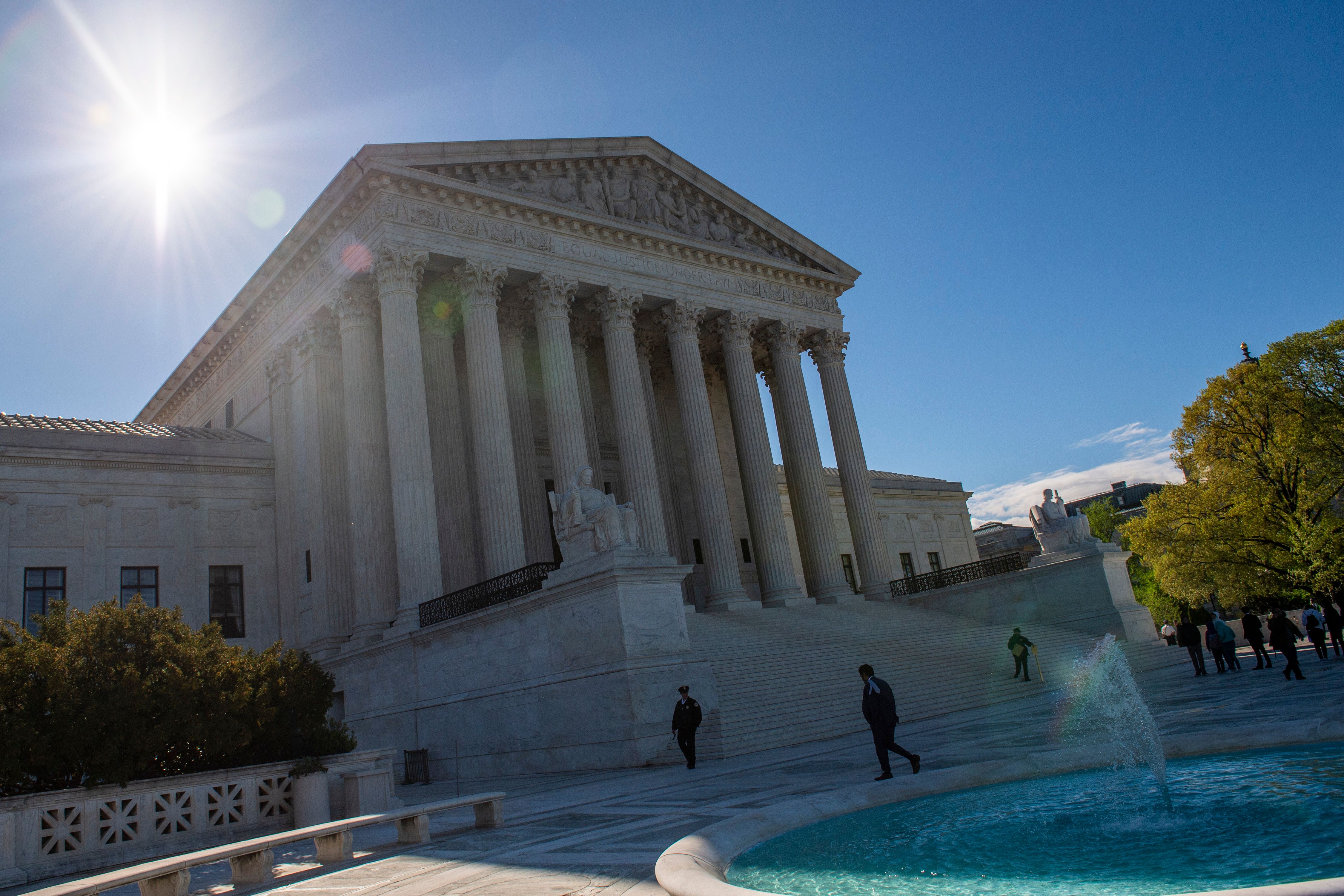 The Supreme Court as seen on April 15, 2019 (Eric Baradat/AFP/Getty Images)

“Right now, most Americans, regardless of party identification, support proposals to end life tenure at the Supreme Court in favor of regular, rotating appointments,” said Gabe Roth of Fix the Court, a nonpartisan judicial watchdog group.

“Instituting term limits and moving beyond the apocalyptic nomination fights we’ve had recently, would incentivize compromise on the court’s holdings, allow more Americans to serve and ultimately reduce the power of what’s become our most powerful, least accountable government institution,” Roth added.

At least one member of the Supreme Court is amenable to term limits — Justice Stephen Breyer suggested a sufficiently lengthy term would bring predictability and order to retirement decisions.

“I think it would be fine to have long terms, say 18 years or something like that for a Supreme Court justice,” Breyer said in April. “It would make life easier. I wouldn’t have to worry about when I’m going to have to retire or not, and that would be easier for me.”

Breyer was less receptive to court-expansion efforts however, saying the bench’s current composition is sufficient.

Editor’s note: An earlier version of this article incorrectly identified “Fix the Court” as “Fix the Courts.” The Daily Caller News Foundation regrets the error.