Critics of America’s current drug payment system say middlemen are jacking up prices and question why AARP, which is tied to a middleman organization, opposes a Trump administration proposal that could help seniors.

The proposed rule would end the exception but still allow rebates “for prescription drug discounts offered directly to patients, as well as fixed fee service arrangements between drug manufacturers and PBMs,” HHS said in January. (RELATED: Drug Prices Set To Be Included In Television Ads)

Comments on the proposal closed April 8, the same day that AARP submitted a letter to HHS criticizing it. AARP believes drug manufacturers, not PBMs, are to blame, the organization told The Daily Caller News Foundation in a statement. 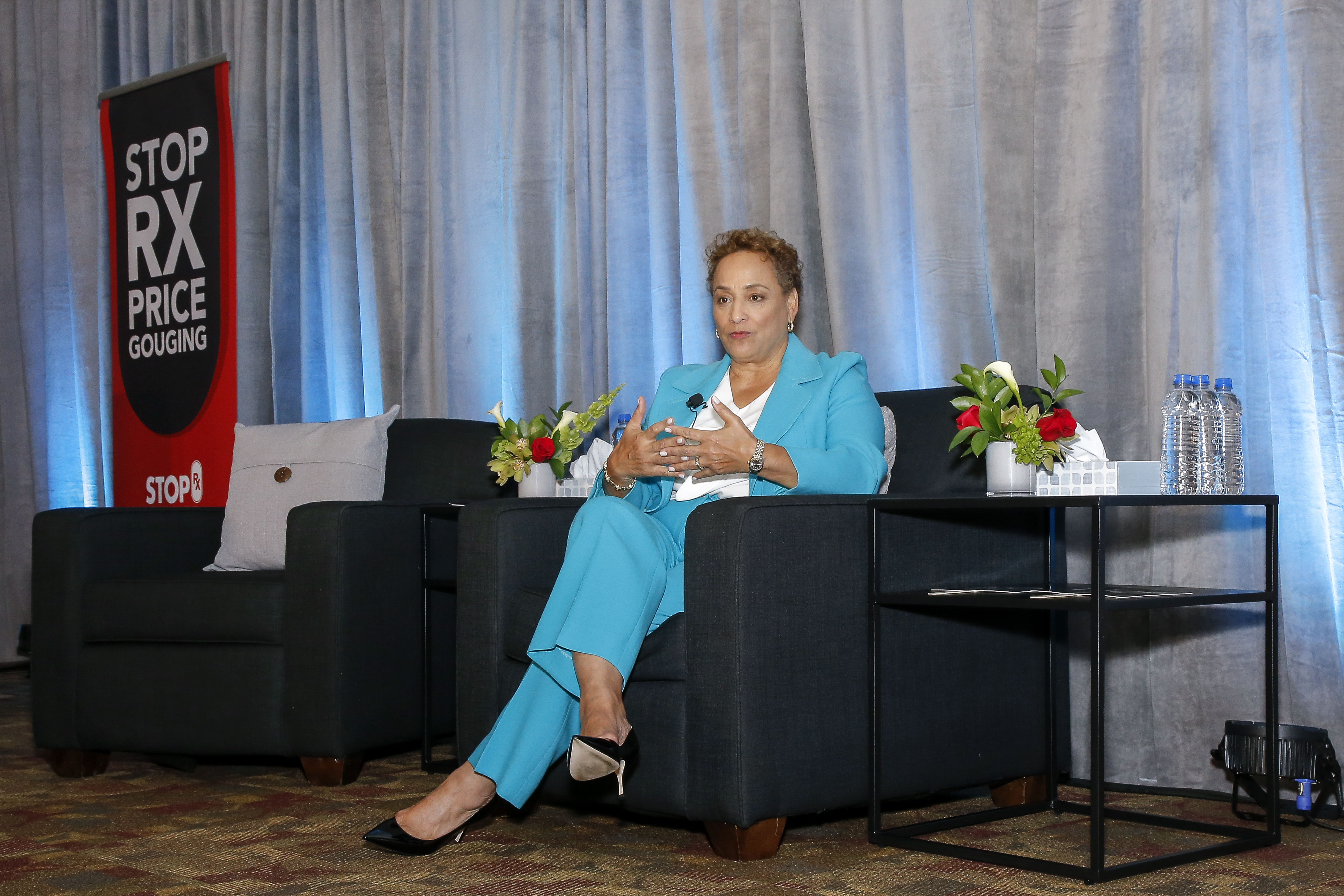 AARP CEO Jo Ann Jenkins hosts the first of a series of “We Hear You” Town Halls to hear from older Americans about how the high cost of prescription drugs is affecting them at Florida State University’s Turnbull Conference Center on April 23, 2019 in Tallahassee, Florida. (Photo by Don Juan Moore/Getty Images for AARP)

“We strongly agree with President [Donald] Trump on the need to address soaring drug prices, but on the rebate rule, [the Congressional Budget Office] has said it would raise all seniors’ Part D premiums, cost Medicare nearly $200 [billion], and have little impact on drug prices,” an AARP spokesperson said in a statement to TheDCNF.

“AARP, in your relationship with mega PBM Optum, you’ve defined yourself as being for kickbacks that are costing the American patient money at the pharmacy counter and in hospitals. … You don’t stand for America, you stand for yourselves,” Mass told TheDCNF in a phone interview.

Much of AARP’s revenue comes from its connection to UHG. While AARP collected about $301 million in membership dues in 2017, the organization took in about $627 million in royalties from UHG that year, according to AARP’s financial statement. That’s out of a total operating revenue of roughly $1.6 billion.

AARP has profited by letting UHG sell Medicare Advantage health benefits and Medicare Part D drug benefits under the AARP brand since 1997, according to Forbes. AARP also makes hundreds of millions of dollars each year in net investment through its grantor trust, where it initially collects insurance premiums received from participating members, including those who buy UHG products. 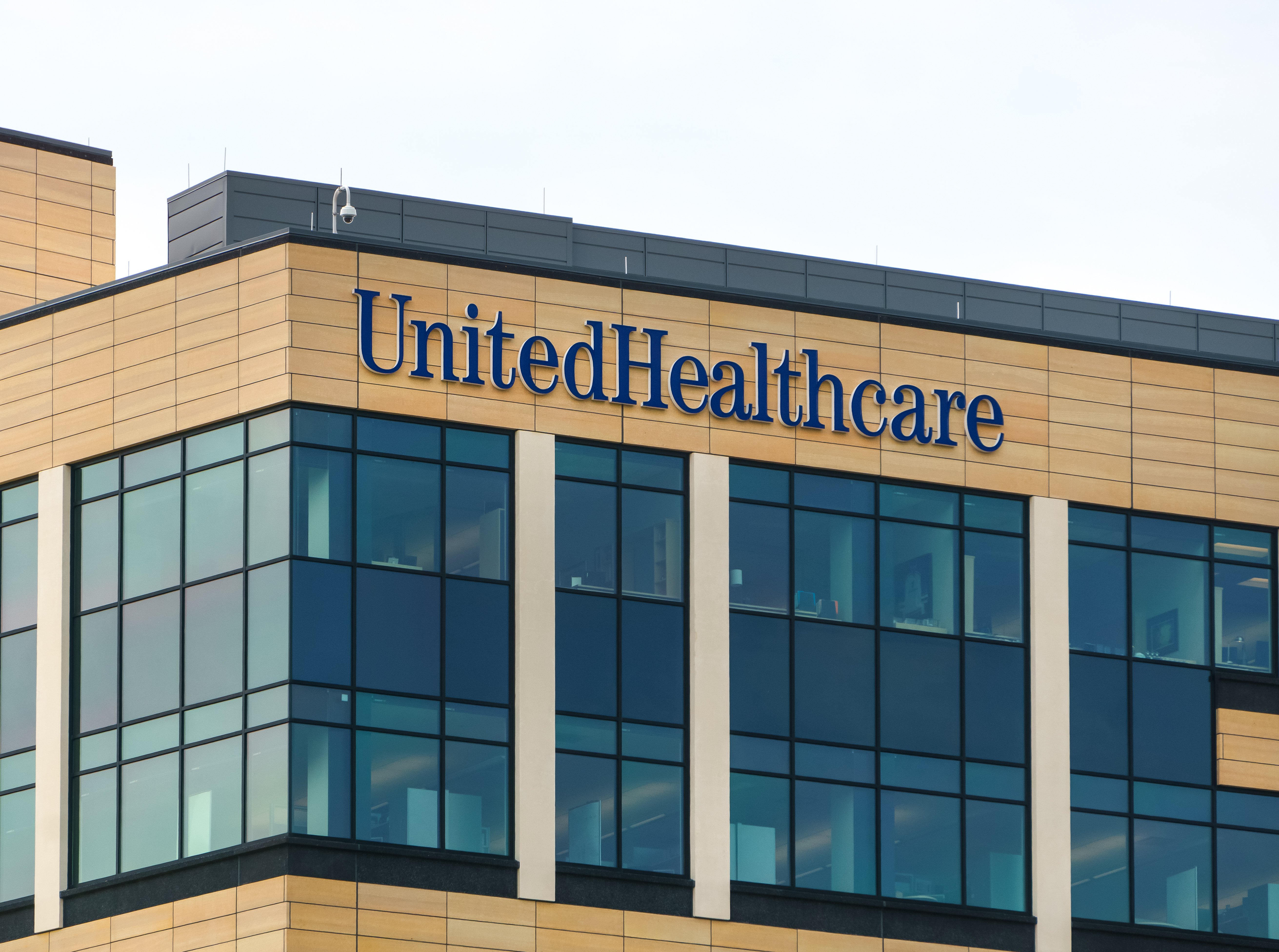 “The two of those together are an absolute powerhouse in the Medicare industry. We believe that it’s almost criminal what the two companies do. They coordinate to make additional profits when AARP plays itself out to be an organization to benefit and help seniors save money, so it’s a big farce,” Paul Cornell, CEO of AARP competitor American Seniors Association, told TheDCNF in a phone interview.

An AARP spokesperson issued the following statement to TheDCNF:

AARP is a 501(c)(4) social welfare organization that serves Americans age 50-plus — work that is supported by diverse sources of revenue, including member dues, advertising income, program fees, and royalty income, all audited, disclosed and published on our website. We advocate for policies that are in the best interests of seniors without regard to how it impacts any of our licensing agreements, as we’ve demonstrated time and again by fighting for health insurance reform, against an Age Tax on older Americans, and against rolling back protections for people with pre-existing conditions, for example.

Here’s What The CBO Has To Say

AARP’s $200 billion claim about the rebate rule is close to the $170 billion 10-year increase in federal spending on Part D premiums that the Congressional Budget Office (CBO) predicted earlier in May.

Some patients might see a net benefit from lower drug prices even if premiums increased, but others would not, the CBO said. 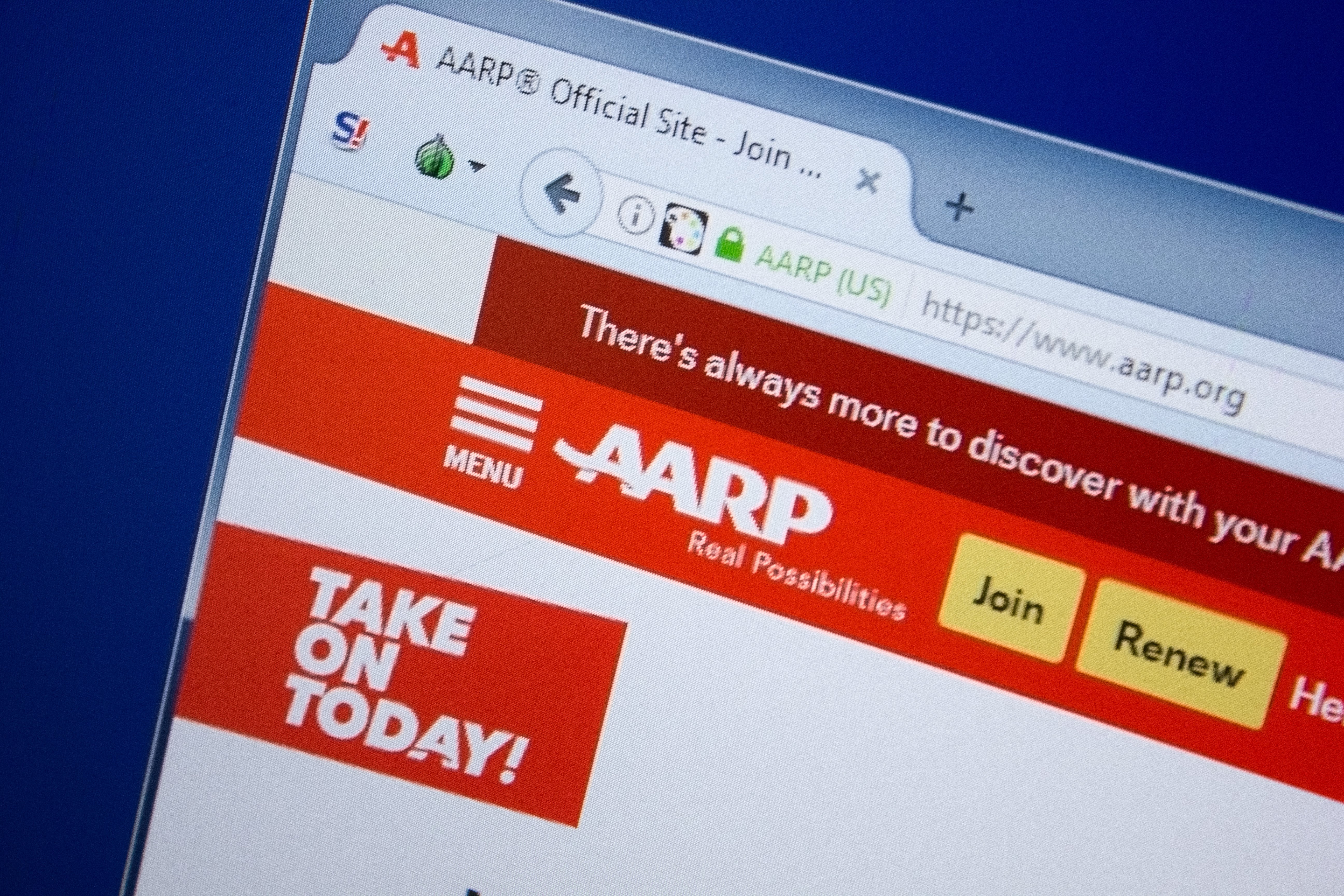 A screen shows the AARP website. Shutterstock image via

But CBO also predicted that the rebate rule would enable seniors “to better adhere to their prescribed drug regimens,” which would reduce payments for hospital and physician care. CBO projects that tradeoff will cut Medicare spending by $10 billion between 2020 and 2029.

CBO isn’t the only group that crunched the numbers on the rebate rule. Actuarial firm Milliman examined various scenarios and found the rule could cut federal spending by almost $100 billion or increase it by about $139 billion over the 2020-2029 period, according to CBO.

The HHS rule does not go far enough, Mass said.

“No manufacturing, no development, no distribution even. [The PBMs and group purchasing organizations] just simply decide who’s going on the formularies and what products are used in hospitals and nursing homes,” she said. “Why should anyone have legalized kickbacks? … There’s three giant PBMs, there’s four giant group purchasing organizations, and these companies are pretty much running the American pharmaceutical supply.” 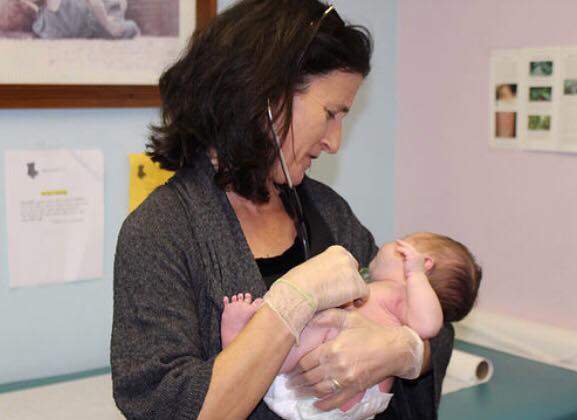 Pediatrician Marion Mass attends to a patient in 2015. Photo courtesy of Mass

“We feel that the pay-to-play situation that emerged with the middlemen is driving up the costs of prescription medication,” Mangione said. “It’s stifling production, it’s creating artificial shortages and our members as well as all Americans are paying for it when they go to pick up their prescription at the local pharmacy.”

Like Azar, Mangione calls the rebates kickbacks. Azar claimed in February that commercial health insurance plans will follow suit if the Medicare Part D and Medicaid rule goes into effect, according to Modern Healthcare.

CBO said it does not expect the final rebate rule to be issued before mid-June. It’s part of a larger push to cut drug prices from the Trump administration that is beginning to show results. For example, drug prices are set to be included in television ads as early as this summer after the administration finalized the proposal May 7.