Speaking at the Greater Baltimore Committee’s annual meeting, Rosenstein provided his most detailed remarks to date about his role in Comey’s firing, as well as his decision to appoint a special counsel to handle the Russia investigation.

Rosenstein submitted a letter to President Donald Trump in May 2017 recommending that Comey be fired over his handling of the Clinton email investigation. He appointed Robert Mueller as special counsel eight days later.

Rosenstein, who left office on Friday, defended all of the decisions, while expressing some remorse over Comey’s unceremonious ouster.

“If I had been the decision maker, the removal would have been handled very differently, with far more respect and far less drama. So I do not blame the former director for being angry,” Rosenstein said, while adding that his memo recommending the firing was “reasonable under the circumstances.” 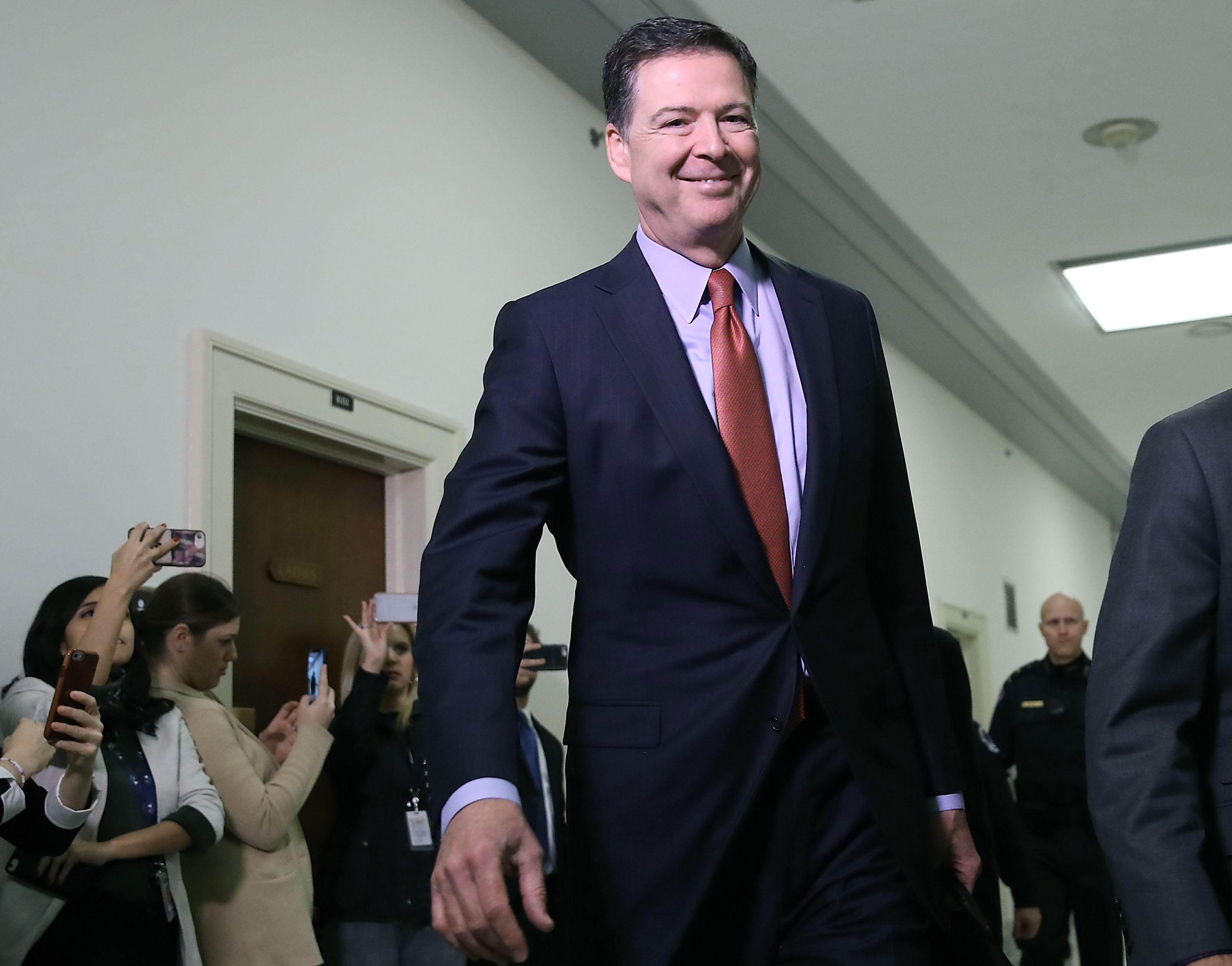 James Comey arrives at the Rayburn House Office Building before testifying to the House Judiciary and Oversight and Government Reform committees on Capitol Hill December 17, 2018 in Washington, DC.  (Photo by Mark Wilson/Getty Images)

He then went after Comey over the former FBI chief’s comments at a CNN town hall on Thursday.

“[N]ow the former Director is a partisan pundit, selling books and earning speaking fees while speculating about the strength of my character and the fate of my immortal soul,” Rosenstein said.

“I think people like that, like Rod Rosenstein, who are people of accomplishment but not real sterling character, strong character, find themselves trapped,” Comey said at the CNN event.

“That is disappointing,” Rosenstein said Monday. “Speculating about souls is not a job for police and prosecutors. Generally we base our opinions on eyewitness testimony.”

Rosenstein also dismissed the claim that the Trump White House could have influenced his handling of Mueller’s investigation.

“I would never have allowed anyone to interfere with the investigation,” Rosenstein said.