House Majority Leader Steny Hoyer claimed Tlaib is owed an apology after members of the GOP criticized her for comments she made about the Holocaust over the weekend.

“If you read Rep. Tlaib’s comments, it is clear that President Trump and Congressional Republicans are taking them out of context,” Hoyer said, according to The Hill. “They must stop, and they owe her an apology.”

This most recent comment from Tlaib to spark outrage came during her appearance on Yahoo News’  “Skullduggery” podcast on Saturday.

There’s always kind of a calming feeling I tell folks when I think of the Holocaust, and the tragedy of the Holocaust, and the fact that it was my ancestors, Palestinians — who lost their land, and some lost their lives their livelihood, their human dignity, their existence in many ways — have been wiped out, and some people’s passports. And just all of it was in the name of trying to create a safe haven for Jews, post-the Holocaust, post-the tragedy and the horrific persecution of Jews across the world at that time. I love the fact that it was my ancestors that provided that, right? In many ways. But they did it in a way that took their human dignity away and it was forced on them.

The accuracy of Tlaib’s comments — or lack thereof — specifically in regard to Arabs providing a “safe haven” for Jews led to criticism. (RELATED: Rashida Tlaib Uses Inaccuracy To Explain Why ‘The Tragedy Of the Holocaust’ Gives Her ‘A Calming Feeling’) 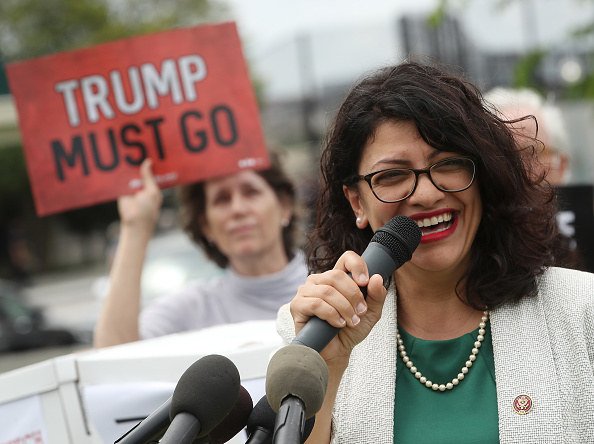 Muhammad Amin al-Husayni, the Palestinian Grand Mufti at the time of World War II was friendly with Adolf Hitler and helped spread anti-Semitic propaganda leading up to the Holocaust.

“Democrat Rep. Tlaib is being slammed for her horrible and highly insensitive statement on the Holocaust,” Trump tweeted Monday morning. “She obviously has tremendous hatred of Israel and the Jewish people.”

This was not the first time Trump has been critical of Tlaib for comments she made. The night following her swearing-in ceremony, Tlaib was taped telling supporters she would work to “impeach the motherf**ker.” At a press conference the next day, Trump claimed that she “dishonored herself and I think she’s dishonored her family.”

There is no justification for the twisted and disgusting comments made by Rashida Tlaib just days after the annual Day of Holocaust Remembrance. More than six million Jews were murdered during the Holocaust; there is nothing ‘calming’ about that fact. Unfortunately, this is far from the first display of heinous anti-Semitic comments coming from Democrat House members this year, and it’s clear this is now the norm for their caucus. It’s long past time for Speaker Pelosi to take swift action and make it clear that these vile comments have no place in Congress. 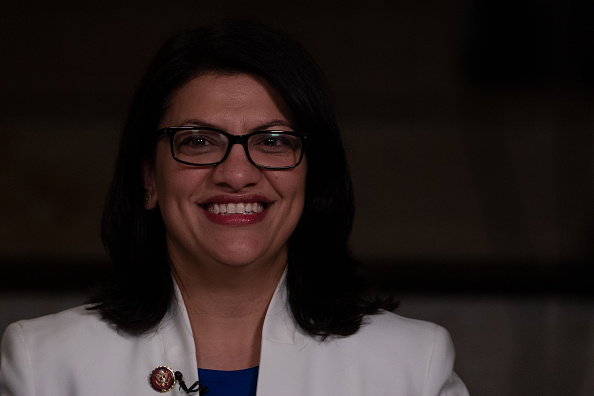 House Republican Conference Chair Liz Cheney of Wyoming tweeted on Sunday, “Surely now @SpeakerPelosi⁩ & ⁦@LeaderHoyer⁩ will finally take action against vile anti-Semitism in their ranks. This must cross the line, even for them. Rashida Tlaib says thinking of the Holocaust provides her a ‘calming feeling.'”

Following Hoyer’s demand that an apology was in order, Cheney tweeted, “I am deeply sorry for our nation that the House Democratic leadership continues to enable the anti-Semitism in their ranks.”