Democratic Michigan Rep. Rashida Tlaib revealed on Saturday that when she envisions the Holocaust she gets a “calming feeling” because her Palestinian ancestors provided a “safe haven” for some Jewish people.

“There’s always kind of a calming feeling I tell folks when I think of the Holocaust, and the tragedy of the Holocaust, and the fact that it was my ancestors, Palestinians, who lost their land and some lost their lives, their livelihood, their human dignity, their existence in many ways, have been wiped out, and some people’s passports,” Tlaib said on the “Skullduggery” podcast. The episode was titled “From Rashida with Love.”

“And just all of it was in the name of trying to create a safe haven for Jews, post-the Holocaust, post-the tragedy and the horrific persecution of Jews across the world at that time,” Tlaib continued. “I love the fact that it was my ancestors that provided that, right, in many ways. But they did it in a way that took their human dignity away and it was forced on them.”

However, the Arab nations did not provide a “safe haven” for the Jew people during or after the Holocaust, where six million Jews were slaughtered.

Palestinians allied with the Nazis during World War II. Muhammad Amin al-Husayni, the Grand Mufti of Jerusalem during the time, was opposed to “further immigration of Jews to Palestine and Jewish national aspirations in Palestine,” according to the Holocaust Memorial Museum. Al-Husayni notably met with Adolf Hitler and “collaborated with the German and Italian governments by broadcasting pro-Axis, anti-British and anti-Jewish propaganda.”

After the Jewish state of Israel was declared, Arab leaders urged their people to leave the newly formed nation-state, reported The Washington Examiner. Despite Israel officially announcing “a full and equal citizenship” for all occupants, the Arab nations, including Egypt, Syria, Jordan, Lebanon and Iraq, invaded Israel the following day. 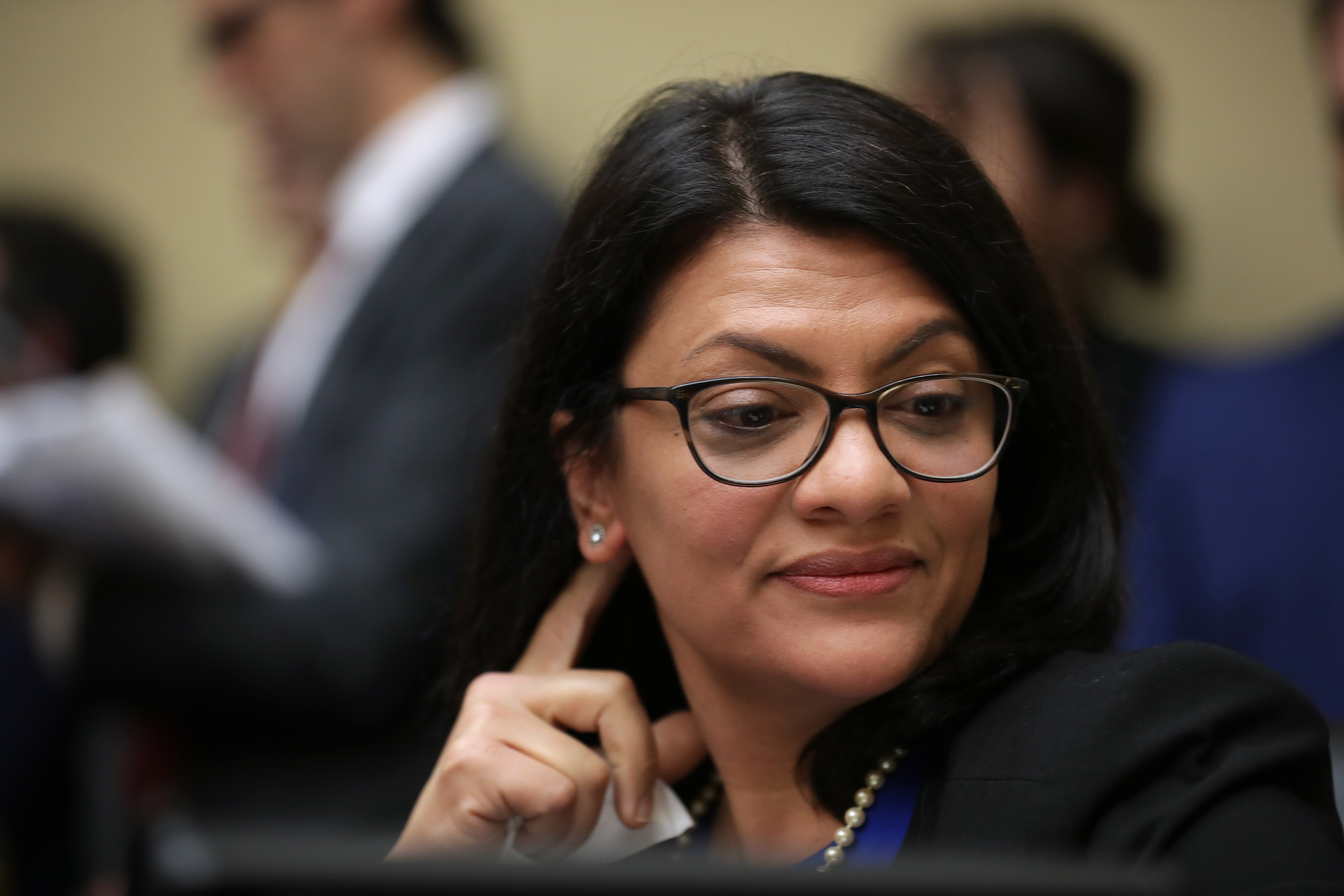 The Iranian-born Australian Shia Muslim Imam Mohamad Tawhidi, known as the “Imam of Peace,” immediately called out freshman Democrat for her inaccuracy.

“You mean my ancestors came and converted yours into Islam by the sword (from Judaism/Christianity) and now you think that by changing your beliefs you can also change Jerusalem’s Jewish identity,” Tawhidi tweeted. “Nice try. You’re the guest here, not the Jewish people.”

Tlaib is America’s first Palestinian congresswomen, and her time in office has been embroiled in allegations of anti-Semitism and anti-American sentiments. (RELATED: Imam Of Peace Calls Out Tlaib And Omar Amid Palestinian Rocket Fire)

She received widespread criticism for her numerous ties to terror-affiliated activists. A pro-Hezbollah, anti-Israel activist attended Tlaib’s swearing-in ceremony and private dinner and she hosted in her congressional office an avowed supporter of Palestinian terrorist organizations such as the Popular Front for the Liberation of Palestine, Hezbollah and Hamas. A key fundraiser in Tlaib’s congressional campaign was also an anti-Semitic Palestinian activist.

GOP Conference Chair Liz Cheney, who is an outspoken opponent of anti-Semitism, urged Democratic leadership to condemn the anti-Semitism that has been rising in the party.

“Surely now [House Speaker Nancy Pelosi & ⁦Majority Leader Steny Hoyer]⁩ will finally take action against vile anti-Semitism in their ranks,” Cheney said. “This must cross the line, even for them. Rashida Tlaib says thinking of the Holocaust provides her a ‘calming feeling.'”