The bipartisan legislation passed after a number of both Democratic and Republican lawmakers co-sponsored the bill.

“The Debbie Smith Act has long been an important tool in the fight to end the backlogs of untested kits in cities across America,” Cornyn said in a statement Friday. “I’m grateful to my Senate colleagues for recognizing the importance of this legislation to law enforcement seeking justice, survivors looking for answers, and families searching for closure.” 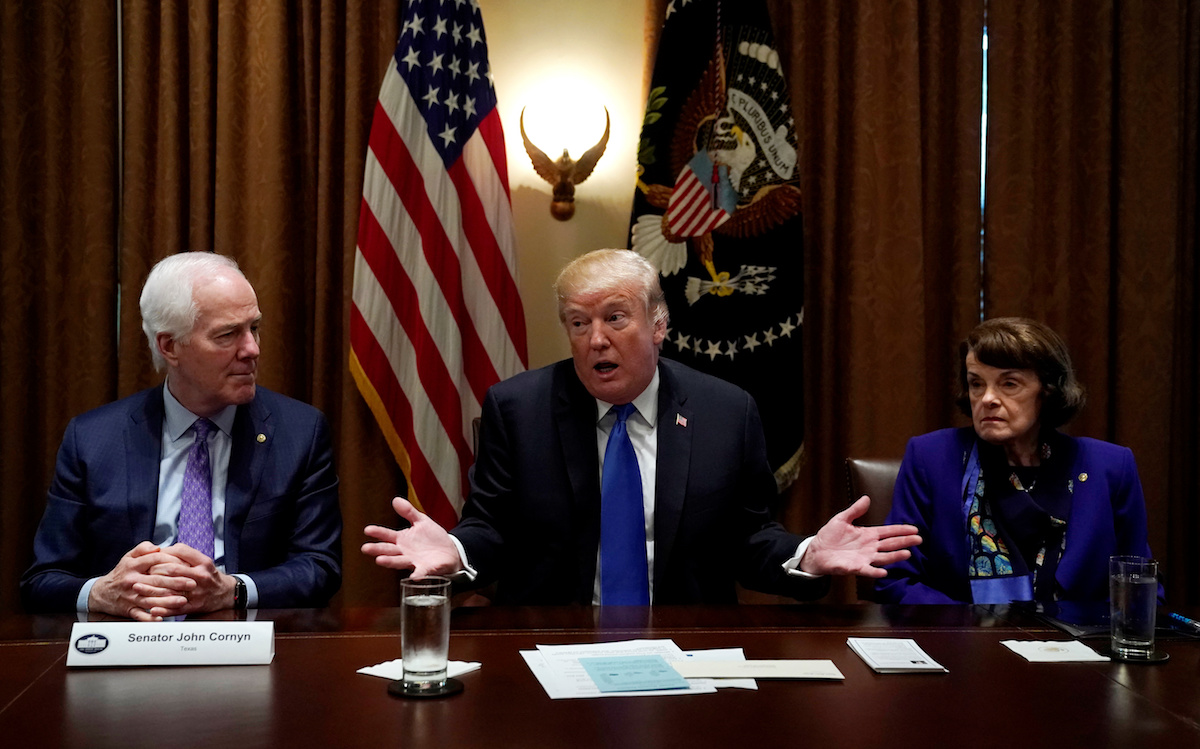 Flanked by Senators John Cornyn and Dianne Feinstein U.S. President Donald Trump meets with bi-partisan members of Congress to discuss school and community safety in the wake of the Florida school shootings at the White House in Washington, U.S., Feb. 28, 2018. (REUTERS/Kevin Lamarque)

There is a related bill that New York Democratic Rep. Carolyn Maloney and Missouri GOP Rep. Ann Wagner introduced in the House.

“The Debbie Smith DNA Backlog Grant program has dramatically reduced the backlog of untested DNA rape kits, providing justice for rape survivors and getting dangerous predators off the streets. Since 2004, more than 860,000 rape kits have been tested and 360,000 DNA profiles uploaded to the FBI’s database thanks to this program,” Feinstein said in a statement Friday. “I’m glad the Senate remains committed to reducing the untested rape kit backlog and I look forward to continuing to work with my colleagues to get it reauthorized.” (RELATED: Old Rape Kits Got Tested, And Now A Lot Of Rapists Are In Jail)

Testing old rape kits has led to 165 prosecutions since 2015, including in rape-murder cases, The New York Times reported in March.