President Donald Trump railed against what he called “the military-industrial complex” when asked about potential conflict with Iran during an interview with Steve Hilton of Fox News Channel Sunday.

“Well, I’m the one that talks about these wars that are 19 years, and people are just there, and don’t kid yourself, you do have a military-industrial complex. They do like war. You know, in Syria, with the caliphate, so I wipe out 100 percent of the caliphate. … I said I want to bring our troops back home. The place went crazy. You have people here in Washington, they never want to leave,” Trump said.

“I said, you know what I’ll do, I’ll leave a couple hundred soldiers behind, but if it was up to them, they‘d bring thousands of soldiers in. Someday people will explain it, but you do have a group, and they call it the military-industrial complex. They never want to leave. They always want to fight,” he continued.

“No. I don’t want to fight, but you do have situations like Iran. You can’t let them have nuclear weapons. You just can’t let that happen,” Trump concluded. 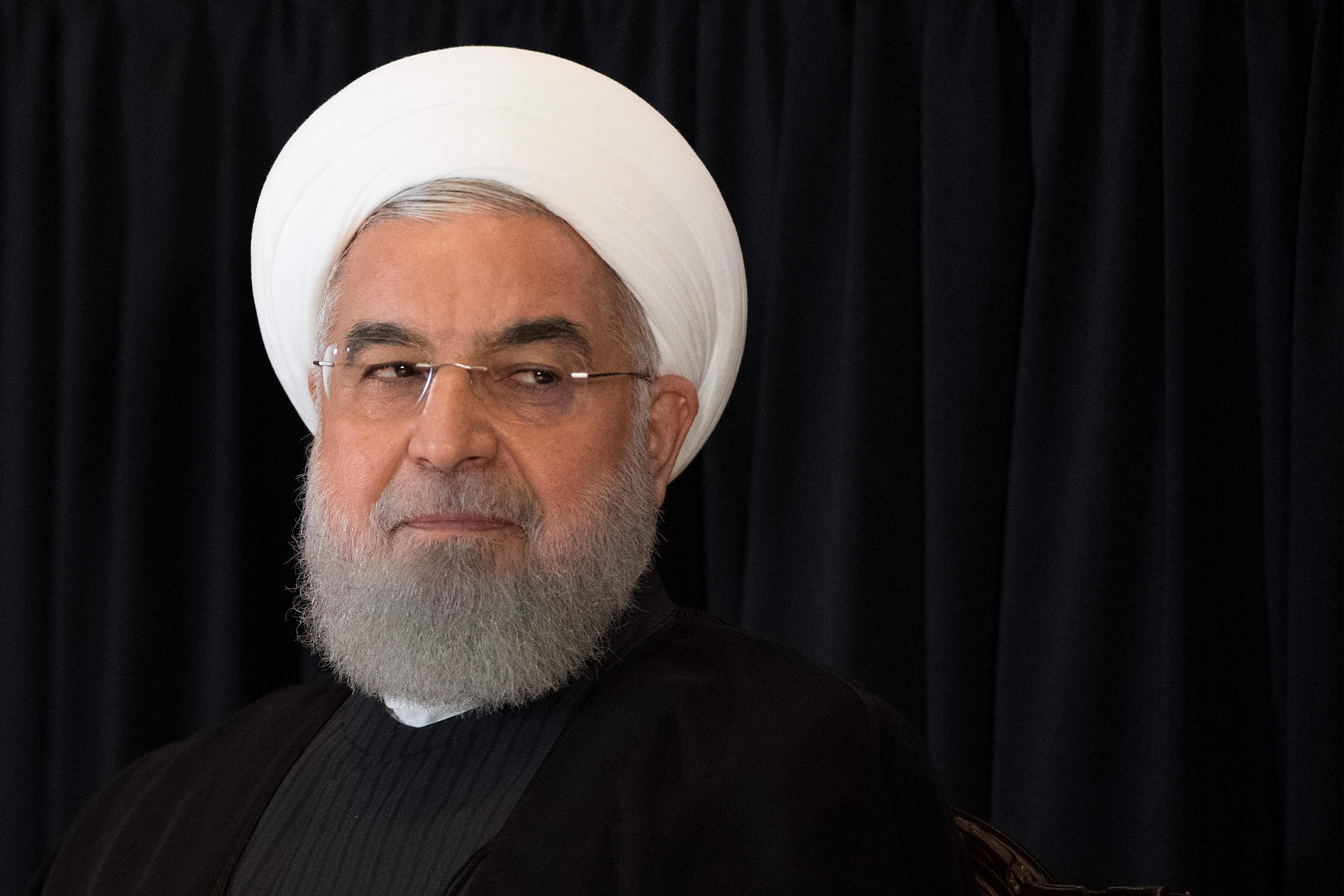 Iranian President Hassan Rouhani speaks during a press conference in New York on September 26, 2018, on the sidelines of the United Nations General Assembly. (JIM WATSON/AFP/Getty Images)

Trump’s discussion of Iran during the interview marked a different tone from a tweet he had sent earlier on Sunday.

“If Iran wants to fight, that will be the official end of Iran. Never threaten the United States again!” Trump wrote on Twitter.

“You can reassure people you’re not looking for some kind of conflict in Iran?” Hilton asked the president.

Tensions between the U.S. and Iran surged on April 8 when Trump announced he was designating the Iranian Revolutionary Guard Corps (IRGC) as a foreign terrorist organization. The designation allows the Treasury Department to impose sanctions not only on the IRGC itself but entities that do business with it.

Then White House National Security Adviser John Bolton announced May 5 that the U.S. was deploying a Navy carrier and bomber task force to the Middle East in response to “a number of troubling and escalatory indications and warnings” including conflict at Israel’s border.

Trump once again voiced his displeasure with endless wars, then called out “people here in Washington” who want war for their own gain before getting to his answer on Iran. (RELATED: Trump Hits Back Against GOP Rep Who Took Stance On Impeachment: ‘Justin Is A Loser’)

If Iran wants to fight, that will be the official end of Iran. Never threaten the United States again!

“The United States is not seeking war with the Iranian regime, but we are fully prepared to respond to any attack, whether by proxy, the Islamic Revolutionary Guard Corps, or regular Iranian forces,” the announcement continued.