Transcripts released by the House Intelligence Committee undermine Michael Cohen’s implication that President Donald Trump may have wanted him to lie to Congress about a potential 2016 real estate deal with Russia.

The former Trump lawyer said he updated Trump about the status of the project numerous times during a key time frame — January through May of 2016. While the conversations themselves were not noteworthy, Cohen noted that “right after” he and the then-candidate would talk about the project, Trump would start talking Russia on the campaign trail. (RELATED: Michael Cohen Has A Ploy To Reduced His Prison Sentence)

“What would stick out in my head and be noteworthy is right after I told him that where I’m still waiting for information regarding the property, he would be out in front of the rally talking about witch hunt and that there’s no Russia, there’s no collusion, there’s nothing here, it’s just not real,” Cohen said, according to the transcripts. “There’s no business.” 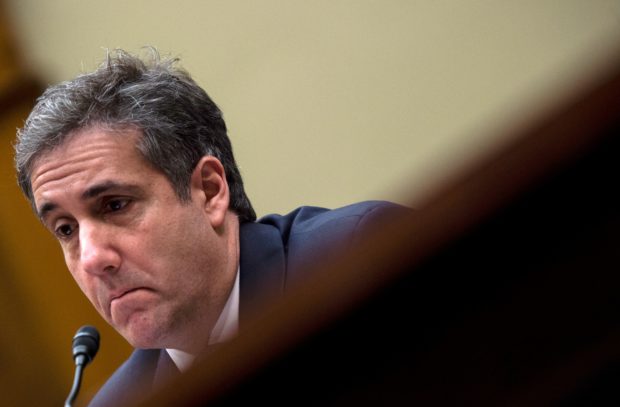 The problem with Cohen’s statement, as producer Aaron Mate pointed out on Twitter, is that the Trump-Russia conspiracy theory was not in the public sphere during the time frame he is referencing. Trump held dozens of rallies per month between February and June of 2016, but a cursory keyword search of rallies from that time period yielded a single mention of Russia — a criticism of the Iran deal, which he said would allow the country to buy missiles from Russia.

Trump did talk about Vladimir Putin during a foreign policy speech at the end of that April in Washington, D.C.

“I believe an easing of tensions and improved relations with Russia, from a position of strength only, is possible, absolutely possible,” he said.

Otherwise, there is no indication he was talking regularly about Russia during the timeframe Cohen was asked about, and zero indication he ever mentioned collusion or witch hunts. The Trump-Russia collusion theory didn’t pick up public steam until Wikileaks published emails stolen from the Democratic National Committee and Hillary Clinton campaign later that summer.

The discrepancy in Cohen’s testimony lends credence to the idea that he was exaggerating the breadth and scope of the real estate play, and Trump’s involvement, in order to get a better deal on crimes he had committed. He now faces three years in prison for financial crimes and for lying to Congress.

But his explosive claim that Trump directed him to lie to Congress is in play. Buzzfeed News has not taken down a story based on his claim, which the Mueller report directly contradicts. (RELATED: Mueller’s Office Disputes Buzzfeed’s Report)

Cohen maintains Trump directed him to tell Congress that talks about a Trump Tower Moscow ended in January of 2016, before the Trump campaign really got underway, when in fact they continued well into that summer. Special Counsel Robert Mueller found he did lie about the date but did not find any evidence Trump directed or aided the lie.