O’Rourke referenced a debunked claim about President Donald Trump in his answer to the first question asked by an audience member.

“Describing those immigrants who come to this country as rapists and criminals, though they commit crimes at a far lower rate than those who are born in this country, describing asylum seekers as animals or an infestation — an infestation is how you might describe a termite or a cockroach, something you want to stamp out, something less than human,” he explained.

O’Rourke’s claim that Trump referred to immigrants as “animals,” was a reference to a statement the president made during an immigration roundtable back in May, 2018. In the full clip of Trump’s remarks, it becomes clear that the president specifically called MS-13 gang members “animals.” The hoopla began when a shortened clip, that cut out a participant’s comment about the gang, went viral. (RELATED: Media Falsely Accuses Trump Of Calling MS-13 Animals)

Later on during the event, O’Rourke referenced the president’s remarks following the riots in Charlottesville back in 2017.

“When a president calls Klansman and Nazis and white supremacists very fine people,” O’Rourke alleged. “When he conflates the words of Representative Ilhan Omar, who happens to be a Muslim member of Congress, with the attacks on 9/11, stoking Islamaphobia and hatred and yes, violence, you begin to be able to explain the rise in hate crimes every single one of the last three years.”

However, that’s not what the president said back then. 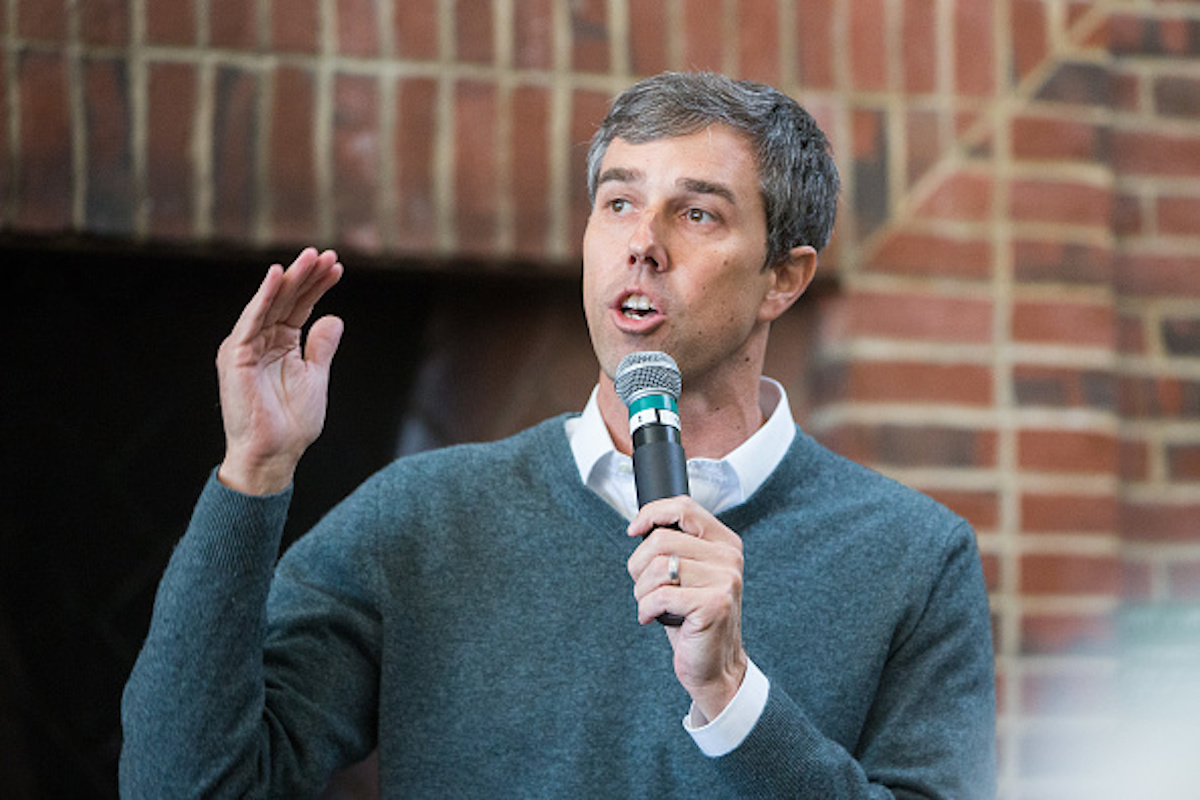 PLYMOUTH, NH – MARCH 20: Democratic presidential candidate Beto O’Rourke speaks during a meet and greet at Plymouth State College on March 20, 2019 in Plymouth, New Hampshire. After losing a long-shot race for U.S. Senate to Ted Cruz (R-TX), the 46-year-old O’Rourke is making his first campaign swing through New Hampshire after jumping into a crowded Democratic field. (Photo by Scott Eisen/Getty Images)

“Excuse me, they didn’t put themselves down as neo-Nazis, and you had some very bad people in that group.  But you also had people that were very fine people on both sides,” Trump said at the time, specifically in regards to the people protesting the removal of a Robert E. Lee statue. (CNN’s Tapper: Trump Didn’t Say ‘White Supremacists Are Very Fine People)

“I’m not talking about the neo-Nazis and white nationalists because they should be condemned totally,” Trump added minutes later.

In an additional, but not Trump-related, inaccuracy, O’Rourke claimed that the U.S. has been in Iraq for “28 years.”

On multiple prior occasions, the former House Rep. stated that the U.S. had been in Iraq for 27 years, and even then, The Washington Post fact-checked him with three Pinocchios.

“But O’Rourke’s math for the Iraq War left us flummoxed. He keeps mentioning 27 years in Iraq, which takes you back to 1992,” WaPo’s Glenn Kessler wrote, last month. “Not only does that date not make much sense, but his comments especially make little sense in the context of talking about “service members who fight on our behalf.”