There were no noted dissents from the Friday orders. The decision was not surprising, as the justices are currently deciding whether federal courts should even hear partisan gerrymandering disputes.

Three-judge panels in both cases said the current district lines are unconstitutionally rigged to the benefit of Republicans. The GOP has strong majorities in the congressional delegations of Michigan and Ohio, though Democrats and Republicans run competitively in both states.

Each decision set fast-moving schedules for the state legislatures — the Michigan ruling gave the state until Aug. 1 to draw new lines, while the Ohio decision required a remedial plan by June 14. Friday’s order from the high court means that neither state will have to create new district maps in the short-term.

The justices heard arguments in March over Republican gerrymanders in North Carolina and a Democratic one in Maryland. Both cases ask whether and how federal courts can resolve controversies over partisan redistricting. Since the Michigan and Ohio appeals will turn on the outcome of the Maryland and North Carolina cases, Friday’s stay was generally expected.

Gerrymandering divides the Supreme Court along familiar ideological lines. While the liberal justices believe the courts are uniquely positioned to curb partisan line-drawing, the conservatives are wary of judicial intervention in the highly-politicized redistricting process. They are also skeptical that the Court can formulate clear and predictable rules to stop gerrymanders.

Whatever trepidation exists on the Supreme Court is not shared in the lower courts. Judges at the state and federal level have struck down some half dozen district lines in recent years as unlawfully skewed to the benefit of a particular party. Writing for the three-judge panel that struck down Michigan’s lines, Judge Eric Clay singled the justices out and urged them to remedy partisan abuses during redistricting. (RELATED: Forget Alabama: These Abortion Cases Are In Front Of The Supreme Court Right Now)

“Judges — and justices — must act in accordance with their obligation to vindicate the constitutional rights of those harmed by partisan gerrymandering,” Judge Eric Clay wrote. 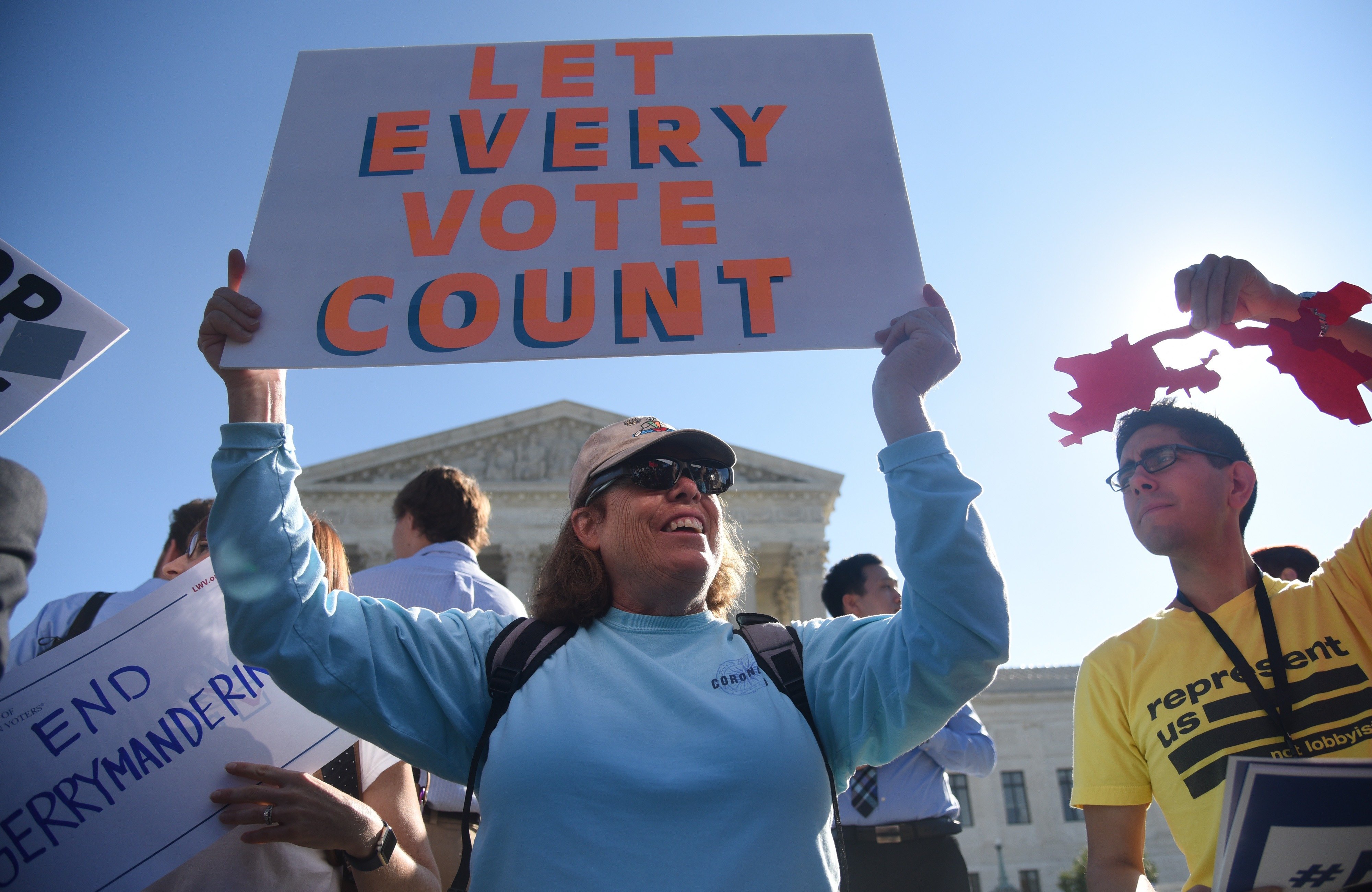 Demonstrators gather outside of the Supreme Court to call for an end to partisan gerrymandering on October 3, 2017. (Olivier Douliery/Getty Images)

Nonetheless, the Supreme Court has never struck down a district map on partisan gerrymandering grounds. In recent decades, retired Justice Anthony Kennedy held the balance of powers in such cases. Kennedy believed, like his liberal colleagues, that courts might be able to police partisan gerrymanders. However, he ultimately sided with the conservative wing in those cases, saying he had not yet identified plain, workable standards for redistricting cases.

The Ohio and Michigan controversies have nearly run their course, whatever happens in the court system. Voters in both states adopted anti-gerrymandering measures by comfortable margins during the 2018 election cycle. The Ohio system would give an independent panel power over redistricting in the event the state legislature cannot reach bipartisan consensus, while the Michigan plan gives a nonpartisan citizens commission power over line-drawing.

Speaking during the March arguments, Justice Neil Gorsuch suggested that the growing popular movement against gerrymandering could mitigate the need for judicial supervision.

“My sense is there’s a lot of movement in this area,” Gorsuch said.