Democrats on the Senate Judiciary Committee asked Barrett, who is on President Donald Trump’s shortlist for the Supreme Court, about how her Catholic religious views might affect the discharge of her judicial duties during her September 2017 confirmation hearing.

“We have a long tradition of religious tolerance in this country and in fact the religious test clause in the Constitution makes it unconstitutional to impose a religious test on anyone who holds public office,” Barrett said during remarks at the Washington, D.C., campus of Hillsdale College.

“I think when you step back and you think about the debate about whether someone’s religion has any bearing on their fitness for office, it seems to me that the premise of the question is that people of faith would have a uniquely difficult time separating out their moral commitments from their obligation to apply the law,” Barrett added. “I think people of faith should reject that premise.”

Questions about Barrett’s faith arose from a 1998 law review article she wrote with a professor examining the obligations of Catholic judges in death penalty cases. (RELATED: Judicial Nominee Accused Of Anti-Catholic Bigotry On Track For Confirmation)

The judge remained a target for Senate Democrats even after her confirmation to the 7th Circuit. Senate Minority Leader Chuck Schumer named Barrett in a May 21 floor speech while accusing Republicans of being disingenuous on abortion. Though some Republican lawmakers have denounced recent legislation at the state level that significantly curtails abortion access, Schumer said the GOP is still advancing a pro-life agenda through judicial confirmations. 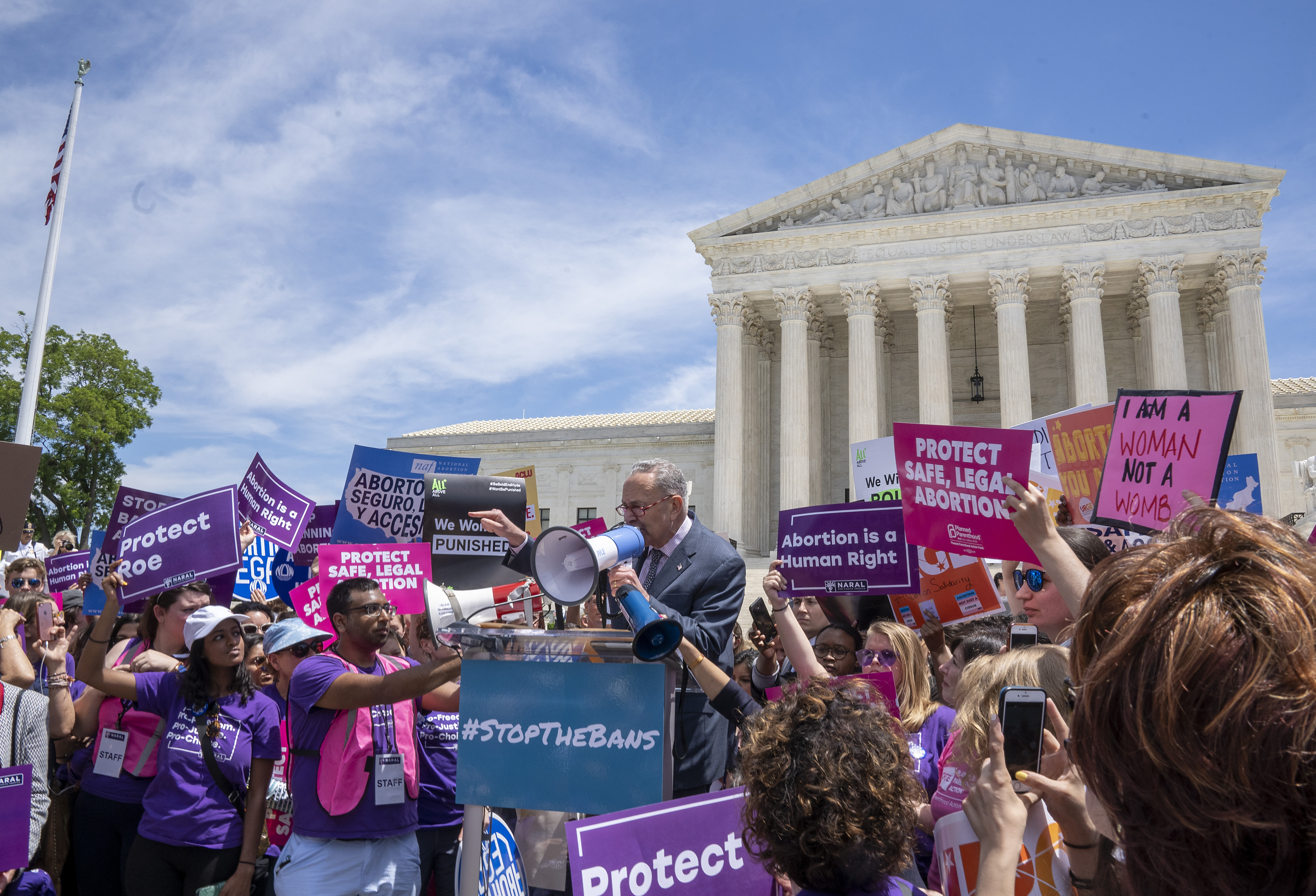 Senate Minority Leader Charles Schumer speaks at a pro-choice rally at the Supreme Court on May 21, 2019. (Tasos Katopodis/Getty Images)

“What about Amy Coney Barrett?” Schumer said. “She said Roe v. Wade had been erroneously decided and called the Affordable Care Act’s birth control provisions an assault on religious liberty. A lot of these judges are not just against abortion, they’re against contraception. She’s on the bench for life and on President Trump’s shortlist for the Supreme Court.”

Some legal commentators contest the claim that Barrett has called Roe an erroneous decision.

Elsewhere in her remarks, Barrett said judges have proven capable of following the law despite personal preferences or loyalties. She favorably cited the example of Justice Robert Jackson in the 1944 Korematsu v. U.S. decision, which upheld the constitutionality of Japanese internment. Though Jackson held top legal posts in the Roosevelt administration and was a close friend of the president, he dissented from the Korematsu ruling, warning the decision would lay about like “a loaded weapon, ready for the hand of any authority that can bring forward a plausible claim of an urgent need.”

“Being a judge takes courage, the courage of Robert Jackson,” Barret said. “You are not there to decide cases as you may prefer.”