“Yes, if there’s one thing I’m known for — as one of the most prominent Orthodox Jews, targets of the alt-right, and critics of the alt-right in America — it’s directing Nazis to attack synagogues,” Shapiro responded to BuzzFeed News. “What garbage.”

Nolan Brewer, 21, was sentenced to three years in prison on May 22 for conspiring to violate the civil rights of a synagogue in Indiana, according to the U.S. Department of Justice. Brewer and his 17-year-old wife spray painted Nazi flags and iron crosses on the property and a lit some ground on fire.

BuzzFeed News published an article days later where Nolan’s defense attorneys, seeking a lighter sentence for their client, blamed his teenage wife on radicalizing her husband.

“According to Nolan, she began with rightwing yet mainstream views such as those presented on Fox News. She then moved on to writing by Ben Shapiro and articles on Breitbart News which bridged the gap to the notorious white supremacist and anti-Semititc [sic] propaganda site Stormfront,” Nolan’s defense stated.

The article received massive backlash for claiming Shapiro, an Orthodox Jew who routinely condemns the alt-right, inspired a member of the alt-right to attack Jews.

“Fuck you, [BuzzFeed News]. Imagine, if you would, that we’re talking about a jihadi; they wouldn’t want to dig too deeply into his reading material, certainly,” said David Reaboi, a national security and political warfare expert. “Of course it’s not about [Shapiro] —it’s about making even the most mainstream conservative voices akin to Nazism.” 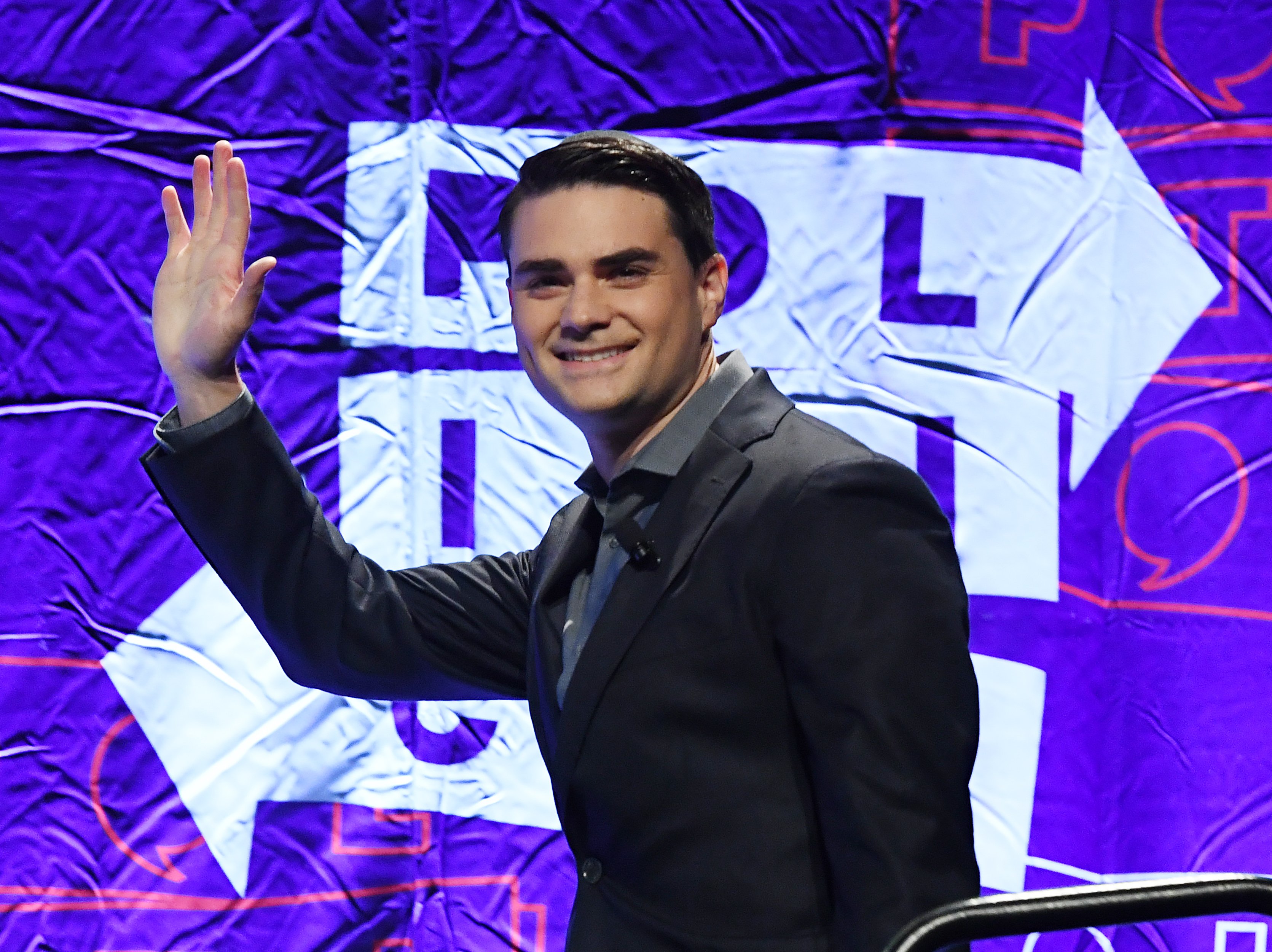 Conservative political commentator, writer and lawyer Ben Shapiro waves to the crowd as he arrives to speak at the 2018 Politicon in Los Angeles, California on October 21, 2018. (Mark Ralston/AFP/Getty Images)

“Pathetic hit piece. Nazi inspired by an Orthodox Jew?” Jason Rantz tweeted. “This is why Buzzfeed is barely hanging on to relevance and a functioning business model.” (RELATED: Economist Apologizes After Falsely Labeling Ben Shapiro ‘Alt-Right’)

“Yes that sounds right, Jewish [Shapiro] influenced a random person to become a neo-Nazi and vandalize a Synagogue. We totally believe you. Totally,” said Imam Mohamad Tawhidi, an Iranian-born Australian known as the “Imam of Peace.” Tawhidi has been an outspoken opponent of the rising anti-Semitism in America, especially that propagated by a handful of freshman Democrats in Congress.

“[In my honest opinion] if reading [Shapiro] turns you into a Nazi, I think you’re reading Ben Shapiro wrong,” replied Jonah Goldberg.

The left-wing transgender activist, Emily Gorcenski, who reportedly broke the original story tweeted at Shapiro in support of the article by saying “this is from the perpetrator’s own defense.”

“In other words, it’s his own words that describe the role you played sending them down the path to hate criming,” Gorcenski continued. “Those are facts. Finds some counseling for your feelings.”

Gorcenski later tweeted “Ben’s mad, and on that note I go to sleep peacefully.”