After media outlets ran headlines warning a Dayton, Ohio, KKK rally on Saturday could be a “powder keg,” the gathering proved insignificant when nine people showed up compared to roughly 500 protesters.

Outlets including The Hill ran stories with headlines like “‘Powder keg’ in Dayton: Ohio city braces for KKK rally.” The city estimates it spent $650,000 on security for the event, including about $250,000 on personnel and about $400,000 on materials, reported WKYC 3.

Democratic Dayton Mayor Nan Whaley told residents to avoid the downtown area Saturday. (RELATED: Archaeologists Find The Last Ship That Transported Slaves To America. Here’s Why It Means So Much To This Tiny Alabama Town) 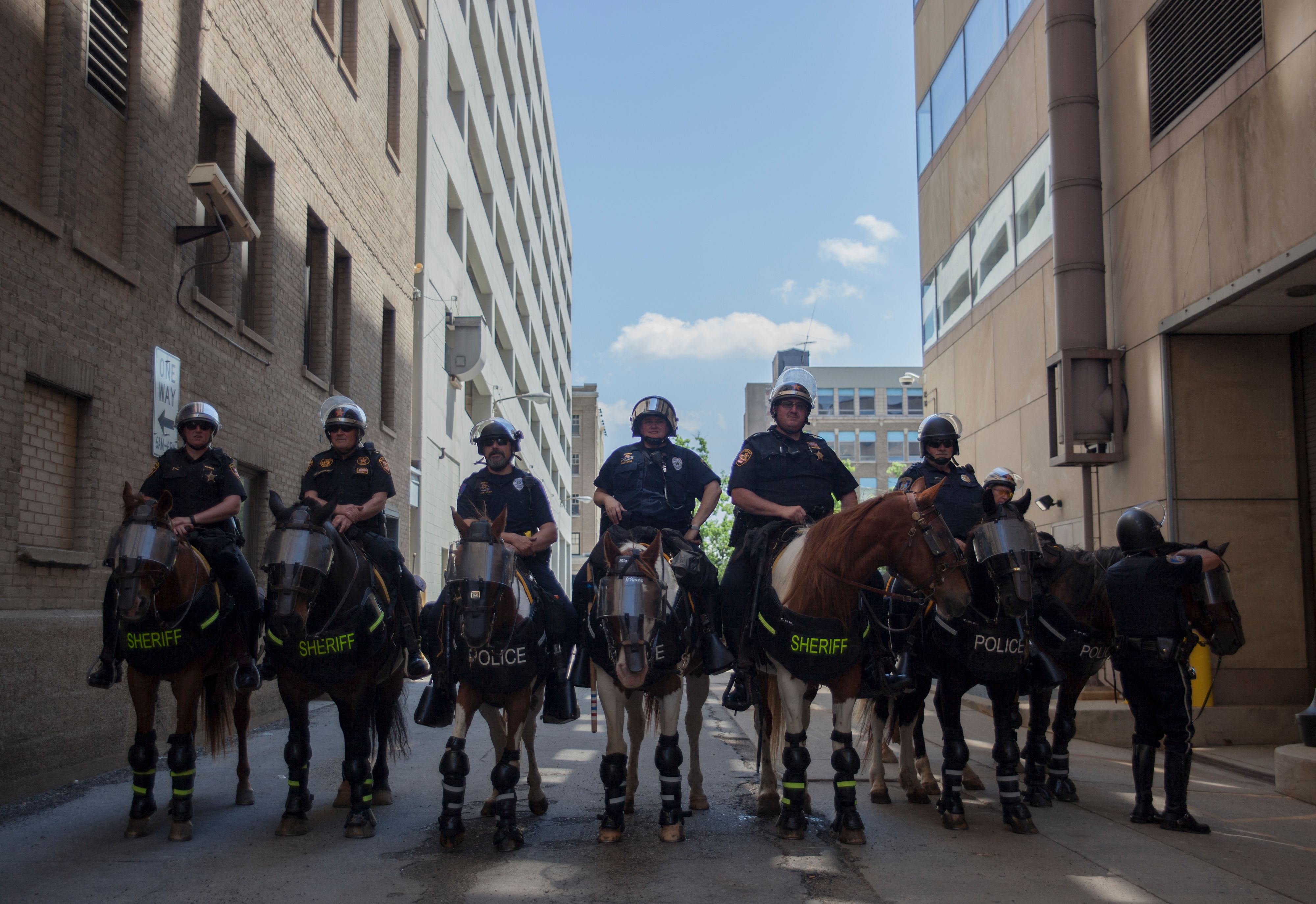 A mounted police unit waits in a staging area as a small group from the KKK-affiliated Honorable Sacred Knights gather for a rally in Dayton, Ohio, May 25, 2019. – According to police, the small group of 9 Honorable Sacred Knights were met by an estimated 500-600 counter-protesters. Police units from the Ohio state cities of Columbus, Cleveland, Toledo, and Cincinnati were called in for backup in case of violence. (Photo by Seth HERALD / AFP) (Photo credit should read SETH HERALD/AFP/Getty Images) 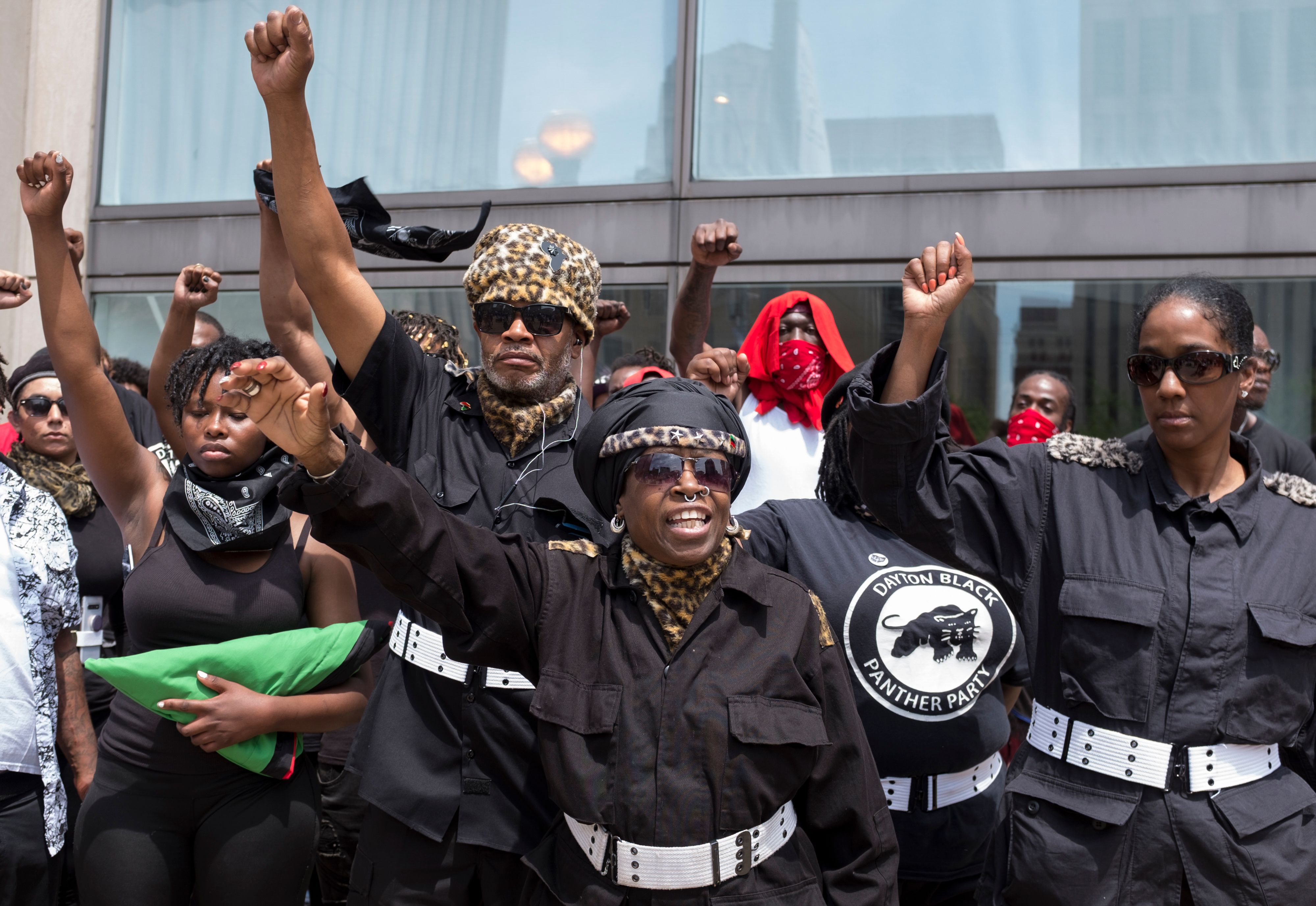 The Dayton chapter of the Black Panthers protest against a small group from the KKK-affiliated Honorable Sacred Knights during a rally in Dayton, Ohio, May 25, 2019. (SETH HERALD/AFP/Getty Images)

After the rally, Whaley shared a message on Twitter Saturday saying it was time to “get back to the real work — making sure that no matter what you look like, where you come from, or who you love, that you can have a great life here in Dayton.”

This ugly chapter is over, but it means we have to get back to the real work – making sure that no matter what you look like, where you come from, or who you love, that you can have a great life here in Dayton. Please see my full statement below. #UnitedAgainstHateDYT pic.twitter.com/25JyRCjZRY

Her Saturday statement also chastised Dayton for being “too segregated, too unequal” after hundreds of anti-racist demonstrators turned out.

Some of the counter-protesters wore sidearms, and the people attending the KKK rally were allowed to as well, reported The Huffington Post. The rally in Dayton ended without violence or arrests, reported The Dayton Daily News.

Media anticipation of a worst-case scenario at Saturday’s protest and counter-protest pointed to their eagerness to frame stories around an alleged ballooning of far-right extremism. The Washington Post provoked an online backlash in late April after publishing an article that said the recent terrorist attacks targeting Christians in Sri Lanka fueled “far-right anger in the West.” In early May, CNN anchor Alisyn Camerota referred to anti-Semite Louis Farrakhan as a member of the “far-right” during a segment about Facebook’s recent ban on “dangerous” leaders.