Senate Majority Leader Mitch McConnell said Senate Republicans would fill a vacancy on the Supreme Court were one to arise in 2020 during remarks Tuesday at the Paducah Chamber of Commerce.

McConnell’s remarks immediately drew sharp criticism from Democrats, who said his stated opposition to Judge Merrick Garland’s confirmation to the Supreme Court in 2016 was clearly made in bad faith. At the time, McConnell said historical precedent provides that the Senate generally does not confirm justices in an election year when the government is divided.

“Oh we’d fill it,” McConnell said in response to a question about a 2020 vacancy, letting slip a smile, prompting laughter from the audience.

The majority leader went on to say that many legislative accomplishments eventually expire, while judicial confirmations are a far-reaching legacy.

“What can’t be undone is a lifetime appointment to a young man or woman who believes in the quaint notion that the job of a judge is to follow the law,” McConnell said. “That’s the most important thing we’ve done for the country which cannot be undone.”

The Senate confirmed its 100th Trump judge on May 2. (RELATED: Supreme Court Will Review Cross-Border Shooting By Border Patrol Agent)

A spokesman for McConnell told CNN that the difference between the Garland nomination and a hypothetical 2020 nomination is that control of the government was divided between Democrats and Republicans in 2016. In 2020, Republicans will control both the Senate and the White House. McConnell believes the relevant historical precedent is election year confirmations during a period of divided government. 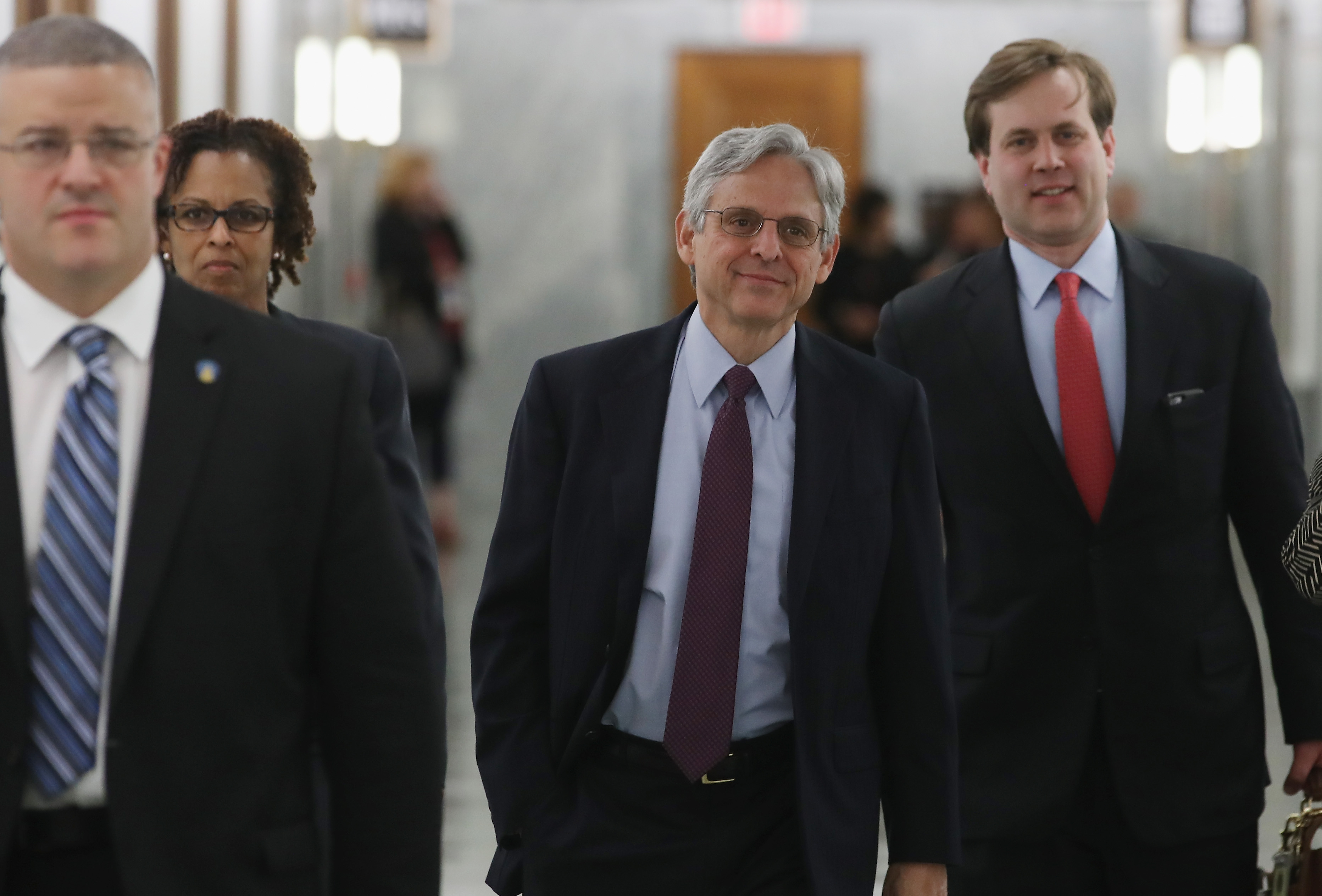 “It’s within the president’s authority to nominate a successor even in this very rare circumstance,” McConnell said during a February 2016 floor speech. “Remember that the Senate has not filled a vacancy arising in an election year when there was divided government since 1888, almost 130 years ago.”

“Seriously, it’s no surprise,” the minority leader said in a subsequent tweet. “McConnell lives for GOP judges because he knows the GOP agenda is so radical and unpopular they can only achieve it in courts. Anyone who believes he’d ever allow confirmation of a Democratic president’s nominee for the Supreme Court is fooling themselves.”

The two oldest members of the high court are both Democratic appointees. Justice Ruth Bader Ginsburg is 86 and Justice Stephen Breyer is 80, though neither justice has immediately pressing health issues. Some court-watchers have speculated that Justice Clarence Thomas could retire in the near future to ensure the confirmation of a like-minded successor, though Thomas has publicly disclaimed any interest in retirement.