Judge Lee Yeakel ruled on the side of the school response team’s anti-free-speech institutional rules.

The lawsuit, which was filed by the relatively new pro-free speech organization on campus called “Speech First,” centers around three anonymous students referred to as students “A,” ”B” and “C.” These students are members of Speech First and claim to hold a variety of beliefs generally unpopular on liberal college campuses, including support for traditional values, Israel, the Second Amendment and Justice Kavanaugh, as mentioned in the complaint. 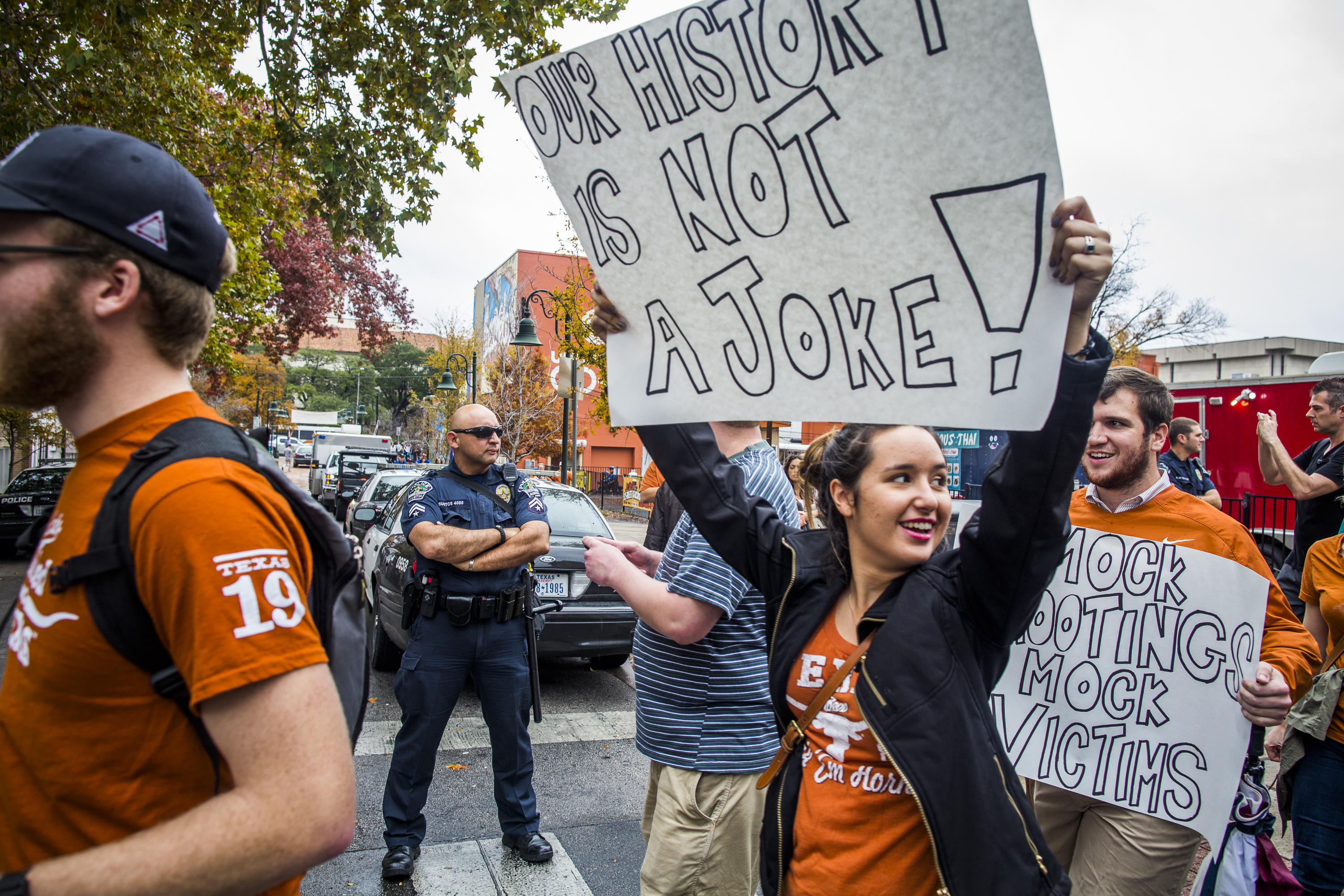 These students’ speech rights were “chilled” due to the presence of several ambiguous and broad sections in the University’s institutional rules and other codes of conduct, according to the lawsuit. The “chilling effect” is a term long used by the U.S. Supreme Court to describe laws and actions that discourage the legitimate exercise of one’s free speech rights.

The school’s nondiscrimination policy outlines repercussions for students who engage in “verbal harassment,” a term that can be construed to restrict political speech on controversial issues like immigration and biological sex. (RELATED: Good News: Free Speech Is Winning On College Campuses)

The school’s institutional rules say that verbal harassment consists of the following:

Insults, epithets, ridicule, personal attacks, or the categories of harassing sexual speech set forth in Policies 3-3031 and 9-1810 of the Handbook of Operating Procedures. Verbal harassment is often based on the victim’s appearance, personal characteristics, or group membership, including but not limited to race, color, religion, national origin, gender, age, disability, citizenship, veteran status, sexual orientation, gender identity or gender expression, ideology, political views, or political affiliation.”

Similar to the institutional rules, UT dorms have overbroad language in their rules, including restrictions on “uncivil language.”

Speech First’s suit also takes specific aim at the “Campus Climate Response Team,” a cohort of administration officials and students that investigate and recommend actions against students who are accused of “bias.” According to Speech First, this group specifically chills the students’ ability to speak and therefore constitutes an infringement on their First Amendment rights.

The lawsuit was originally filed in December, and during oral arguments in March Judge Yeakel expressed a desire to have the parties reconcile their issues outside the courtroom, though UT never expressed any interest in working with Speech First to address the issues they brought to light.

UT Austin has been the scene of many free-speech battles in recent years, including affirmative action bake sales and Pro-Justice Kavanaugh demonstrations that descended into violence, the doxxing of dozens of conservative students, as well as the smoke-bombing of a pro-life speaking event. (RELATED: “Smoke Bomb” Disrupts Conservative Group Event At UT Austin)

Nicole Neily, President of Speech First was resolute after the opinion was issued, issuing this statement to The Daily Caller: “Speech First continues to believe that the University’s policies chill protected expression in violation of the First Amendment. We look forward to the next phase of the case before the U.S. Court of Appeals for the Fifth Circuit.”

The Fifth Circuit is broadly considered one of the most conservative circuits courts in the country and has had more of its judges appointed during the Trump administration than any other circuit court, five in total.

President Trump has made college campuses a focus of his administration in recent months. Following the assault of a conservative activist at UC Berkeley in February, Trump signed an executive order tying federal research dollars to institutions of higher education’s protection of free speech rights. (RELATED: Opinion: Don’t Be Hasty To Condemn Trump’s Executive Order On Campus Free Speech)

Representatives for UT Austin did not respond to requests for comment from the Daily Caller at the time this piece was published.