New York City Mayor Bill de Blasio blamed “forces of white supremacy” for an attack on a group of Hasidic Jews in Crown Heights, Brooklyn, last month, even though the actual attackers were black.

While it is true in some cases that hate crimes involve the narrative of the “angry white male” wreaking havoc on marginalized victims, the actual statistics of New York’s police department appear to tell another story. 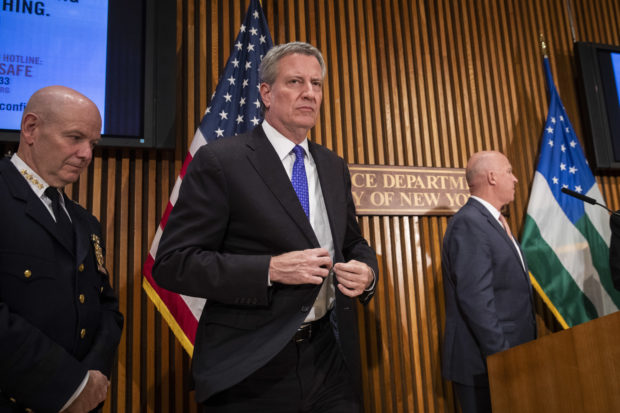 From the NYPD’s analysis:

Yearly 2018 statistics tell a similar tale. Of 151 total crimes resulting in arrest, 77 arrestees were white (51% of hate crime arrests, 42.78% population) and 67 were black (44.4% of hate crime arrests, 24.32% of the population). Only four of those arrested were of Asian ancestry. (RELATED: Reason Editor Explains How Hate Crime Statistics Are Misrepresented, Give Shocking Guess On How Many Are Actually Real)

It was unclear why only 23.6% of hate crime suspects were white while 51% of hate crime arrests were also white. Nevertheless, the breakdown of even white arrests for hate crimes as a percentage of the white population (51% vs 42.78%) is still lower than that for blacks (44.4% vs 24.32%).

The Daily Caller asked The Manhattan Institute’s Heather Mac Donald for some insight into why this could be:

If the NYPD characterizes domestic stalking and other types of non-violent domestic disputes as a hate crime based on gender — and I don’t know if this is the case — it would be easier to arrest suspects, since the suspect would be known. There may be more whites proportionally involved in non-violent domestic abuse than in stranger hate crimes, on the analogy with stranger street crime. A larger proportion of white committed homicides than black committed homicides are domestic violence, because whites are only negligibly involved in street crime. In New York City, for example, blacks are 72% of all shooting suspects, and whites less than 3%, though the black and white proportions of the city’s population are around 24% and 43%, respectively.

“But if non-violent domestic abuse were included in the hate crime category, you would expect to see a higher percentage of Hispanic suspects, since they have high rates of domestic violence,” she continued.

Mac Donald said she supposes “it’s possible” that police might decide not to characterize an assault as a hate crime after picking up a minority suspect but there’s “no evidence” to support such a claim: “I suppose that is possible, but I have no evidence for that. A portion of black-on-white street violence may have some element of contempt that rarely is acknowledged or charged. But that is a different matter. I wish I had an answer, but it is a very interesting discrepancy.”

The Daily Caller has reached out to NYPD for comment but did not receive an answer in time for publication.