Independent Vermont Sen. Bernie Sanders claimed Sunday that he spent his “whole life … fighting against authoritarianism,” but is apparently forgetting his praise for the Soviet Union and Cuba.

“I have spent my whole life fighting for democracy, fighting against authoritarianism, whether the Soviet Union, Venezuela or anyplace else,” Sanders told CNN’s “State of the Union.”

The second-place Democratic presidential candidate was asked, “Do you think though now the country is more ready for a Democratic Socialist president like you than it was four years ago?” (RELATED: The Key To Winning In 2020 Will Be Properly Explaining Socialism, Says Bernie Sanders)

Sanders responded: “I think the answer, but I think it’s important for the American people to understand what my definition is of Democratic Socialism. It’s certainly not how Donald Trump defines it.”

Democratic presidential candidate Bernie Sanders: “I have spent my whole life fighting for democracy, fighting against authoritarianism, whether the Soviet Union, Venezuela or anyplace else.” pic.twitter.com/w8ky6hdz2Y

Sanders then went on to explain that his definition includes fighting for democracy and against authoritarianism.

But Sanders has not always fought against authoritarianism in general or even the specific variety that existed in the Soviet Union.

During the 1980s, Sanders was a virtual apologist for communist states, praising the way the system allegedly worked better than the capitalist model in the United States, as the Washington Examiner noted. After a trip to the Soviet Union, Sanders was effusive in his praise of the country’s planned economy.

“There are some things that [the Soviet Union does] better than we do and which were, in fact, quite impressive. Subway systems in in Moscow costs 5 kopecs — or 7 cents. Faster, cleaner, more attractive and more efficient than any in the U.S. — and cheap,” Sanders noted, according to the Examiner. “The train trip that we took from Leningrad to Moscow — for Soviet citizens — was very cheap.” Sanders was also enthusiastic about “programs for youth and workers” that he said he observed in the USSR. (RELATED: Former Swedish PM Carl Bildt Mocks Bernie Sanders For Soviet Union Visit In Tweet)

Sanders was also impressed with Cuba’s “democracy,” which he said was “providing their people with free health care, free education, free housing … they are in fact creating a very different value system than the one we are familiar with.” 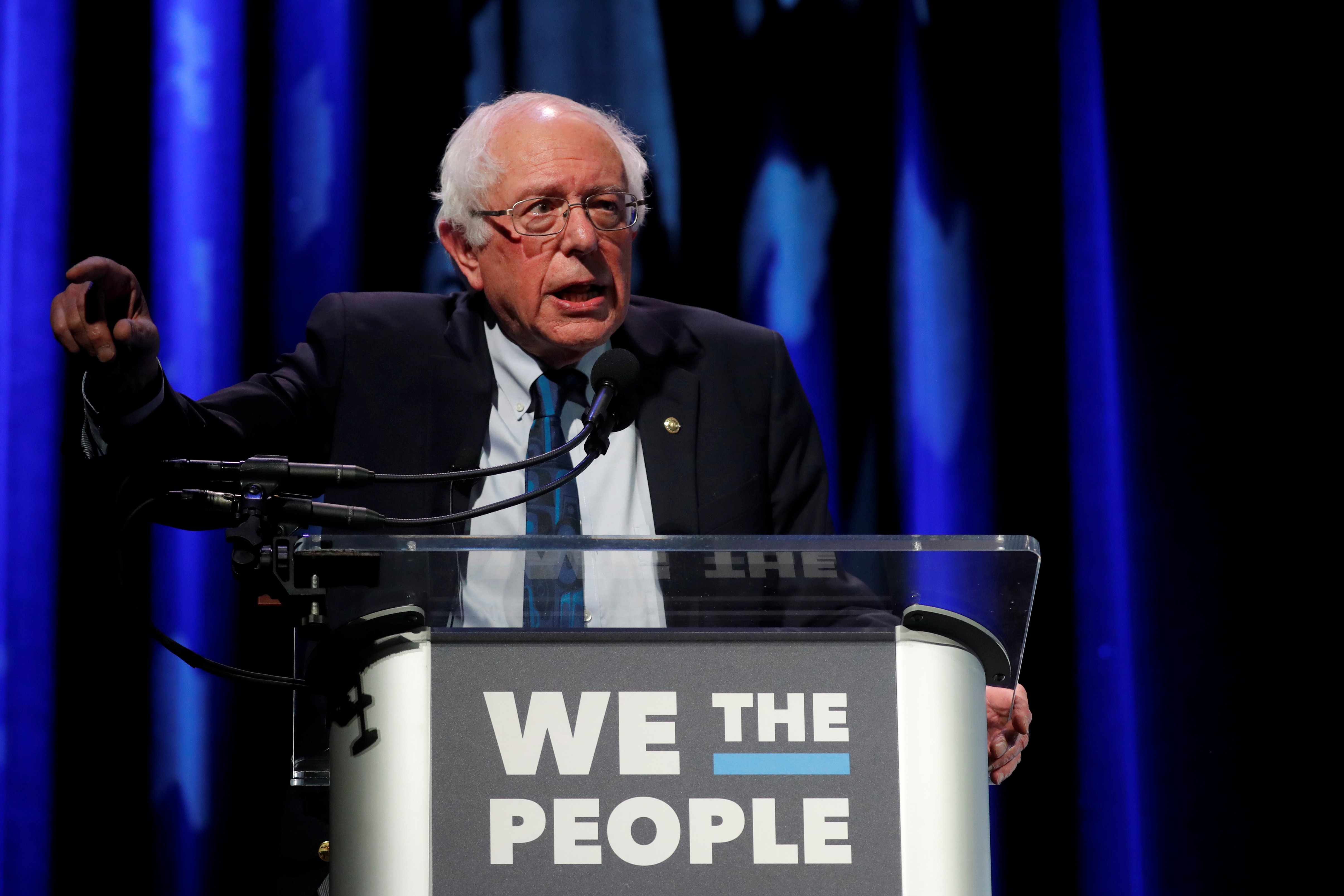 U.S. 2020 Democratic presidential candidate and Senator Bernie Sanders participates in a moderated discussion at the We the People Summit in Washington, U.S., Apr. 2019. REUTERS/Carlos Barria.

As for his insistence that he has not condoned the bad behavior of Venezuela, the senator recently hired David Sirota as an advisor and speechwriter for Sanders’ presidential campaign. Sirota lauded the “economic miracle” supposedly created in that country by strongman Hugo Chavez.

The FBI also investigated Bernie Sanders in the 1980s for his association with Marxist groups and his support of the far-left Sandinista regime in Nicaragua.