Fotis Dulos and his live-in girlfriend Michelle Troconis pleaded not guilty in a Connecticut courthouse Tuesday after the disappearance of Dulos’ estranged wife more than two weeks ago.

Jennifer Dulos, 50, was last seen dropping her children off at New Canaan Country School on the morning of May 24, reported the Stamford Advocate.

Fotis Dulos, 51, and Troconis, 44, both pleaded not guilty to charges of tampering with evidence and hindering prosecution Tuesday. Dulos is expected to walk out of the courthouse with a GPS ankle monitor after a judge set his bail at $500,000, reported Fox News. (RELATED: Red Sox Flying David Ortiz To Boston After Shooting In The Dominican Republic)

Prosecutors had asked that Dulos’ bail be set at $850,000 based on the claim that the husband’s DNA was found mixed with his wife’s blood on a kitchen faucet in her home, reported the Stamford Advocate.

His next court date will be Aug. 2, while Troconis’ will be on July 18.

Police have spent nearly 20 days searching for Jennifer Dulos in Connecticut and New York. She was reported missing by her friends on the night of May 24 after she missed several doctor’s appointments, according to the Stamford Advocate.

That same evening, Fotis Dulos and Troconis were caught on camera throwing away garbage bags with traces of Dulos’ blood in more than 30 trash receptacles over a 4-mile stretch, according to their arrest warrants. 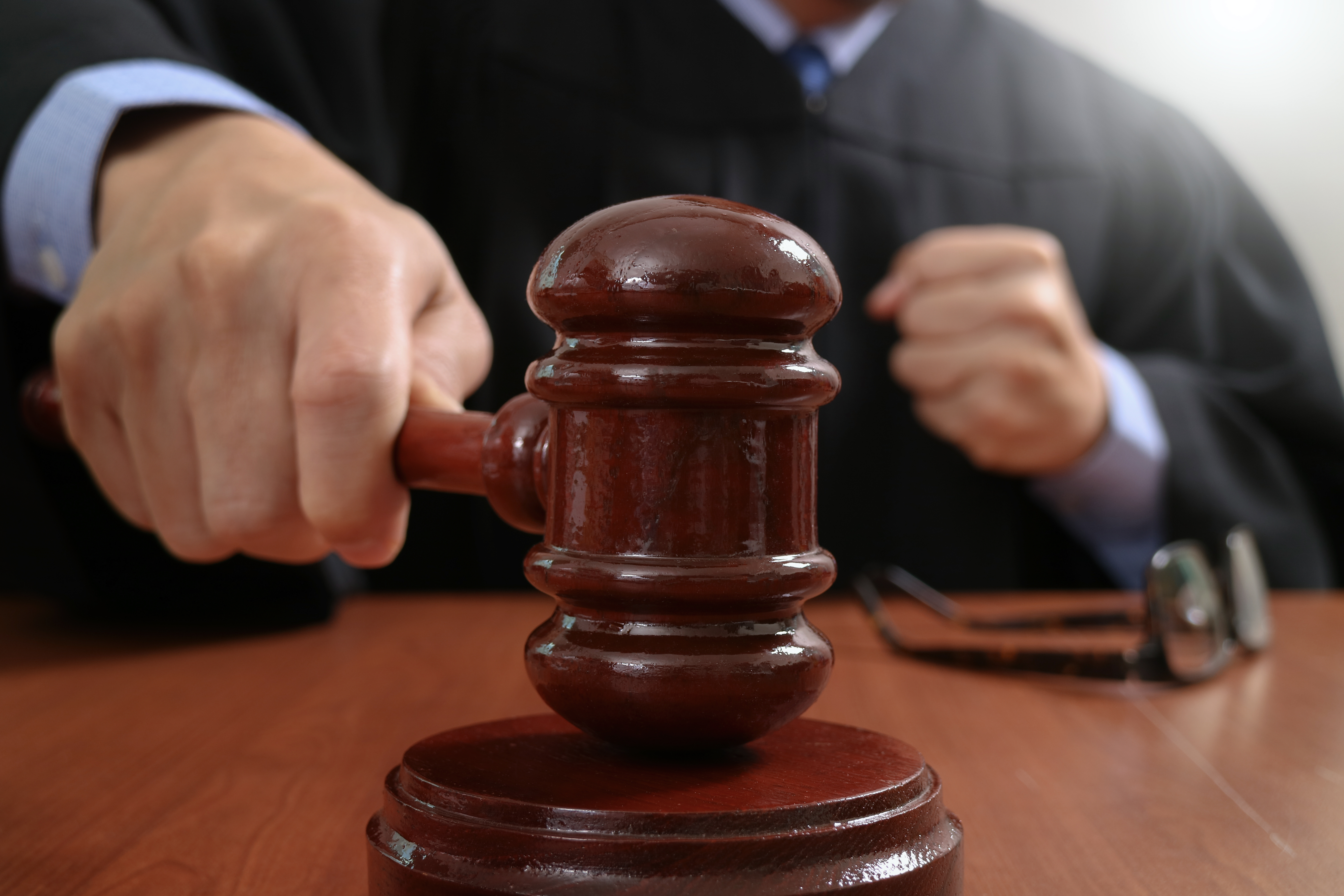 A judge presides over a courtroom. Shutterstock image via everything possible

Fotis Dulos is being represented by attorney Norm Pattis, who is also defending Infowars host Alex Jones as he faces legal consequences for calling the Sandy Hook shooting a hoax.

Jennifer Dulos is a mother of five.