President Donald Trump said he would consider accepting opposition research on his political opponents from foreign entities Wednesday in an interview with ABC’s George Stephanopoulos.

The investigation concluded that neither the president nor a member of his campaign knowingly conspired with Russia.

EXCLUSIVE: Pres. Trump tells @GStephanopoulos he wouldn’t necessarily alert the FBI if approached by foreign figures with information on his 2020 opponent: “It’s not an interference. They have information. I think I’d take it.” https://t.co/7gvoAViw9r pic.twitter.com/k5Yqd9YxdC

“Somebody comes up and says, ‘Hey, I have information on your opponent.’ Do you call the FBI?” Trump stated. “I don’t think in my whole life I’ve ever called the FBI. In my whole life. You don’t call the FBI. You throw somebody out of your office. You do whatever you do.”

After some brief push back from Stephanopoulos, he added, “Oh, give me a break. Life doesn’t work that way.”

The ABC News chief anchor responded by pointing the president to FBI Director Christopher Wray’s testimony on the Hill last month, during which he said, “The FBI would want to know about” any foreign meddling. (RELATED: FBI Learned Information That ‘Might Bear On’ Christopher Steele’s Credibility After Obtaining Spy Warrant)

Trump then went after Wray, saying his assessment is “wrong.” 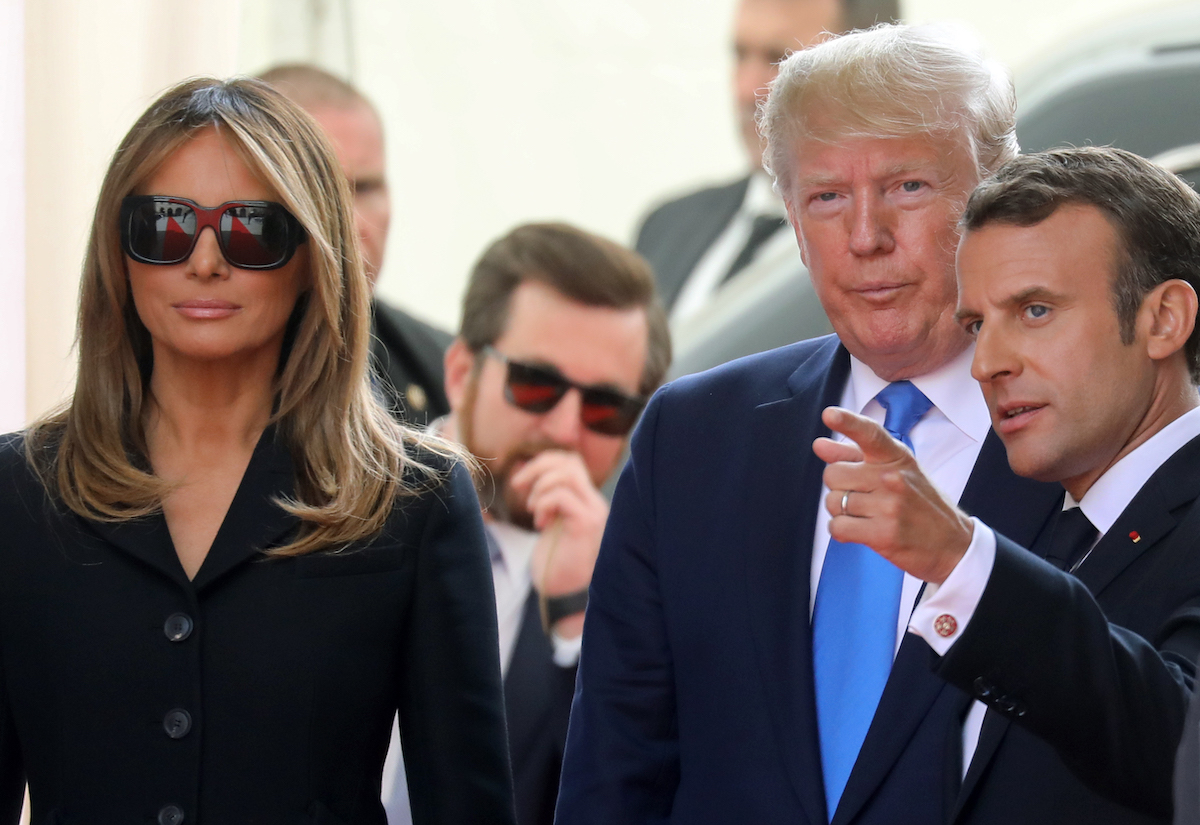 Stephanopoulos followed up by asking if a member of Trump’s reelection campaign should go to the FBI if they are contacted by a foreign government with dirt on an opponent.

“I think maybe you do both. I think you might want to listen. There isn’t anything wrong with listening,” Trump stated. “If somebody called from a country —Norway — [and said,] ‘We have information on your opponent’ — oh, I think I’d want to hear it.”

Stephanopoulos questioned why the president would want a foreign entity to meddle in the upcoming election.

The president then proceeded to label obtaining information from foreign entities as “oppo-research” and suggested “all” members of Congress do it.

Despite Trump’s claim, a number of presidential candidates have promised not to use information obtained by foreign entities. The first candidate to do so was New York Sen. Kirsten Gillibrand, according to Politico. Sen. Bernie Sanders of Vermont, Sen. Elizabeth Warren of Massachusetts, Sen. Kamala Harris of California, Sen. Amy Klobuchar of Minnesota, South Bend Mayor Pete Buttigieg, former Housing Secretary Julian Castro, and Rep. Tulsi Gabbard have also agreed to the same.