The male track athlete who won an NCAA women’s national championship denies having an unfair advantage over female runners.

“If anything, me competing against cisgender females is a disadvantage because my body is going through so many medical implications, like it’s going through biochemistry changes,” Franklin Pierce University runner CeCe Telfer told ESPN’s “Outside The Lines” in a feature that aired Thursday.

“If anything, me competing against cisgender females is a disadvantage..”@FPUathletics track star CeCe Telfer talks about the physical challenges she faces while competing as a transgender woman. pic.twitter.com/9VhlOVA70V

“So being on hormone replacement therapy, your muscle depletion, your muscle is deteriorating, you lose a lot of strength because testosterone is where you get your strength and agility and all that athletic stuff, so I have to work twice as hard to keep that strength,” Telfer said in the interview. “And if I slack a day that’s like three days set behind.”

Telfer, a biological male who identifies as a transgender woman, won the NCAA DII women’s 400-meter hurdles championship last month, besting the second place finisher by more than a second. 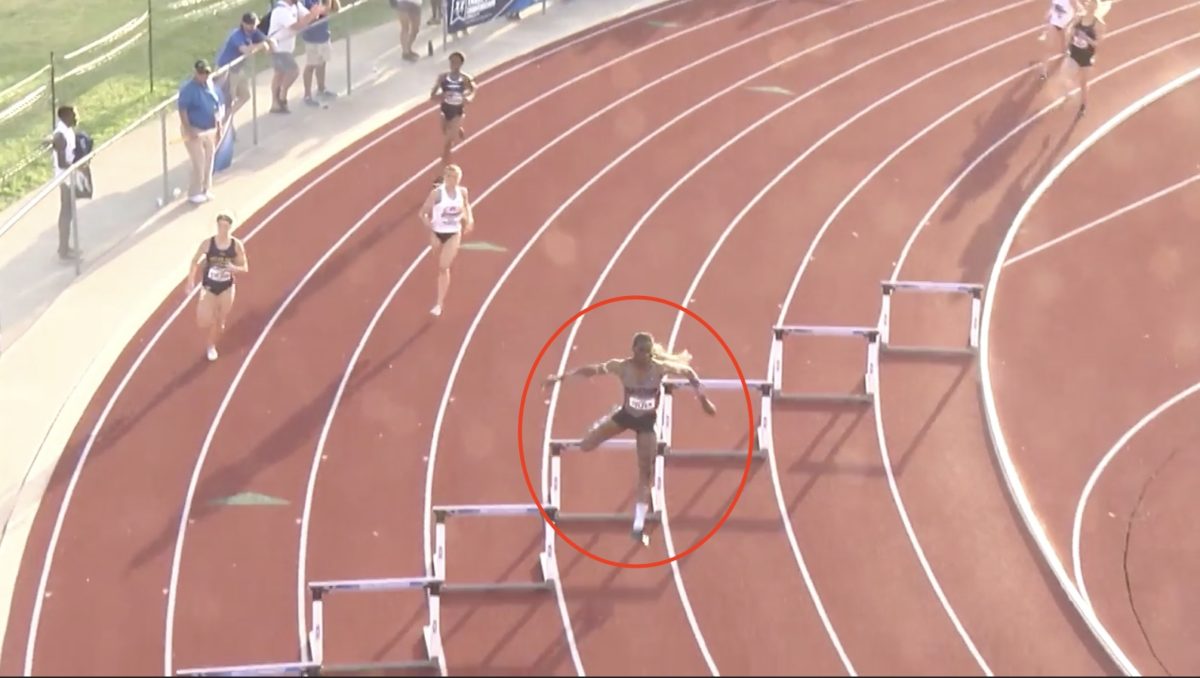 Telfer previously ran a variety of events for Franklin Pierce’s men’s team mostly using the name Craig, according to school records. NCAA policy is that male athletes who identify as transgender can compete on women’s teams if they suppress their testosterone levels for a full calendar year.

Telfer competed on Franklin Pierce’s men’s team as recently as January 2018, according to published meet results from the Middlebury Winter Classic in Vermont. (RELATED: Beto O’Rourke’s Plan Would Force Schools To Include Male Athletes In Girls’ Sports)

By that point Telfer had started using the name CeCe, while still competing on the men’s team.

The Democratic controlled House of Representatives last month passed the Equality Act, which would require schools to include male athletes who identify as transgender girls on female sports teams. The bill had unanimous Democratic support.