A paraplegic former client of Michael Avenatti is suing the attorney for allegedly siphoning off the “vast majority” of a $4 million settlement awarded to the client.

The former client, Geoffrey Johnson, received a $4 million settlement in early 2015 after suing Los Angeles County for alleged abuse from guards and inmates while he was held in jail, the lawsuit states. Johnson had been improperly arrested as a result of mental health issues, according to his attorneys.

The complaint names Avenatti, his law firm and his former colleagues as defendants. Avenatti is already facing criminal charges for the accusations listed in Johnson’s suit.

For years after receiving the settlement on Johnson’s behalf, Avenatti led Johnson to believe that the county hadn’t yet paid the settlement and would only pay it out over a period of years, according to the lawsuit. Avenatti allegedly paid Johnson a $1,900 monthly “advance” on the settlement.

“In approximately February 2019, Johnson asked Avenatti again about the status of the special needs trust and settlement payment. Avenatti falsely told him that Los Angeles County had not yet begun releasing the settlement funds,” the lawsuit states. (RELATED: Michael Avenatti Says Joe Biden Using ‘My Slogan And Theme’)

Johnson lost his Social Security benefits beginning in February as a result of Avenatti’s deceit, according to the complaint. Avenatti allegedly provided the Social Security Administration with “false information” in “a further attempt to hide the siphoning of Johnson’s settlement funds and the successful, years-long effort to cover it up,” the complaint states.

Avenatti allegedly forced Johnson in March to sign a statement describing Avenatti as an “ethical, honest and ethical attorney,” roughly one month before Avenatti was indicted on a litany of federal charges. 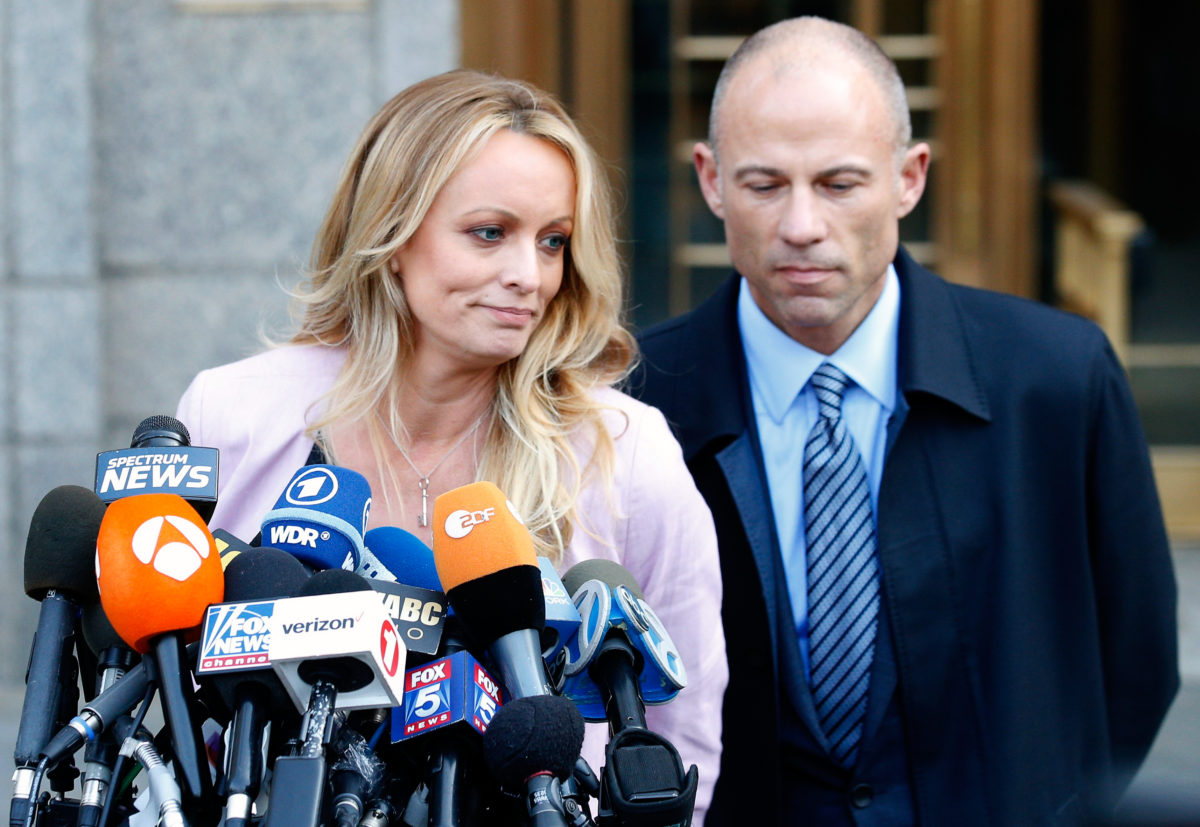 “I never thought I would get victimized by my own attorney,” Johnson said Thursday at a press conference about the lawsuit, which his attorneys filed Tuesday in California’s Orange County Superior Court.

“On a 1-to-100 scale, the despicability of [Avenatti’s] conduct ranks 1,000,” Daniel Callahan, Johnson’s lawyer, said at the press conference.

Johnson is seeking a minimum of $9.5 million in damages, according to the complaint.

Avenatti called Johnson’s accusations “categorically false and frivolous” in a statement Friday to The Daily Caller News Foundation. He said:

This is old news and was first reported on almost two months ago. Mr. Johnson’s claims are categorically false and frivolous, and his case will be thrown out of court. He previously agreed on numerous occasions, including in multiple detailed writings which he reviewed, initialed and signed (after a different lawyer reviewed), that I conducted myself ethically at all times, he was kept informed about all aspects of his case, he was provided all monies when due, he had been advanced huge sums for his living and medical expenses, he had received a proper accounting, and he was extremely thankful for my assistance, which was provided after no other lawyer would take his case.

Any claim that Mr. Johnson was ‘tricked’ into signing documents that he fully read and understood is absurd. But for my assistance, Mr. Johnson would have been convicted of the multiple crimes he was charged with relating to his alleged assault of a nurse and would have been destitute six years ago. We paid his medical expenses and living expenses for years prior to any settlement. And we provided him with settlement monies after we deducted our contingency fee and the huge costs associated with his case as we were entitled to. He clearly is disturbed and it is unfortunate that he is being used by his Republican Trump supporter lawyer and others as part of a “pile on” publicity stunt to smear me.

Avenatti Sued By Paraplegic… by on Scribd