The Administrative Office of the U.S. Courts has released 2018 financial disclosure forms for members of the Supreme Court, prompting familiar criticisms over cursory reporting requirements and conflicts of interest.

The disclosures offer a general view of each justice’s financial situation, and their annual release occasions discussions over travel reimbursements and stock holdings. A list of disclosure forms is available at this link.

The Court’s financial disclosures are not as searching as those required of the other branches. Though the justices must, for example, disclose trips for which they were reimbursed, they do not need to report the value of airfare, accommodations, or meals. Democratic Sen. Sheldon Whitehouse of Rhode Island, who frequently inveighs against the spike in outside political spending around judicial confirmations, said comprehensive disclosures are especially important since the justices are not bound by an official ethics code.

“These disclosures fall woefully short of the transparency Americans deserve from top federal judges who are not subject to ethics rules,” Whitehouse said in a statement. “Particularly when the Court has become so politicized, and so surrounded by anonymous dark-money interests, real transparency matters. It’s too late to find out about extravagant travel when a Supreme Court justice passes away at a luxury hunting resort.”

Individual stock holdings are also a recurring point of controversy for the justices, given the occasional happenstance that a company in which a justice owns stock appears as a party before the high court. On some occasions, the justices have failed to recuse themselves from a case despite having a financial interest in a matter before them. Chief Justice John Roberts belatedly recused himself from a patent case during the 2016 term nearly a month after the argument, once he discovered he owned stock in the parent company of one of the parties, Life Technologies. 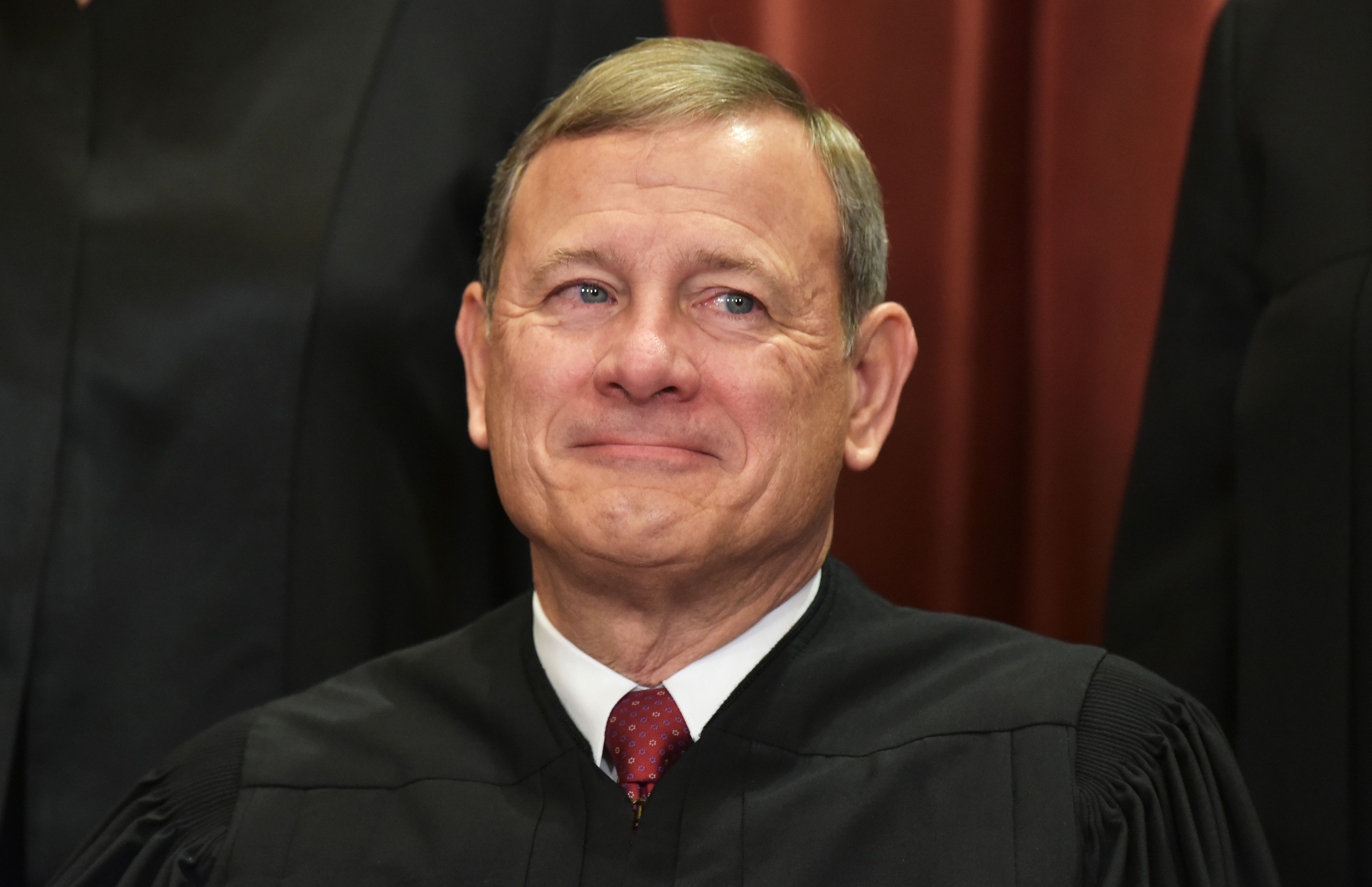 Chief Justice John Roberts poses for an official group photo at the US Supreme Court on November 30, 2018. (Mandel Ngan/AFP/Getty Images)

Three of the nine justices currently hold individual stocks — Roberts and Justices Stephen Breyer and Samuel Alito. All three shed holdings in AT&T, Merck, and Applied Analysis in 2018. Alito has the largest portfolio on the Court, with shares in 27 companies.

“Such holdings often lead to recusals, meaning the potential for a 4-4 tie, which undermines the judiciary’s ability to function properly,” said Gabe Roth, executive director of judicial watchdog Fix the Court. “Though they’re trending in the right direction, selling their shares bit by bit, Roberts, Breyer and Alito should more directly follow the lead of their other colleagues and refrain from owning these shares.”