The Mexican government released the details of the side agreement it made with the Trump administration, pledging to take on additional measures to stop the flow of illegal immigrants reaching the U.S. border.

Details of the side agreement come after the White House and Mexico City reached a sweeping immigration deal on June 7. In return for the U.S. not imposing 5% tariffs on all Mexican products, the Mexican government will deploy up to 6,000 National Guard troops to its southern border with Guatemala, and allow more U.S. asylum seekers to stay within the country.

President Donald Trump told media at the time that Mexico had agreed to additional terms, but he would allow their government to release the information at their discretion.

“Here’s the agreement. A very simple agreement,” Trump said to reporters on Tuesday, waiving a folded piece of paper. “This is one page of a very long and very good agreement for both Mexico and the United States.”

Mexico has now revealed what’s inside that piece of paper.

Well, Mexico just released the full page that @realDonaldTrump carried when he said there was a secret agreement pic.twitter.com/A5ocd4WV6p

The supplementary agreement states that if the U.S. deems, after 45 days from the joint declaration, that Mexico has still not sufficiently managed the illegal immigration crisis, “Mexico will take all necessary steps under domestic law to bring the agreement into force.”

Additionally, the side agreement reveals that Mexico has left the door open to becoming a “safe third country,” an option their government had adamantly opposed before the start of the negations.

Safe third country mandates that migrants must seek asylum in the country they first enter. For example, a Guatemalan migrant heading north for the U.S. would be required to seek asylum in Mexico, and would be immediately deported back to Mexico if they tried to enter the U.S. 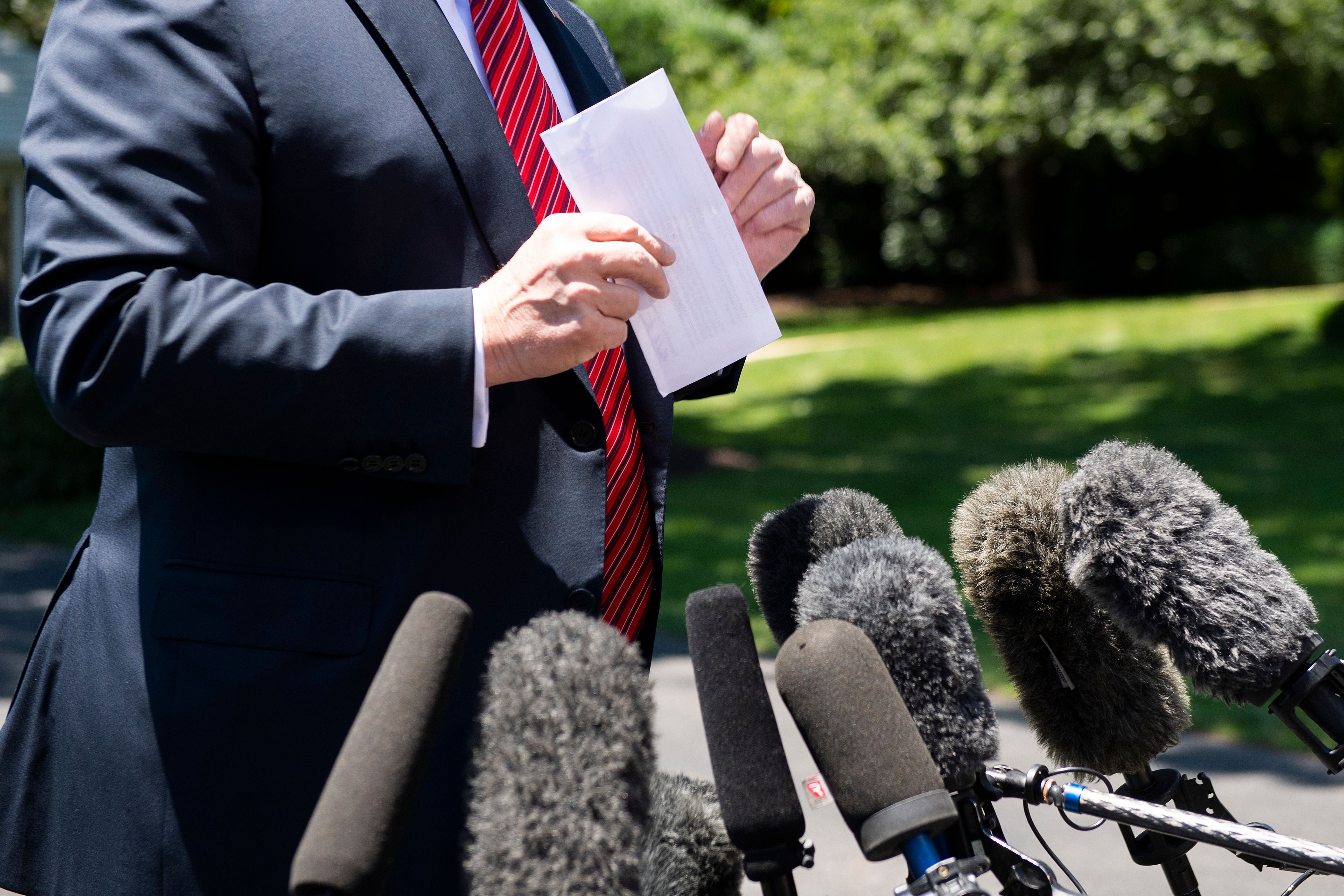 US President Donald Trump hold’s what he says is an the unknot own addition agreement with Mexico as he speaks with reporters at the White House, in Washington, DC, on June 11, 2019. (Photo by Jim WATSON / AFP) (Photo credit should read JIM WATSON/AFP/Getty Images)

Before the details of the side agreement were released, Trump had alluded to a harsh “phase two” if Mexico didn’t adequately manage the illegal immigration crisis. (RELATED: Florida Governor Ron DeSantis Signs Anti-Sanctuary Bill Into Law)

“If Mexico does a great job, then you’re not going to have very many people coming up. If they don’t, then we have phase two.  Phase two is very tough, but I think they’re going to do a good job,” the president said on Wednesday.