Florida Republican Gov. Ron DeSantis signed legislation into law Friday that bans “sanctuary cities” in the state, fulfilling a pledge he made while on the campaign trail.

DeSantis — at a ceremony in the Okaloosa County Board of Commissioners alongside Florida GOP Rep. Matt Gaetz — added his signature to SB 168. The bill requires state and local governments to honor retainers made by Immigration and Customs Enforcement (ICE), and to cooperate with federal immigration authorities.

Furthermore, the bill prohibits local governments from adopting “sanctuary” policies that protect illegal immigrants, requiring them to notify ICE when an individual subject to a detainer is released from their custody.

“Earlier this year, Governor DeSantis asked the Florida Legislature to present him with meaningful legislation to uphold the rule of law and ensure that no city or county jurisdiction can get in the way of Florida’s cooperation with our federal partners to enforce immigration law,” Helen Ferre, a DeSantis spokeswoman, wrote in a Thursday email, according to Wesh 2.

“Public safety is paramount and local law enforcement agencies can and should work with the federal government to ensure that accountability and justice are one in our state,” Ferre continued. 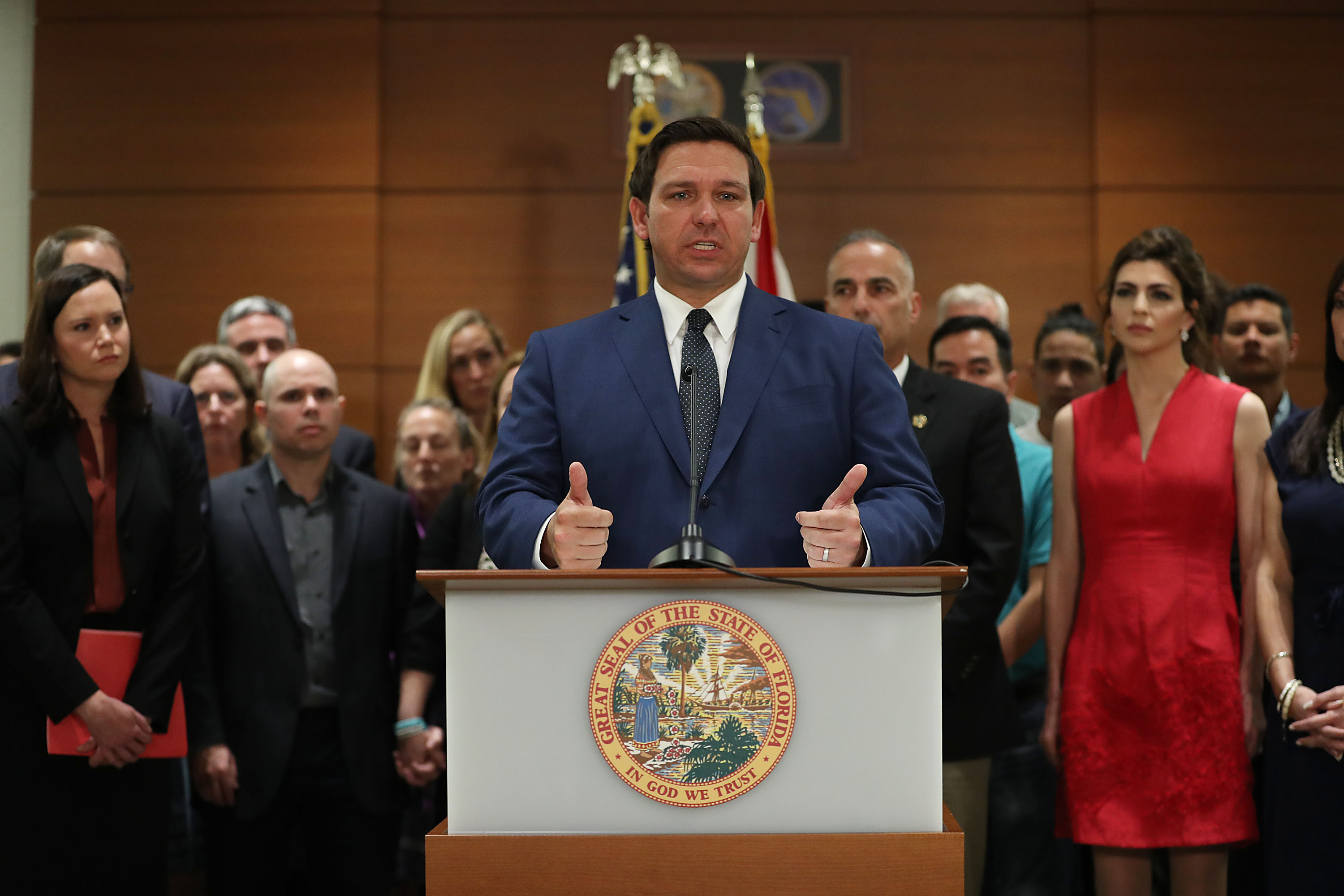 FORT LAUDERDALE, FLORIDA – FEBRUARY 13: Florida Governor Ron DeSantis announces, during a press conference at the Broward County Courthouse, that he is ordering a statewide grand jury investigation into how the Broward County’s school district and other districts in the State of Florida handle student security on February 13, 2019 in Fort Lauderdale, Florida. Gov.  (Photo by Joe Raedle/Getty Images)

While ICE made it clear that they do not take positions on specific legislation, the agency reiterated the consequences to public safety when local officials refuse to cooperate with their efforts.

“U.S. Immigration and Customs Enforcement (ICE) places detainers on individuals who have been arrested on local criminal charges and who are suspected of being deportable, so that ICE can take custody of that person when he or she is released from local custody. When law enforcement agencies fail to honor immigration detainers and release serious criminal offenders onto the streets, it undermines ICE’s ability to protect public safety and carry out its mission,” ICE said in a statement to The Daily Caller News Foundation on Friday.

Controversial sanctuary policies are adamantly opposed by immigration hawks and by federal immigration authorities themselves, who claim such laws make it much harder to do their job. (RELATED: Sheriff Says Democratic Presidential Candidate Should Be Arrested For Signing Sanctuary Bill)

The Florida anti-sanctuary bill was considered contentious when it was debated in the state legislature. Opponents questioned the necessity of the bill, pointing out that Florida currently has no sanctuary cities. The bill ultimately passed the state House by 68-45 and the state Senate by 22-18 despite facing stiff pushback from Democrats and immigration-rights groups.