Hicks met with lawmakers to talk privately about President Donald Trump’s alleged attempts to obstruct former special counsel Robert Mueller’s investigation into whether or not Russia had been knowingly involved in the 2016 presidential election. Armed with an attorney, Hicks would not answer any questions unless the White House counsel said that she could, Democrats claimed.

The White House lawyer allegedly said multiple times throughout the meeting that Hicks had blanket immunity and did not have to talk about her time in the White House. House Democrats said that Hicks refused to answer simple questions such as where she sat in the West Wing or if she lied to Mueller, according to Politico. (RELATED: House Democrats Are Coming For Hope Hicks And A Former Top White House Lawyer) 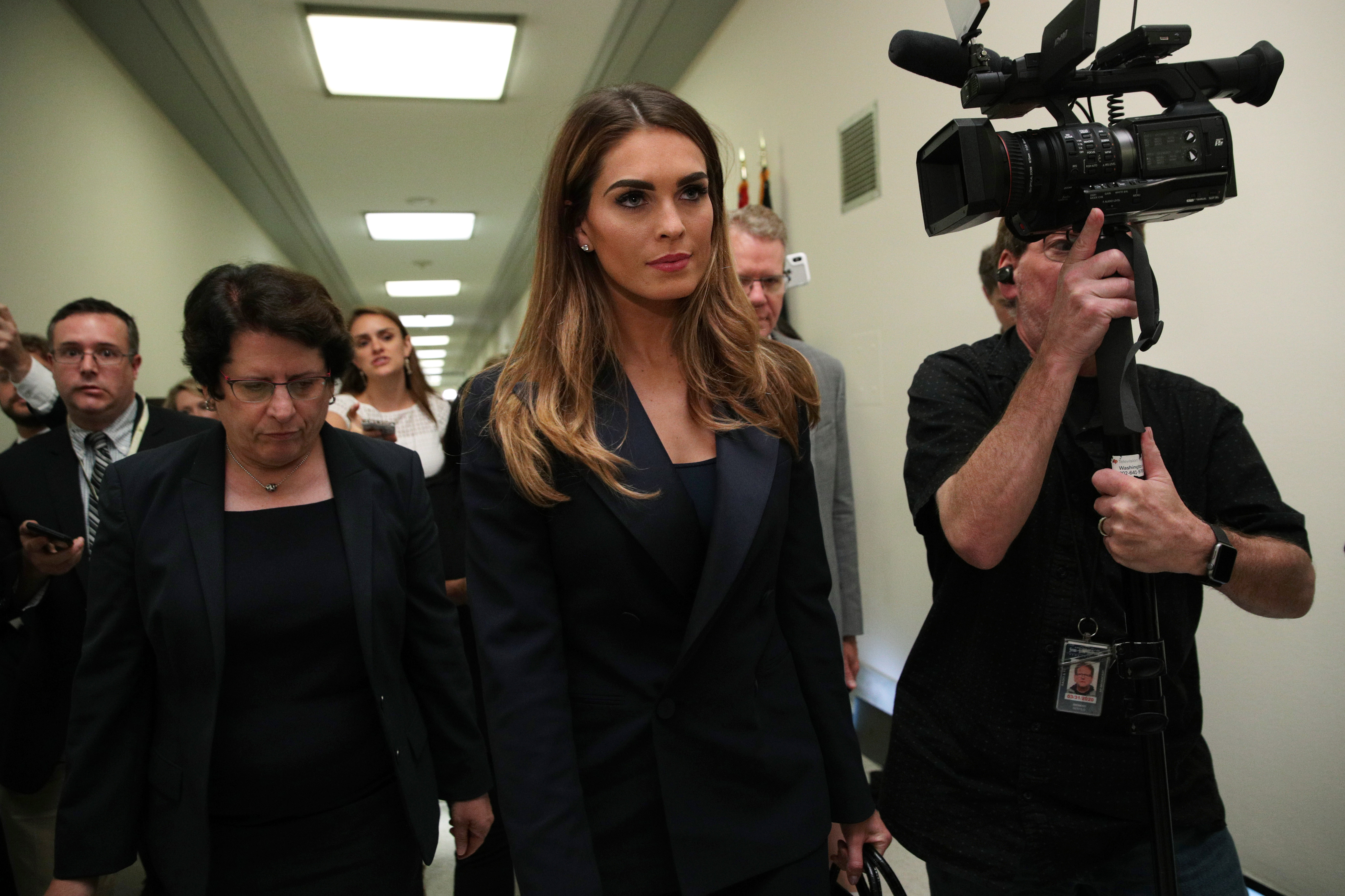 “She made clear she wouldn’t answer a single question about her time unless the White House counsel told her it was okay,” said Democratic Florida Rep. Ted Deutch, according to Politico. “She couldn’t even characterize her testimony to the special counsel.”

“We’re watching obstruction of justice in action,” Lieu said, according to Politico.

Hicks did deny that she made false statements during the campaign and did not show regret for “white lies” that she had previously admitted to making for Trump, according to Politico. She also answered questions about campaign meetings where Wikileaks was a focus, but did not provide any new information about the subject.

The Dems are very unhappy with the Mueller Report, so after almost 3 years, they want a Redo, or Do Over. This is extreme Presidential Harassment. They gave Crooked Hillary’s people complete Immunity, yet now they bring back Hope Hicks. Why aren’t the Dems looking at the…..

The White House has claimed executive privilege and tried to block Hicks from testifying. The White House has also suggested that other former officials should not testify or provide documents to the Judiciary Committee, according to Politico.

Hicks has previously testified about the Russia situation, talking to the House and Senate Intelligence committees. She was also interview by Mueller’s team three times. Her interviews led her to be mentioned in the Mueller report 184 times, Politico reported.

Trump tweeted Wednesday that the closed-door inquiry was “extreme Presidential Harassment,” mentioning that they gave former Secretary of State Hilary Clinton and her people full immunity but called back Hicks for more testimony.

“She is making a choice to follow along with all the claims of absolute immunity,” said Washington Rep. Pramila Jayapal. “Basically, she can say her name.”

A transcript of the interview may be released within 48 hours, aides said according to Politico.