Speaker of the House Nancy Pelosi said Wednesday that she does not trust Attorney General William Barr, adding that she is “afraid.”

“I don’t know if this is news or it was news last week but we will be having access to [a] less-redacted version of the Mueller report. I had said originally unless the whole country can see what they show us. We shouldn’t see it,” Pelosi said at a Christian Science Monitor breakfast.

“But I have. When we had the offer of this less redacted for many more people than just the leadership I accepted that because I’m afraid. I really don’t trust the attorney general of the United States and I’m afraid,” Pelosi continued. 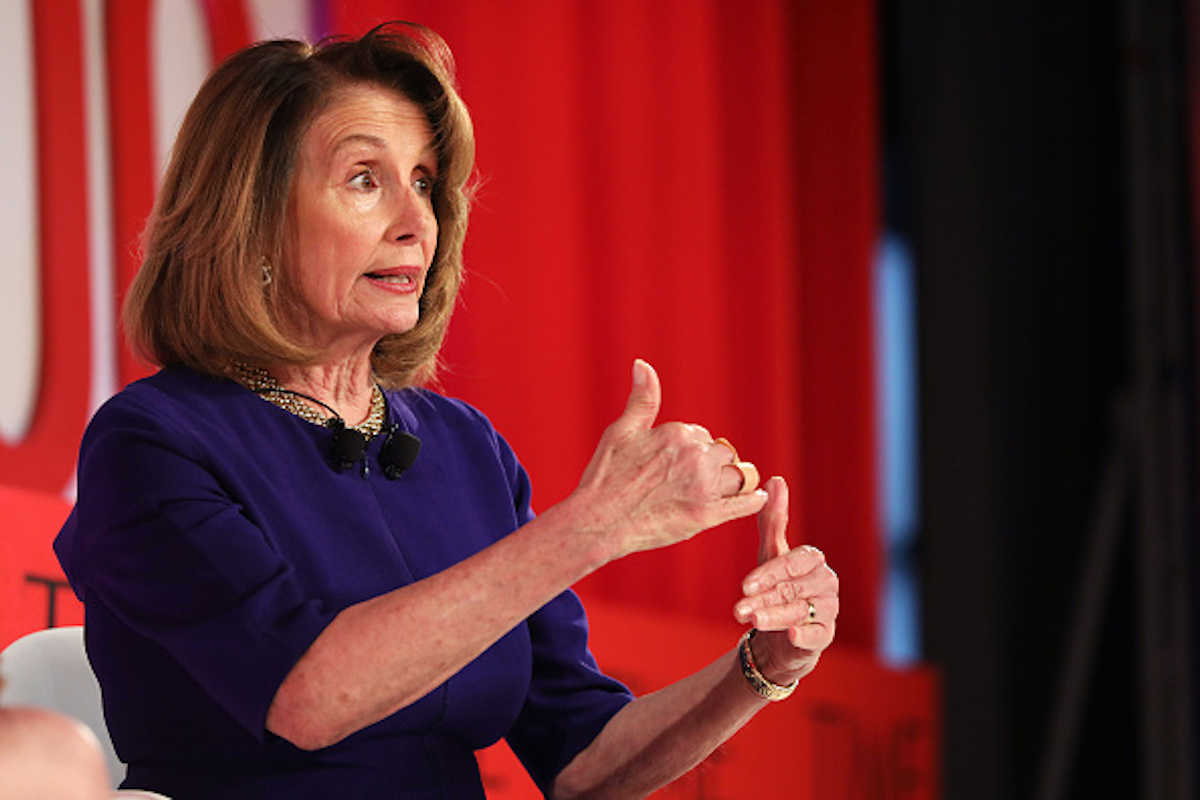 Speaker of the House Nancy Pelosi speaks at the TIME 100 Summit on April 23, 2019 in New York City. (Photo by Spencer Platt/Getty Images)

Pelosi’s comments come as she said that others are planning on reading a less-redacted version of former special counsel Robert Mueller’s report, months after it was released. (RELATED: Pelosi To Read Less Redacted Mueller Report This Week)

Mueller explained his report into the Trump campaign to a certain extent at a press conference last month, saying he found no collusion between Russia and the campaign, and that he would be “formally closing the special counsel’s office” as well as “resigning from the Department of Justice to return to private life.”

Mueller also said that “there was insufficient evidence to charge a broader conspiracy,” and that the report would be his testimony if Congress issues a subpoena for him to testify. Since Mueller resigned, it will be harder for Congress to get him to appear since he will be a private citizen.

House Judiciary Committee Chairman Jerry Nadler said in early April, after Barr addressed the media, that he wanted Mueller to testify before the committee as soon as possible.

Nadler requested a number of documents from the White House and sent letters seeking information from people and organizations close to Trump on March 4. (RELATED: Mueller Says His Report Is His ‘Testimony’)

Nadler sent the requests to 81 groups, people and organizations, searching for constitutional abuses and corruption by Trump. The New York Democrat said the requests for documents are to “begin investigations, to present the case to the American people about obstruction of justice, about corruption and abuse of power.”

Many Democrats and cable news pundits have continued to say the Mueller report is a cover-up.