The 2020 Democratic presidential candidates revealed which comfort food they prefer while embarking on the campaign trail.

“French fries,” California Sen. Kamala Harris told the The New York Times on Wednesday. “I love a good french fry. Or a few. Or many. Or just the whole thing.”

Former Colorado Gov. John Hickenlooper and Washington Gov. Jay Inslee are fans of snacking on M&Ms, however, Inslee added he’s “taken an oath now to lay off the M&Ms to maintain belt security.”

New Jersey Sen. Cory Booker said being a vegan means he sticks to “lots of veggies on the go,” but Hawaii Rep. Tulsi Gabbard, a vegetarian, opts for vegan cupcakes. 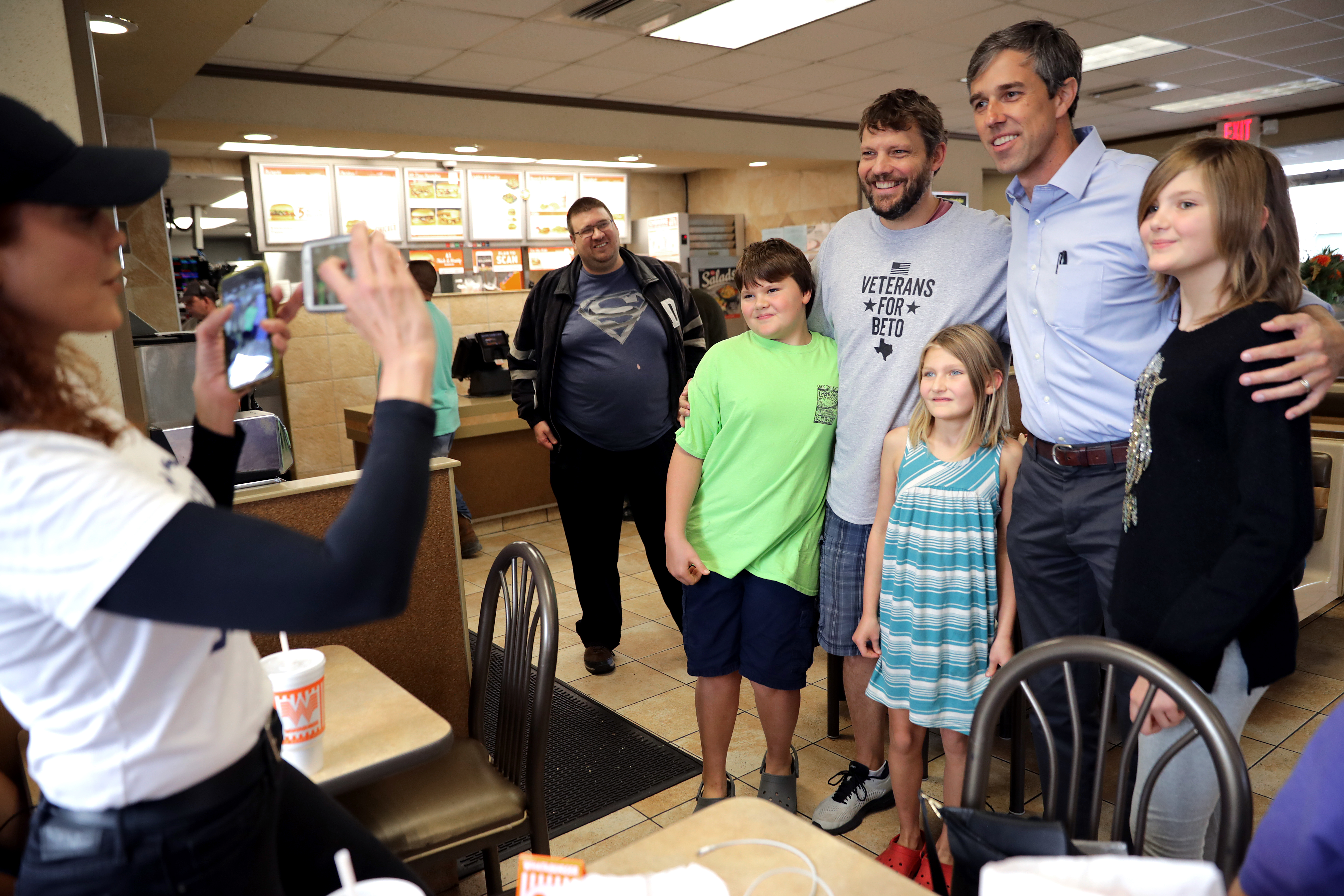 Senate candidate Rep. Beto O’Rourke poses for a photograph with supporters while eating lunch with his family and campaign staff at a Whataburger (Chip Somodevilla/Getty Images)

“The word got out that I like beef jerky,” said South Bend Mayor Pete Buttigieg. “People have been kind enough to give that to me on the road sometimes.” (RELATED: 2020 Democratic Presidential Debate: Who Qualified And Who Is Struggling?)

Three candidates didn’t have a favorite food, but rather were partial to certain beverages. New York Sen. Kirsten Gillibrand said that she prefers a glass of whiskey at the end of the night and California Rep. Eric Swalwell said he has a comfort coffee, which is mocha.

“I don’t have a comfort food, I have a comfort drink,”said Julian Castro, the former Housing and Urban Development Secretary under President Barack Obama. He added that it is iced tea.

While Vermont Sen. Bernie Sanders said the oversupply of comfort food caused him to gain three pounds in four days, he stopped short of revealing which food he preferred. Author Marianne Williamson said she did not have one.