The wide-ranging interview with the billionaire businessmen included topics like trade, the company’s history and philosophy, and even tax policy, but Cavuto hit a “red flag” for Marcus when he brought up the topic of Sanders and his socialist campaign proposals.

“He is the enemy of every entrepreneur that’s ever going to be born in this country and has been born in the past,” Marcus said. 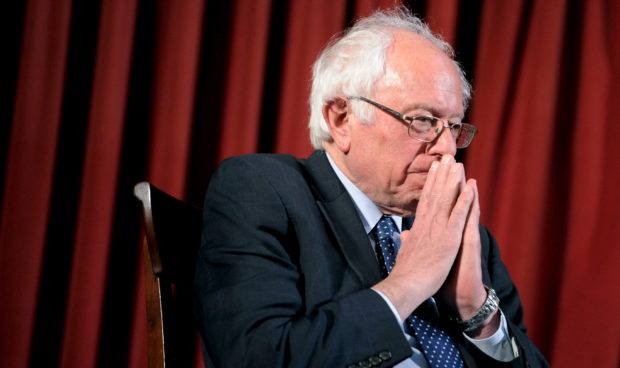 “If he became president, what would you guys do?” Cavuto asked.

“Probably move to Australia,” the Home Depot founder responded, laughing. “Well what could he do? I mean he can’t do anything to us. He’s going to affect my grandchildren.”

Marcus then contrasted Sanders and his socialized medicine proposals with work his foundation is doing with war veterans:

And let me just bring up one thing, Bernie Sanders talks about socialized medicine. My foundation now is working on one issue and that is taking care of these veterans, kids who’ve fought in Afghanistan, Iraq. You know that 20 a day commit suicide, 20 every single day. What is Bernie Sanders doing about that? Why doesn’t he shut his mouth and do something about these kids? They go to the Veterans Administration, they can’t take care of it.

The proof in the pudding is 20 a day are committing suicide. If it was measles, the CDC – the world will be in an uproar. But it’s the kids that put their lives on the line that are treated so badly, I didn’t hear one single candidate talk about it.

Cavuto thought he was going to switch the subject to something else, but Langone wasn’t finished with the topic of Sanders.

“I don’t know, but let me go back to Bernie Sanders for a minute,” said Langone. “Believe it or not, Chavez in Venezuela came to power through a democratic process. If the people in America today, the fellows out here with the hard hats on, if they want to know what the future holds for them, and they follow Bernie Sanders, go to Cuba, go to Venezuela, go to Russia, go to eastern Europe. Guess what? It doesn’t work. It never works.

“The average Venezuelan last year lost 34 pounds. There is no food out there,” he added(RELATED: Home Depot Co-Founder’s Message For Obama: ‘Go Off Into The Sunset’)

Earlier in the interview, Marcus responded to a question about higher taxes by joking that people who want them “trust the government” more than he does. He then pointed to the billions his own foundation has given away.

“Look we do better with our money than the government,” he said. “Why would I want the government to have it? Anything they touch …”

Responding to a question about Trump’s prediction that the market could crash should he lose, Langone expressed hope that Trump is wrong, but also said: “On the other hand, I think when you change the structure of what we are as a nation, it’s a risk. We may have a good shot of a severe economic downturn if the American people go in that direction. It’s what happened in Venezuela.”