Sylvester Stallone got slammed on social media after fans of the “Rocky” star found out that it would cost them $1,081 to get a selfie taken with the legendary star.

The 72-year-old actor is reportedly scheduled to make an appearance in Manchester, London and Birmingham to share “untold stories” during a black-tie dinner called “An Evening with Sylvester Stallone,” according to a piece published Monday on Fox News.(RELATED: Sylvester Stallone Accused Of Sexually Assaulting A 16-Year-Old Girl) 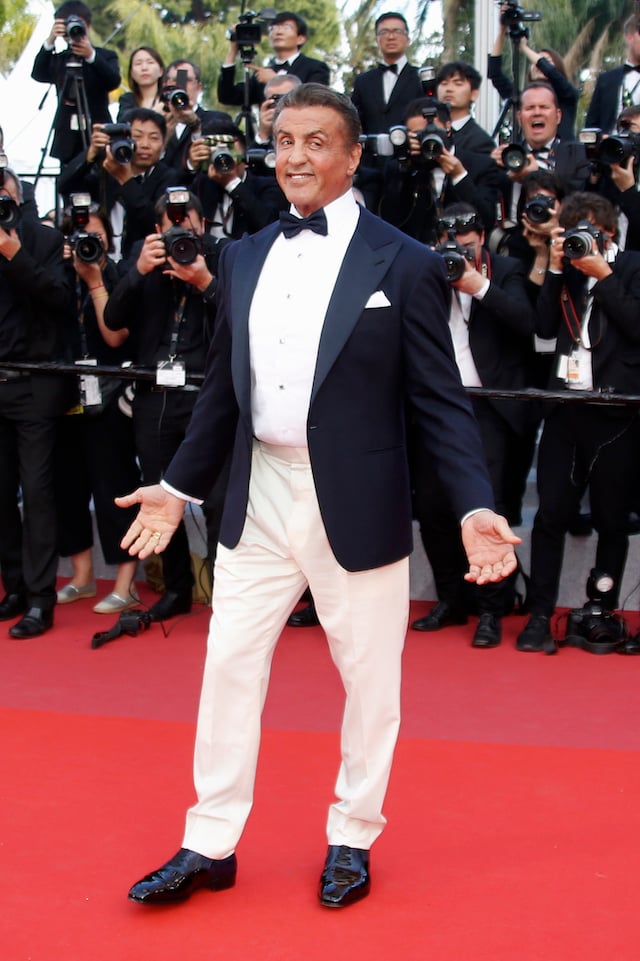 …Closing ceremony and screening of the film “Hors normes” (The Specials) out of competitio…Cannes, France, May 25, 2019. Sylvester Stallone poses. REUTERS/Regis Duvignau

The special night will take place over three evenings with dates in August and September. For $160 per ticket, a person can attend the event which includes a live interview, three-course dinner, and an auction selling signed memorabilia, among others.

And for those that want a picture with the “First Blood” star, a fan can get the “premium photo experience” for $1,081. (RELATED: Sylvester Stallone Denies Sexual Assault Allegations As ‘Categorically False’)

One fan wrote, “It’s a shame you’d need to sell a kidney to go.”

“Would love to go but £500 for a photo. Would want a neet oot [night out on the town] with him for that and him buying the beers,” another wrote on Facebook, according a report in the Sun U.K.

A spokesperson for “An Experience With” has since responded to the backlash, noting the cost of getting a star to travel to the United Kingdom.

“As with any business there are costs involved and this is the same for us as a company,” the official shared. “When you take into consideration the costs to bring a celebrity of such status to the UK then you would understand why.”

“As for the photos we are allowed only 150 from management so due to this, the exclusivity dictates the price,” the person added. “We work with A-list celebs and unfortunately quality costs.”

The same company is hosting an event with Arnold Schwarzenegger which will cost fans the same for a selfie. However, a night with Mel Gibson is only charging fans $828 for the same opportunity.