“I do believe that … but we’ve been keeping Congress abreast of what we’re doing, and I think it’s something they appreciate. We had a lot of folks over the other day … Told them what was happening, what was going on,” Trump told reporters from The Hill.

Pelosi said Friday that Trump could not strike Iran without the approval of Congress. Her comments came after Trump geared up to launch a military strike against Iran then called it off because he said it would not be a proportional response Friday.

“We were pretty close to maybe making a decision to strike then I decided not to do it. Nobody went out by the way, I was going to make that decision by a certain time, and I decided not to do it because it wasn’t really proportional. I like the idea of keeping Congress abreast but I wouldn’t have to do that,” the president continued. (RELATED: Trump Signs Executive Order Placing ‘Hard-Hitting’ Sanctions On Iran) 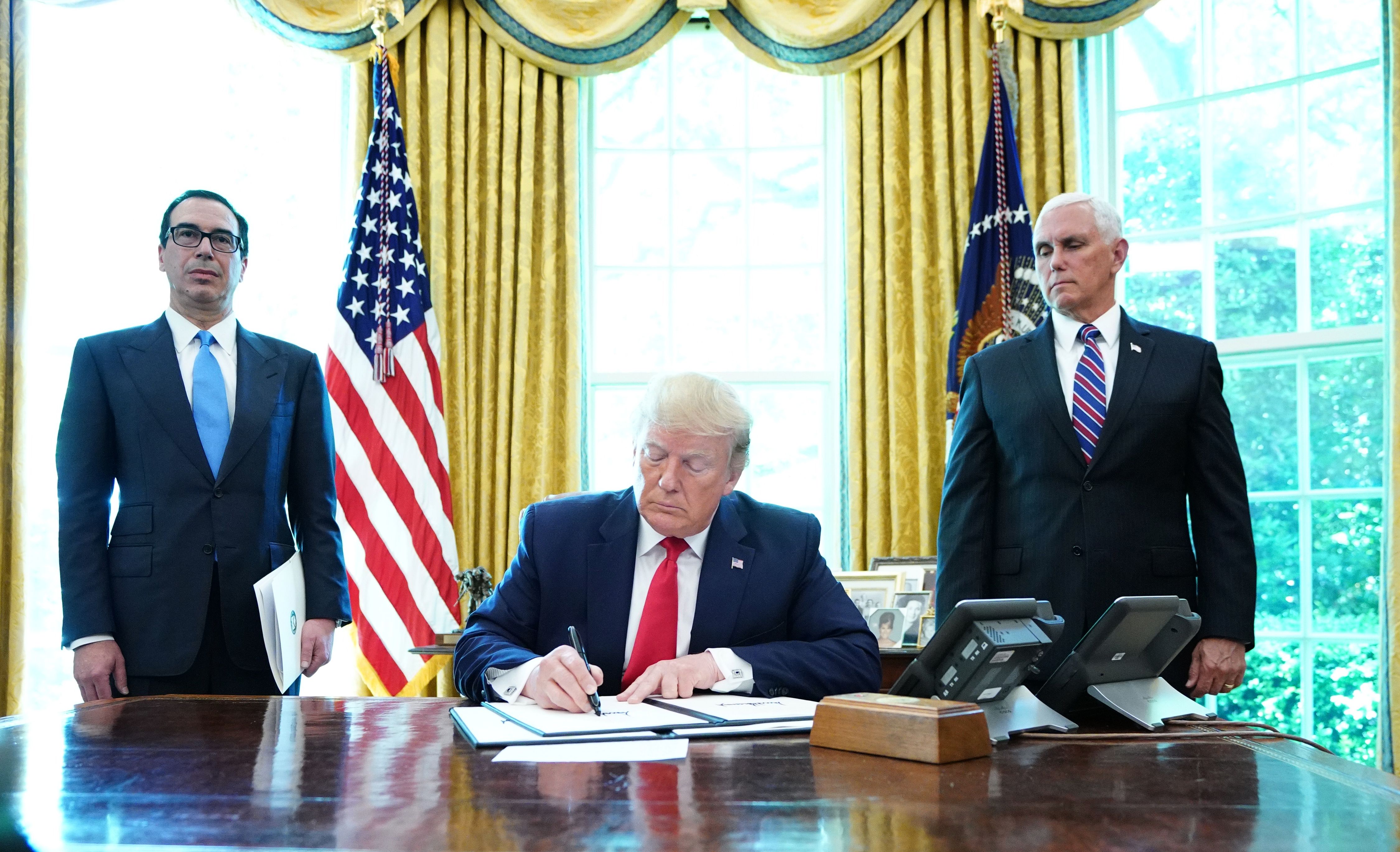 US President Donald Trump signs with US Vice President Mike Pence and US Secretary of Treasury Steven Mnuchin at the White House on June 24, 2019, ‘hard-hitting sanctions’ on Iran’s supreme leader. (MANDEL NGAN/AFP/Getty Images)

“I disagree, most people seem to disagree but I do like keeping them… they have ideas, they’re intelligent people, they come up with some thoughts. I actually learned a couple of things the other day when we had our meeting with Congress which I think helpful to me. I do like keeping them abreast, but I don’t have to do it legally,” Trump said.

Trump signed an executive order Monday placing “hard-hitting” sanctions on Iran after increased tensions over the past week. He also approved cyberattacks against Iran that launched Thursday.