“Well she’s the one who…with her initial tweet that made this jump directly to the death and extermination camps of the Holocaust, and I think that was deliberate and that’s explicit. It’s part of a pattern that you see in the Republican Party of immediately jumping and pulling out these moments to inflict maximum controversy. And I think it’s politically motivated,” Ocasio-Cortez told reporters Monday night.

Cheney spoke to reporters on Tuesday when the issue about the matter came up and she replied, “I think that any member who suggested, as she did, that the camps at the US border are concentration camps, that’s a comment that is clearly ludicrous, clearly something that must be responded to. I think right now we’ve got work to do, it’s important work that we need to do. I think that allegations that somehow the United States is operating in a way that is in any way a parallel to the Holocaust is just completely ludicrous.”

The New York Democrat also wants Cheney to apologize for the conditions of the border detention centers.

“I think it’s atrocious. It’s an atrocious practice and what she really needs to talk about and apologize for is why she supports caging kids starving them and denying them soap and toothpaste.” (RELATED: ‘Put The Public At Risk’: Border Union President Puts DHS Chief On Blast After ICE Leaks) 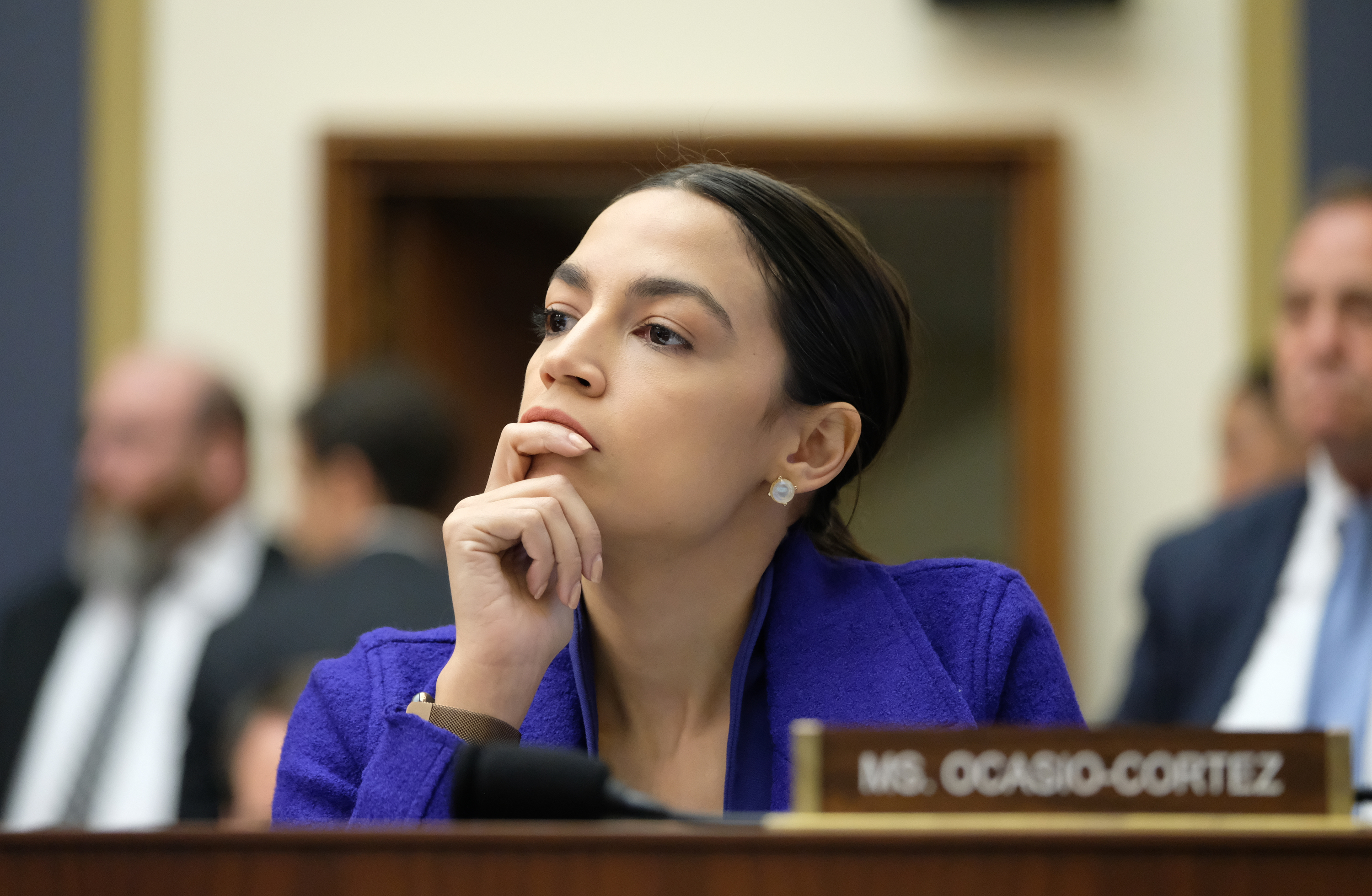 The back and forth between the two lawmakers began last week when the New York congresswoman remarked in an Instagram post about the southern border facilities being comparable to “concentration camps.” Cheney responded on Twitter to Ocasio-Cortez, “do us all a favor and spend just a few minutes learning some actual history. 6 million Jews were exterminated in the Holocaust. You demean their memory and disgrace yourself with comments like this.”

“It’s fascinating that Rep. Ocasio-Cortez wants to keep reminding people of the offensive comparison she made last week. She was denounced by the U.S. Holocaust Museum, Remembrance groups, Yad Vesham, and even members of her own party. Her attempts to deflect blame for her own words are ridiculous. Instead of launching Twitter tirades, she really should just apologize to those who she offended.”

Please @AOC do us all a favor and spend just a few minutes learning some actual history. 6 million Jews were exterminated in the Holocaust. You demean their memory and disgrace yourself with comments like this. https://t.co/NX5KPPb2Hl

Reminder: the member who directly + explicitly compared concentration camps on our border to the Holocaust was *Liz Cheney.*

The horrors of the Holocaust went beyond the use of concentration camps, yet camps were part of the process.

They have also been used before and after.

Ocasio-Cortez also assailed border detention centers claiming Republicans and personnel at the facilities were intent on hurting children seeking asylum.  She recounted a story she read in The New Yorker about a lice outbreak at a border facility detention center.

“They gave all the children two combs for all the kids with lice to share. And one of these kids lost their comb. And what was the response of CBP officials? They took away the blankets and sleeping mats of every child in this facility. That’s not due to a lack of resources. That is due to a desire an active desire by this administration to hurt kids,” she said.