Rabbi Dan Rodkin urged his Boston congregation to consider firearm ownership for the protection of both religious services and the families of the faithful.

Rodkin is deeply troubled by increasing anti-Semitism in America and fears that the recent security upgrades at his Shaloh House synagogue may not be enough to ensure safety, he told WBUR’s “Morning Edition” in an interview Monday. (RELATED: Illhan Omar To Join Black-Jewish Caucus Despite Repeated Allegations Of Anti-Semitism)

“We can’t think, ‘I’m just praying, and God will save me.’ No, we need to take care of situations ourselves,” Rodkin told WUBR.

Rodkin has plans to organize training for new gun owners to familiarize themselves with their weapons in addition to overseeing the installation of security cameras, reinforced windows, panic buttons and encouraging arms ownership.

The rabbi’s plea to take security seriously has already been answered by several of his congregation — mostly former police and military — who attend daily worship armed, reported WBUR.

Interestingly, Rodkin is not your typical Second Amendment advocate. Rather, he told WBUR, “I don’t want people to have guns. But I think to protect our families, it’s a necessity now.” 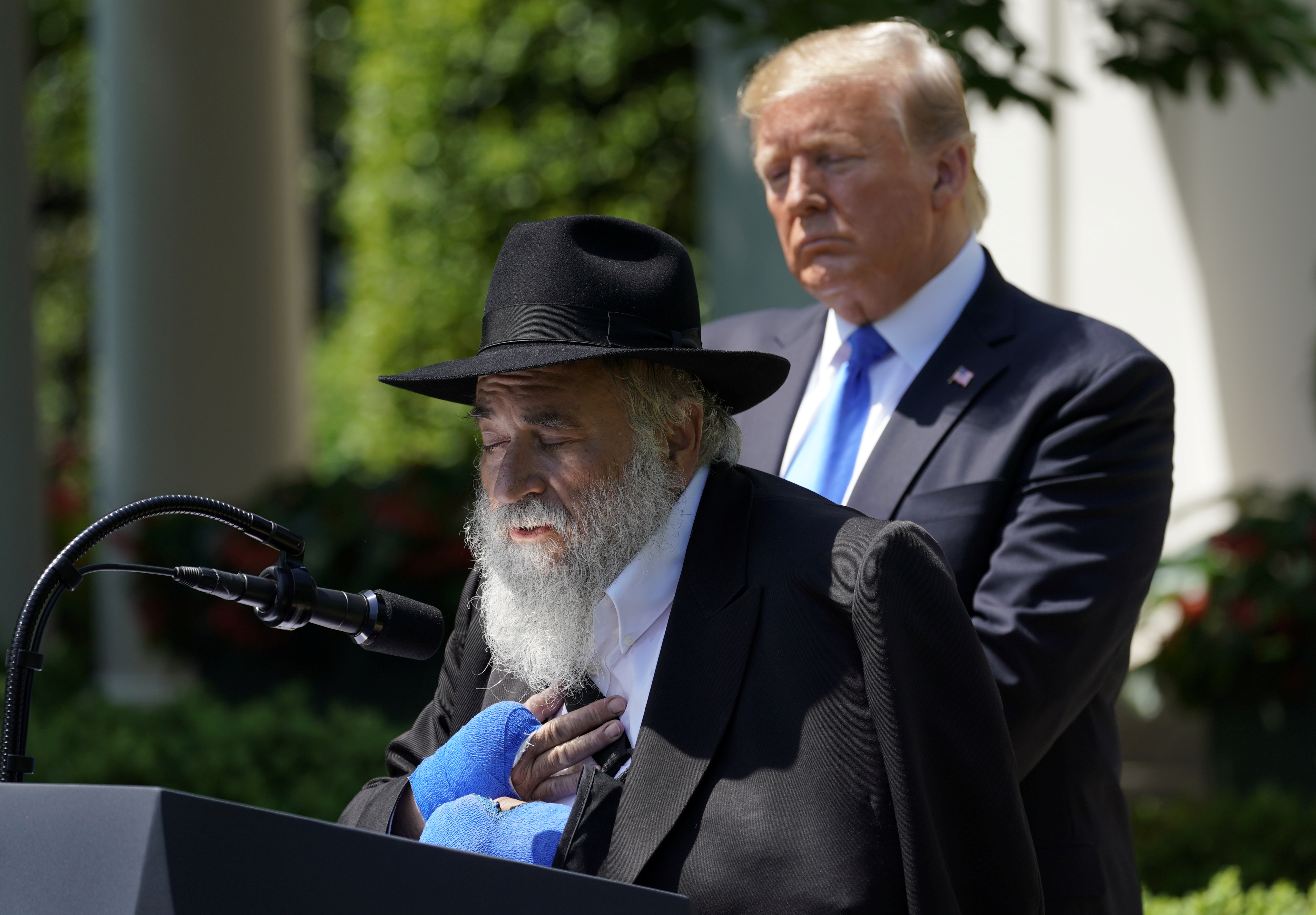 Rabbi Goldstein is seen here delivering his remarks in the Rose Garden during the National Day of Prayer after the shooting in his synagogue. (REUTERS/Kevin Lamarque)

“Many times I said, ‘Jonathan, you work for the Border Patrol. Please arm yourself when you are here; we never know when we will need it,'” Yisroel said at an April press conference.

Morales was carrying his weapon in April when alleged gunman John Earnest opened fire at the synagogue. Morales and combat veteran Oscar Stewart chased the shooter off, earning praise from President Donald Trump.

Rates of anti-Semitism are reaching historic levels, according to the Anti-Defamation League.

Rodkin said gun ownership is a “very logical approach for the situation we’re in.”